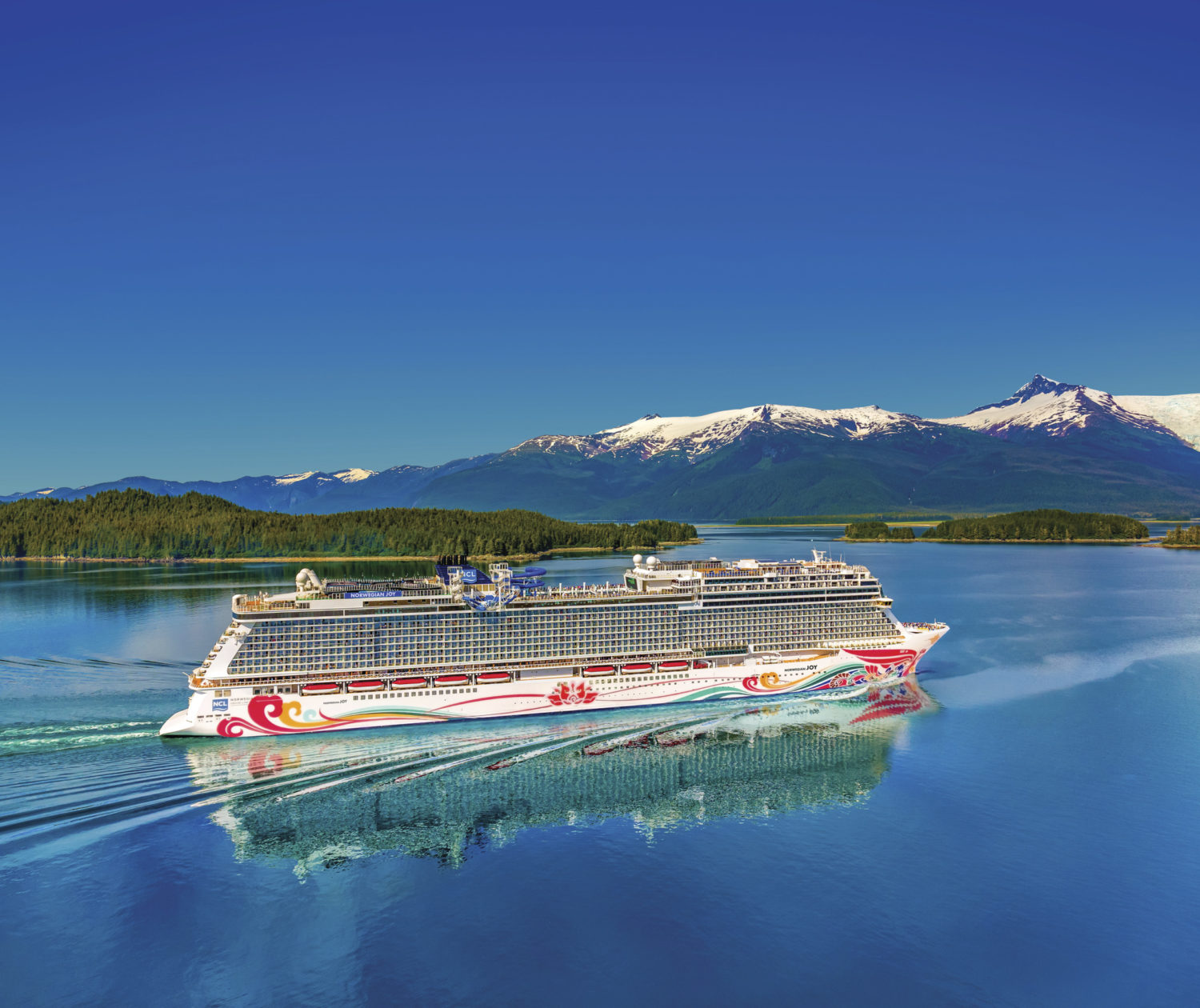 During the ship’s inaugural sailing to Alaska, sister ships Norwegian Joy and Norwegian Bliss, two of the largest cruise ships on the West Coast, met for the first time.

Departing from Seattle, Wash. on May 4, 2019, with pier-side fanfare during Seattle’s official “Day of Joy,” Norwegian Joy set sail on her first Alaska sailing with calls to Juneau, Skagway, Glacier Bay and Ketchikan, Alaska; as well as Victoria, British Columbia. While in Juneau, history was made as Norwegian Joy and her sister ship, Norwegian Bliss, were united as the ships swapped berths at AJ Dock. This event marks the meeting of the two largest cruise ships to ever homeport on the West Coast.

Now on her second Alaskan voyage, Norwegian Joy will make history again as the largest ship to call to Icy Strait Point, Alaska, a cruise ship-exclusive destination that is Alaska Native owned-and-operated and features over 20 excursions, including whale watching tours, ATV and Jeep expeditions and the world’s largest ZipRider.

Furthermore, Norwegian Joy will be the first ship to berth at Icy Strait Point’s upcoming ship pier, built in partnership with Norwegian Cruise Line Holdings Ltd. to accommodate the increased presence of the company’s Breakaway Plus class ships, which is scheduled to be completed for the summer 2020 Alaska cruise season.

Norwegian Joy will continue to call to Alaska through October 5, 2019, before sailing from Vancouver to Los Angeles on a Pacific Coastal repositioning cruise.

From Los Angeles, she will sail to Miami on her first Panama Canal itinerary on October 11, 2019 and will return to the West Coast after a series of Panama Canal-Caribbean cruises from Miami on November 24, 2019 where she will begin cruising to the Mexican Riviera from Los Angeles until January 17, 2020.