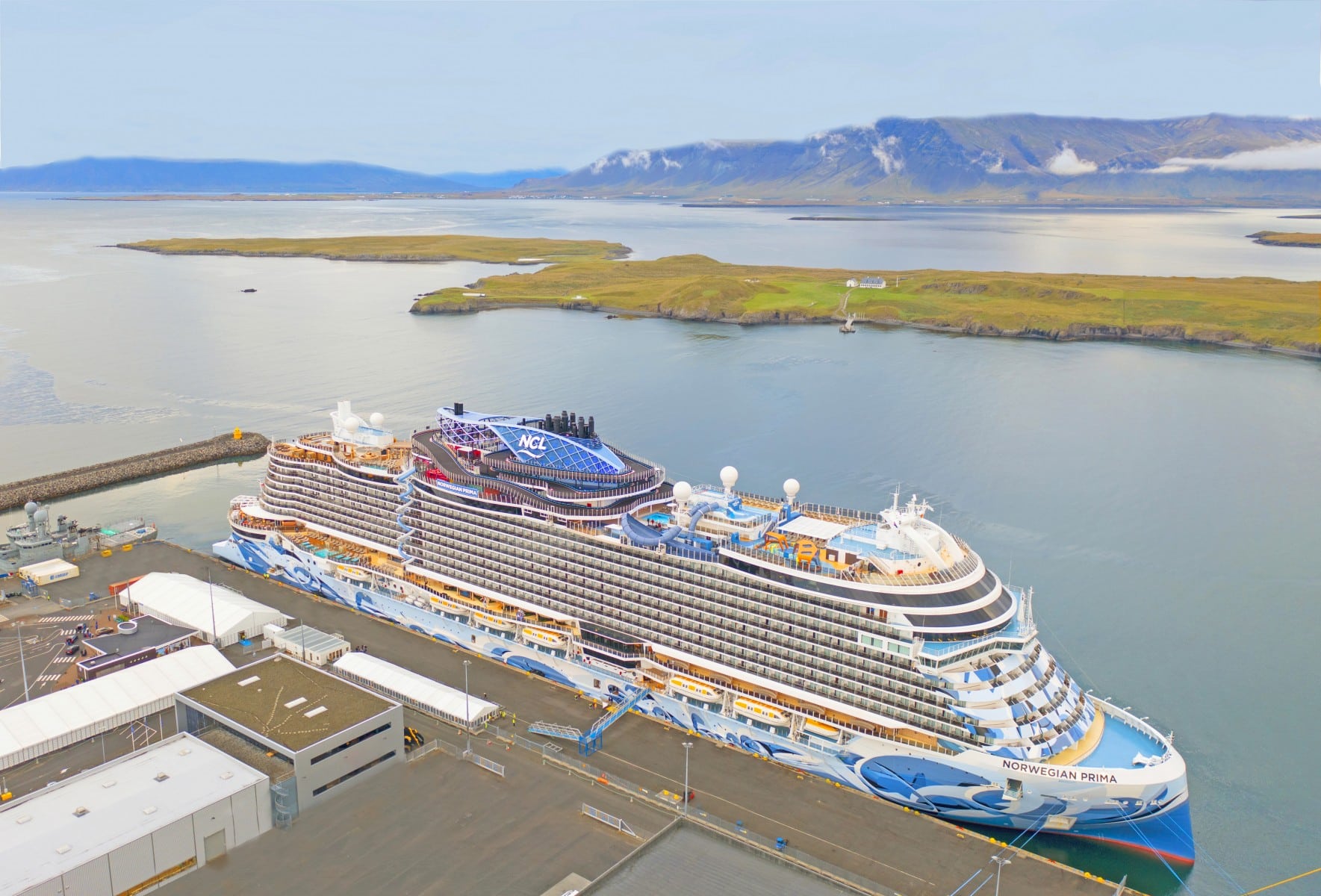 The first of six ships in the groundbreaking Prima Class, Norwegian Prima, debuted to more than 2,500 guests who enjoyed an immersive experience in the beautiful Icelandic capital and a christening celebration like no other.

At 965 feet (294 meters long) and more than 143,535 tons with capacity for 3,100 guests at double occupancy, Norwegian Prima offers the highest staffing levels and space ratio of any contemporary or premium cruise ship.

The cruise ship also boasts the largest variety of suite categories available at sea as well as a redefined The Haven by Norwegian, NCL’s ultra-premium keycard only access ship-within-a-ship concept. Her variety of recreational activities including the fastest slides at sea – The Rush and The Drop – and the Prima Speedway, the first three-level racetrack at sea, provide guests with adrenaline-pumping moments.  View Prices on Cruises on Norwegian Prima

Spaces like Ocean Boulevard, the 44,000 square foot outdoor walk way which wraps around the entire ship; The Concourse, which boasts a multi-million dollar outdoor sculpture garden; and expansive pool decks and infinity style pools at Infinity Beach, offer guests a chance to slow down and relax.

“With her stunning design and unique offerings, Norwegian Prima is in a league of her own,” said Frank Del Rio, president and chief executive officer of Norwegian Cruise Line Holdings Ltd. “As the industry’s most spacious new cruise ship featuring ‘only-available-on-Prima-experiences,’ she is continuing NCL’s legacy of industry firsts. We wanted to launch Norwegian Prima in a location just as special and unique as she is, and Reykjavik’s striking landscape is the perfect setting for such a milestone occasion. We thank the Reykjavik community for welcoming us with open arms.”

Norwegian Prima will depart on inaugural voyages to Northern Europe from the Netherlands, Denmark and England beginning September 3, 2022, before making her way to the U.S. She will then sail voyages to the Caribbean from New York City, Galveston, Texas, and Miami in October and November before settling into her homeport of Port Canaveral, Fla., and Galveston, Texas for the 2023 and 2024 cruise season.