For the first time, Norwegian Cruise Line is offering cruises out of Amsterdam on one of their cruise ships. 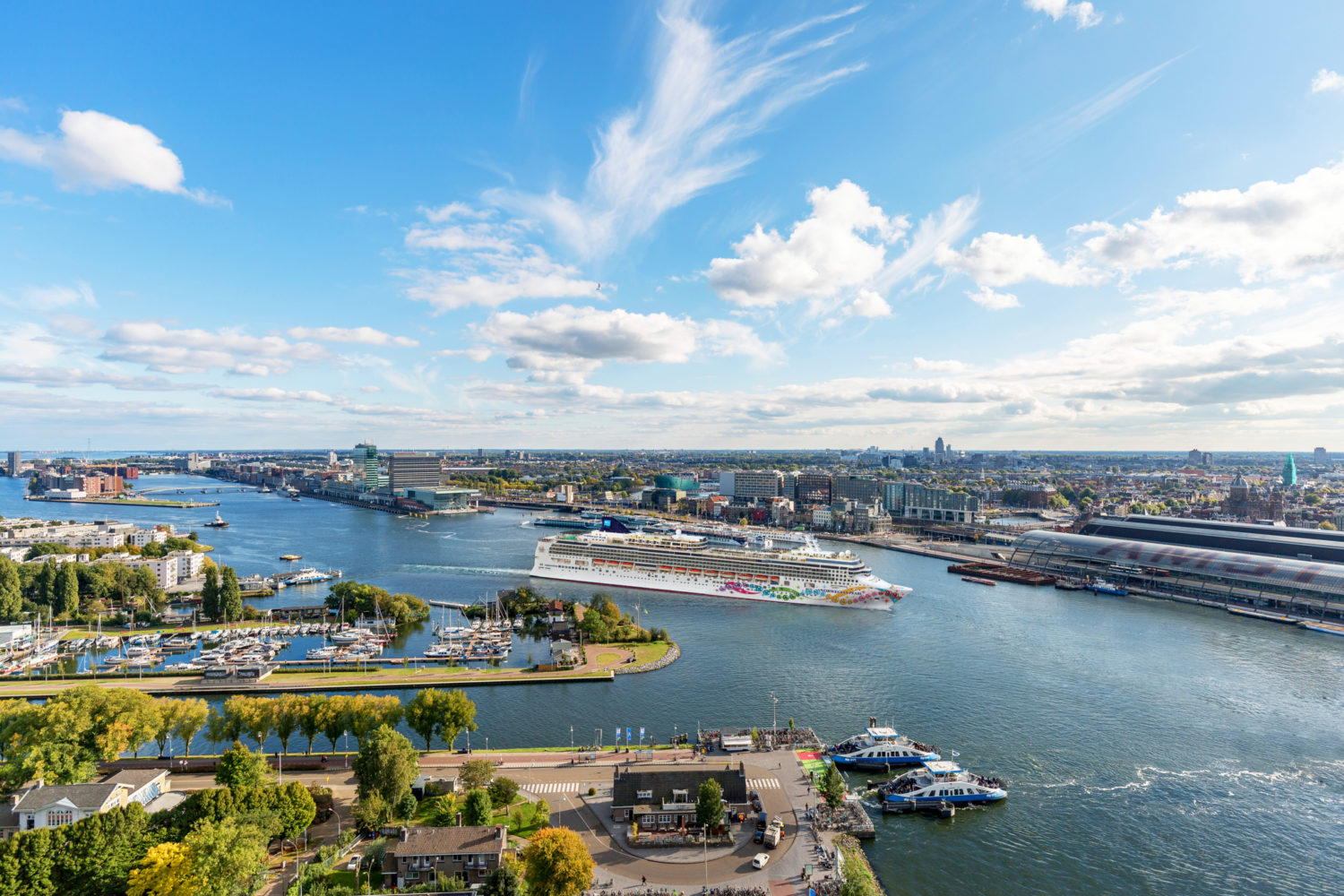 The cruise line is celebrating its first season of cruises from the Netherlands, Amsterdam with the European debut of Norwegian Pearl, growing the brand’s presence to six cruise ships in the region for the first time.

On Saturday, June 8, Norwegian Pearl’s Captain, Paul von Knorring, and the cruise ship’s officers were honored with a plaque and key to the city of Amsterdam from local officials from the Port of Amsterdam, Amsterdam Cruise Port and Passenger Terminal Amsterdam, as part of the maritime tradition.

On May 11, the 2,400-passenger Norwegian Pearl embarked on her first summer season in Europe, where she became the largest ship to sail on the Thames River at Tilbury in Essex, England. She will cruise the North and Baltic Seas until end of June, before repositioning to Rome (Civitavecchia) for a season of varied Mediterranean voyages.

Conveniently located near Amsterdam Airport Schiphol, the third busiest international airport in Europe, and the city’s cultural attractions, guests can explore the various city sites of the Dutch capital from its iconic canals and Avant Garde architecture to its quaint cafes and charming streets before or after setting sail aboard Norwegian Pearl.

During her first season in Europe, Norwegian Pearl will sail 10-14 day cruises to the Greek Isles; the Mediterranean; and the French, Spanish and Italian Riviera’s from Amsterdam, Netherlands; Barcelona, Spain; and Venice and Rome Italy through October 14.

Beyond offering cruises to some of the most sought-after destinations in the region, Norwegian Pearl will also host the first European Jon Bon Jovi Runaway To Paradise cruise from August 26 to 30. The sailing, featuring a concert set by legendary musician Jon Bon Jovi and the 11-piece Kings of Suburbia band, provides guests with one-of-a kind immersive experiences and larger-than-life performances, as they sail from Barcelona to Palma, Majorca, Spain.

Norwegian Cruise Line is the only North American cruise line to offer cruises in Europe year-round.

Ben Souza
Ben is a world traveler who has visited 40+ countries and taken over 70 cruises. His writings have appeared and been cited in various media outlets such as Yahoo News, MSN, NPR, Drudge Report, CNN, Fox, and ABC News. Ben currently resides in Cincinnati, Ohio. Follow Ben on Instagram. Visit Ben Souza on Linkedin. You may email Ben at [email protected]
Cruise NewsNorwegian Cruise LineNorwegian Cruise Line Begins Sailing Cruises out of Amsterdam for the First...
Previous article
6 New Changes Coming to Carnival Cruise Line Through the End of 2019
Next article
Norwegian Cruise Ship Returns to Service After Extensive Remodel