Norwegian Cruise Line continues to renovate their cruise ships as part of the cruise line’s ‘The Norwegian Edge’ program. Norwegian Getaway returned to service last week after receiving a bow to stern renovation. 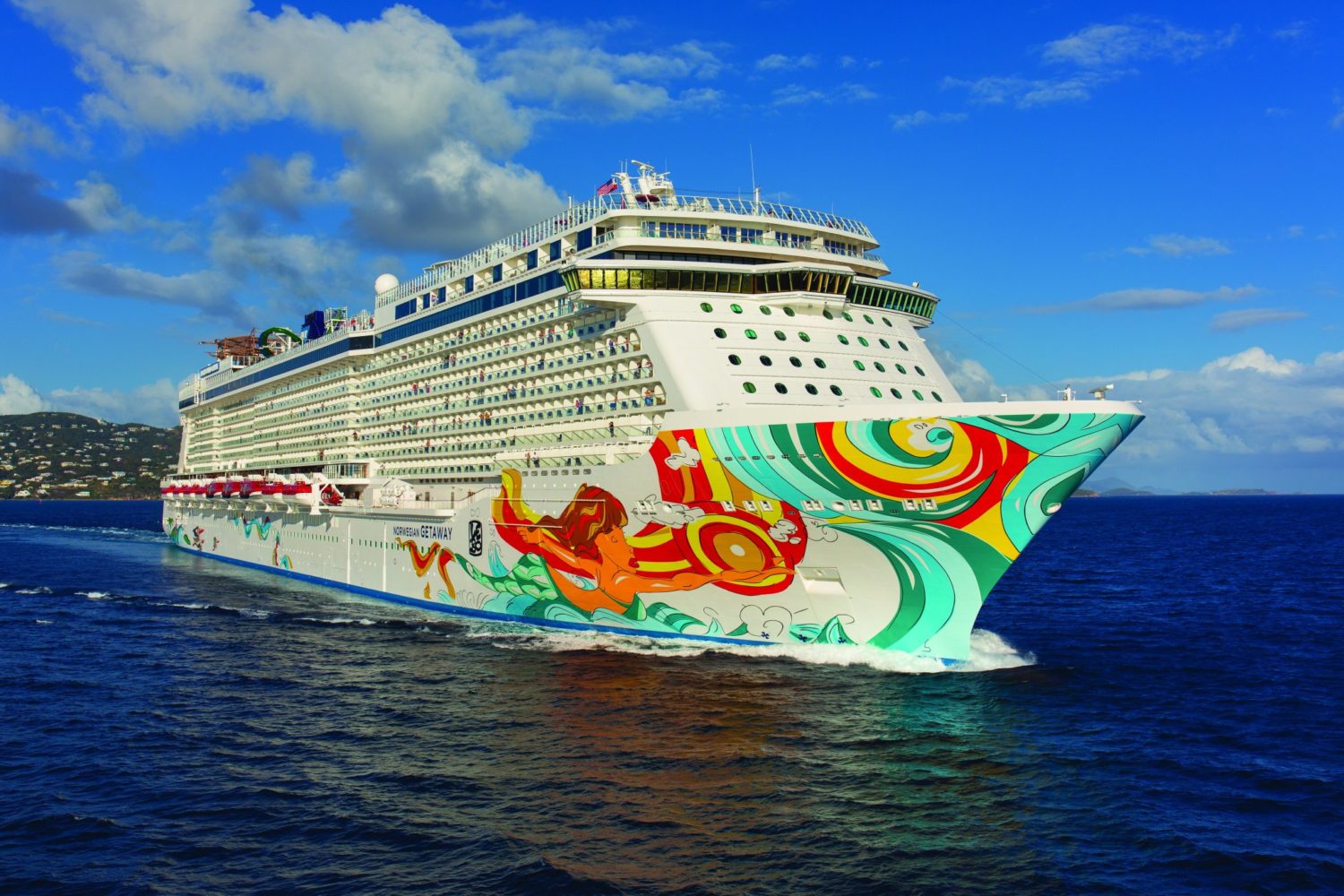 Following a two-week dry dock in Brest, France in late May, Norwegian Getaway returned to Copenhagen, Denmark after completing her first sailing showcasing new venues and artwork, updated social spaces and refreshed accommodations and décor. The renovations were completed just in time for a summer of Scandinavia, Russia and Baltic cruising.

In addition, as part of the revitalization, nearly 800 pieces of art were incorporated aboard the ship, and over 20 percent of those works of art are original pieces. Notable works include an original installment by sculptor Eric Levy, whose work is also featured on Norwegian Joy and Norwegian Escape. The piece is displayed prominently in the ship’s atrium. A striking original work by renowned Barcelona artist and Norwegian Encore Hull Artist, Eduardo Arranz-Bravo, is also featured in The Haven by Norwegian, the company’s ship-within-a-ship concept.

Andy Stuart, President and Chief Executive Officer of Norwegian Cruise Line, gave the following statement about the cruise ship receiving a makeover: “Norwegian Getaway is the youngest ship in our fleet to cruise Europe this season.

We are proud to showcase her and the new experience she delivers to guests exploring the region this summer. A season of European sailing immediately following her multi-million-dollar renovation showcases our commitment to the market, where our brand has been honored as “Europe’s Leading Cruise Line” by the World Travel Awards for the 11th consecutive year.”

Norwegian Getaway will complete her Scandinavia, Russia and Baltic cruising in late October 2019. She will then return to North America to homeport for the first time in New Orleans for a winter and spring of Western Caribbean cruising in November 2019 with routine calls to Norwegian’s premier island destination in Belize, Harvest Caye.

In 2020, Norwegian Getaway will return to Europe to sail the Mediterranean for the first time while homeporting in Rome (Civitavecchia) for a summer of cruising Italy and the Greek Isles.

Ben Souza
Ben is a world traveler who has visited 40+ countries and taken over 70 cruises. His writings have appeared and been cited in various media outlets such as Yahoo News, MSN, NPR, Drudge Report, CNN, Fox, and ABC News. Ben currently resides in Cincinnati, Ohio. Follow Ben on Instagram. Visit Ben Souza on Linkedin. You may email Ben at [email protected]
Cruise NewsNorwegian Cruise LineNorwegian Cruise Ship Returns to Service After Extensive Remodel
Previous article
Norwegian Cruise Line Begins Sailing Cruises out of Amsterdam for the First Time
Next article
Carnival Partners with Thrillist for Comedy Competition Show at Sea