New Cruise Ships That Are Arriving in 2014 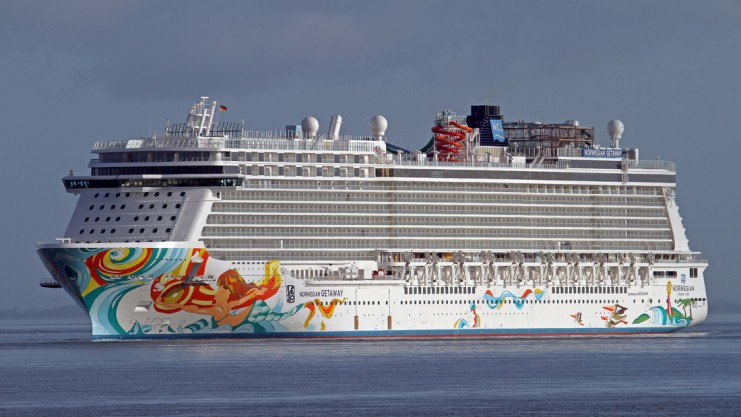 2014 promises to be an exciting year for the cruise industry as cruisers will have a few more ships to choose from when picking out their next cruise.  Royal Caribbean, Norwegian, and Princess each have new ships debuting in 2014 and each bring something new for cruisers.

Let’s take a look at most talked about cruise ships for 2014, where they will be sailing, and when you can start cruising on them.

Royal Caribbean’s Quantum of the Seas

Every stateroom on the Quantum of the Seas will have a view.  Inside cabins will have a “virtual balcony”, a floor to ceiling LCD screen that will show live ocean views.  It will be the first cruise ship to have virtual screens this large.  The ship will also be the first to have a sky diving simulator, bumper cars, and an observation pod (North Star) that will give passengers never before seen aerial views of the ship.

The ship will carry 4,200 passengers and be the largest cruise ship in Royal Caribbean’s fleet after the Oasis Class ships.  The Quantum is scheduled to begin sailing in November, 2014.

Princess announced 2 days ago that the Regal Princess will be done ahead of schedule and the cruise line has added 2 Mediterranean cruises for the ship in May, 2014.  The cruises added will be a 6 day Greek Isles cruise out of Athens and a 7 day cruise out of Venice (Maiden Voyage).  The Regal is the sister ship to the Royal Princess that made worldwide news in May when she was christened by the Duchess of Cambridge, Kate Middleton.

The Regal will sail 12 night Mediterranean cruises from late spring until early fall.  The ship will then re-position to Port Everglades in Fort Lauderdale, Florida for week long cruises during the winter Caribbean season.

The ship will carry 3,500 passengers and will be tied with the Royal Princess as the largest cruise ships in the Princess fleet.

After the very successful debut of the Norwegian Breakaway (2013 Best New Cruise Ship), Norwegian Cruise Line is counting on the Getaway to expand their share of the Caribbean cruise market.  The Getaway will be the largest cruise ship to sail year round out of the Port of Miami when she begins sailing 7 night cruises to the Eastern Caribbean in February 2014.

The Getaway will have many of the same features as the Breakaway and will have an amazing 27 dining options for passengers to choose from.   The ship will have a pirate themed Nickelodeon Kid’s Aqua Park, and ice bar, Broadway shows, a ropes course, the chance to “walk the plank”, and the first every Grammy experience at sea.

The Getaway will hold 4,000 passengers and will begin sailing in February 2014.

Other New Cruise Ships For 2014

Ben Souza
Ben is a world traveler who has visited 40+ countries and taken over 70 cruises. His writings have appeared and been cited in various media outlets such as Yahoo News, MSN, NPR, Drudge Report, CNN, Fox, and ABC News. Ben currently resides in Cincinnati, Ohio. Follow Ben on Instagram. Visit Ben Souza on Linkedin. You may email Ben at [email protected]
Cruise NewsNew Cruise Ships That Are Arriving in 2014
Previous article
New Dining Experiences Coming to Carnival Cruise Line
Next article
Carnival Bringing Dr. Seuss to the Fun Ships