Norwegian Cruise Line has announced that they will be adding a race track to their second cruise ship when Norwegian Bliss is launched in 2018. 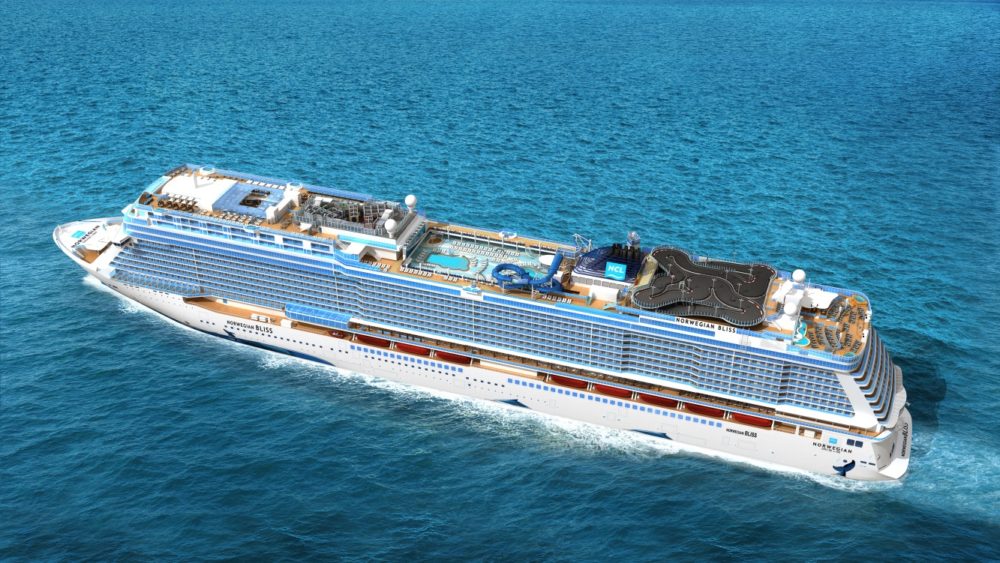 The two level race track will feature electric go karts and the track will be 40% longer than the one currently on Norwegian Joy. This will be the first North American based cruise ship with a go kart track on board. 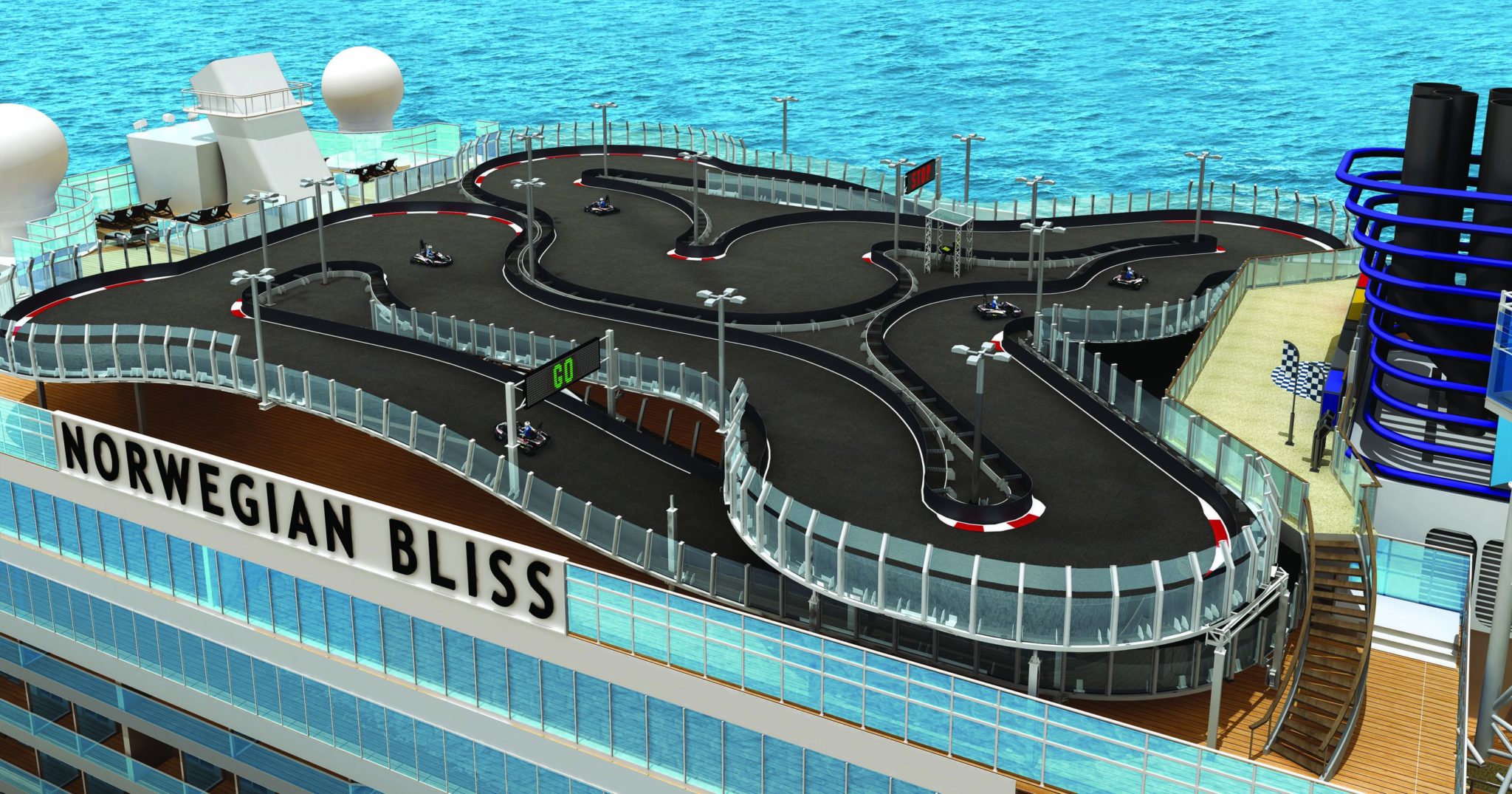 After working up a sweat, guests aboard Norwegian Bliss can cool down at the ship’s expansive pool and sundeck featuring two spacious pools and six infinity hot tubs that scale the side of the ship. The ship’s Aqua Park also includes two multi-story waterslides. Not for the faint of heart, the high-speed Ocean Loops free fall slide includes two exhilarating loops, one that extends out over the side of the ship and a second see-through loop that stretches down to the deck below, sure to offer a wet and wild ride.

The tandem Aqua Racer slide allows guests to race side-by-side on inner tubes for more than 360 feet, with a translucent section that provides stunning ocean views as guests twist and turn to the finish line.

The 4,000 passenger Norwegian Bliss will be Norwegian’s first cruise ship custom built for cruises to Alaska.  The cruise ship will sail seasonally to Alaska for 6 months of the year and spend the rest of the time sailing out of PortMiami to the Caribbean.

Norwegian Bliss will bring the best of Broadway to sea, with the 2006 Tony Award winner for “Best Musical,” Jersey Boys, and a completely new and original show created by Tony Award-winning director and choreographer Warren Carlyle, headlining on the ship’s main stage, the Bliss Theater.

Norwegian Bliss will also feature a new comedy club and nightlife venue, a new theatrical cocktail hour experience, Happy Hour Prohibition- The Musical, an outpost of the legendary Beatles’ venue The Cavern Club and much more.

Foodies and cocktail connoisseurs will be able to dine, sip and savor to their heart’s delight with a breadth of dining and bar options aboard Norwegian Bliss, including signature Norwegian favorites as well as exclusive new concepts that will debut aboard the line’s newest ship.

Norwegian Bliss will serve up premium quality cuisine with fresh ingredients in all complimentary dining venues with rotating menus curated by the brand’s coveted culinary team.  In a new complimentary dining concept, The Local will offer guests pub fare in a relaxed neighborhood atmosphere 24 hours a day.

Norwegian Bliss will have many of the same features of Norwegian Escape including a large water park with water slides and over 20 dining options.

Norwegian Bliss will be the 16th cruise ship in Norwegian Cruise Line’s fleet.

Ben Souza
Ben is a world traveler who has visited 40+ countries and taken over 70 cruises. His writings have appeared and been cited in various media outlets such as Yahoo News, MSN, NPR, Drudge Report, CNN, Fox, and ABC News. Ben currently resides in Cincinnati, Ohio. Follow Ben on Instagram. Visit Ben Souza on Linkedin. You may email Ben at [email protected]
Cruise NewsGo Kart Track Being Added to 2nd Norwegian Cruise Ship
Previous article
How Royal Caribbean Creates the Best Cruise Ships on the Planet
Next article
6 Best Cruise Shore Excursions in the South Pacific