If you love sailing on Carnival Cruise Line, you now have the opportunity to buy one of the cruise ships that sailed in their fleet.  A former Carnival cruise ship, Holiday, is still for sale on QPS Marine Ships for a mere $55,000,000. 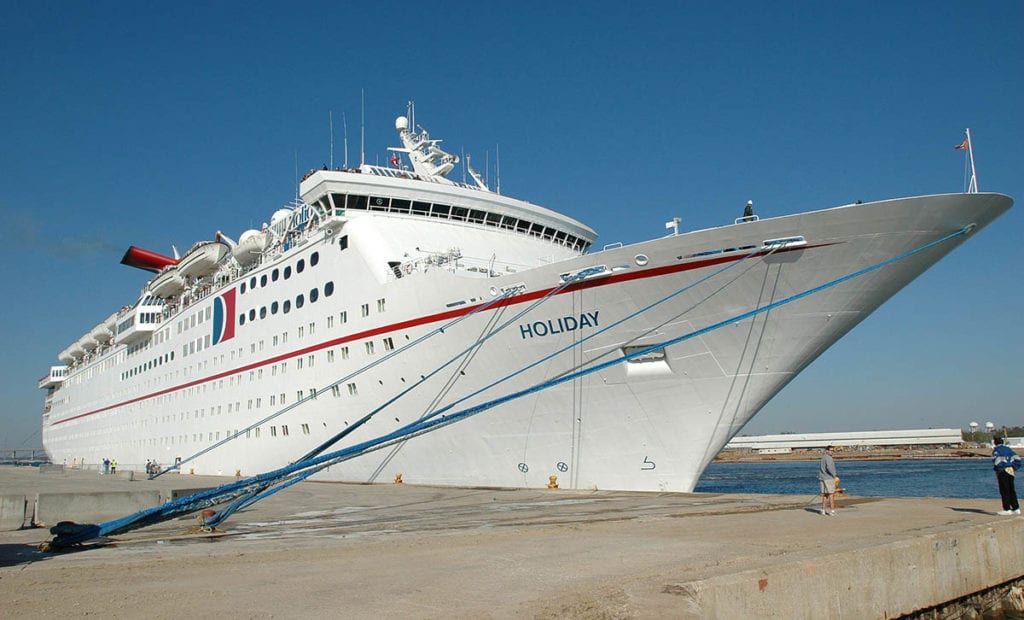 The 1,452 passenger cruise ship was built by Carnival as the first Holiday class ship.  The 46,052 gross ton ship, considered small by today’s standards, went into service in 1985 and was named Holiday.  The cruise ship remained with Carnival Cruise Line for 24 years until 2009 when the ship was transferred to sister line Iberocruceros.  After a five year stint with Ibero, the vessel was bought by Cruise & Maritime Voyages and now sails under the name MS Magellan.

The cruise ship has the following features:

The cruise ship was used to house victims of Hurricane Katrina in 2005 .  The vessel was also used as a hotel for the Winter Olympics in Sochi, Russia in 2014.

The listing page where the cruise ship is for sale has the following history listed for the vessel:

“Built by Aalborg Værft in Ålborg, Denmark, this ship entered service for Carnival Cruise Lines in 1985. The ship’s condition had been in decline until 2003, when she was sent into the dry docks and renovated. In 2005, during Hurricane Katrina, she was taken out of service to be used as temporary housing for the victims of the storm, and to also be used to aid the victims of the storm. After leaving Mississippi, she again went to the dry docks for an additional three weeks of renovations. New carpeting and plumbing were added and repairs to the propellers were made, among other improvements.

She resumed her normal route in the Western Caribbean, sailing from Mobile, Alabama until November 2009. In November 2009, she was retired from the Carnival fleet and was later transferred to the fleet of another cruise line owned by Carnival Corporation & plc. However, the Carnival style funnel was only repainted.”

You can view the listing on QPS Marine Ships here.