Viking took delivery of their newest ocean cruise ship, Viking Jupiter, earlier this week. Viking Jupiter is the sixth cruise ship added to Viking’s fleet since the cruise line debuted in May 2015. 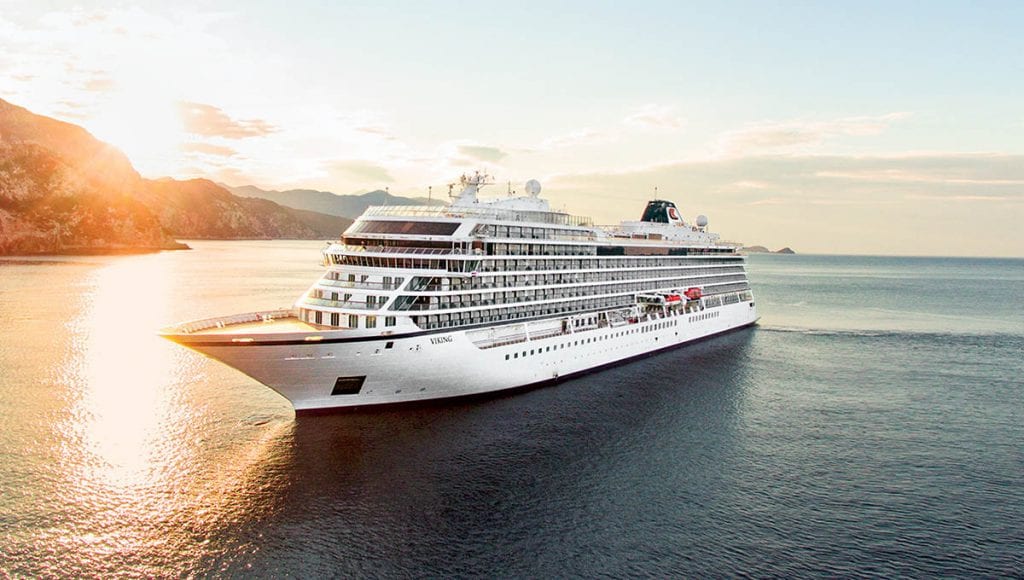 The delivery ceremony took place on Thursday when the cruise ship was presented to the cruise line at Fincantieri’s shipyard in Ancona, Italy.

On February 16, Viking Jupiter will be the first in Viking’s fleet to sail the Journey to Antiquities itinerary, a new itinerary sailing between Athens and Rome offering guests the chance to experience the Mediterranean during the quiet season. During its maiden season, Viking Jupiter will sail itineraries throughout the Mediterranean and then Scandinavia. The ship will officially be named in Oslo, Norway on June 6 by her ceremonial godmother, Sissel Kyrkjebø, the acclaimed Norwegian soprano.

The cruise line will continues their rapid growth with ten additional ships planned for delivery starting in 2021, which could bring Viking’s ocean fleet to 16 ships by 2027.

Viking offers a compelling value compared to other cruise lines. Every cruise fare includes an outside stateroom, a complimentary shore excursion in each port of call, all onboard meals, and all port charges and government taxes.

Guests also enjoy many complimentary amenities as part of their fare, including: beer and wine with lunch and dinner service; alternative restaurant dining; free Wi-Fi; self-service laundry; access to the Thermal Suite in the LivNordic Spa; and 24-hour room service.