With cruise lines building more new cruise ships than ever before, cruise ports around the country are seeing a record number of passengers. The Port of New Orleans (Port NOLA) set a new record in 2018 with 1,182,111 cruise passenger movements, up 2.3 percent compared to a year ago. 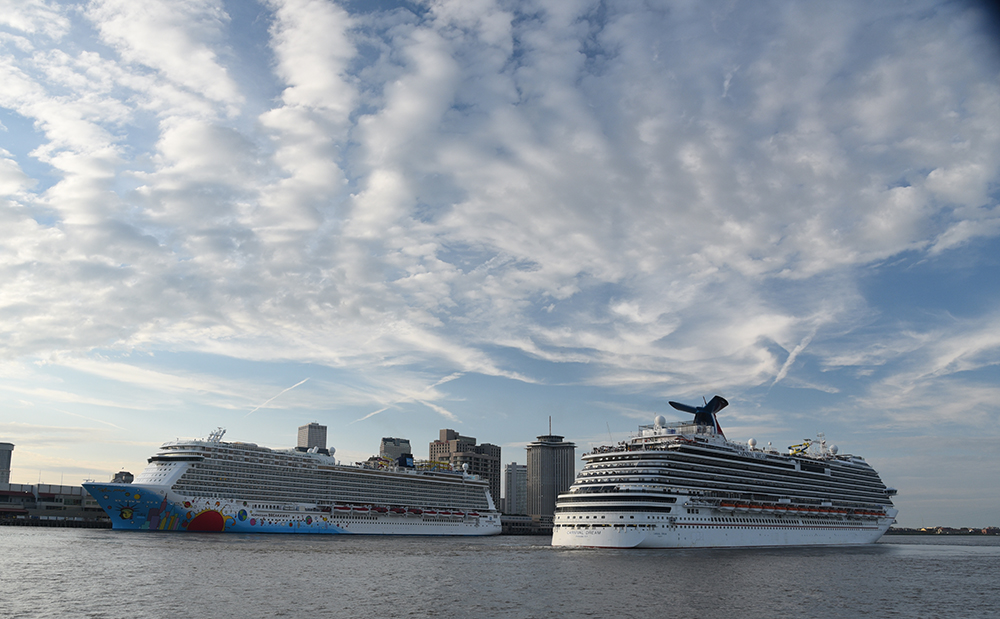 A 23 percent surge in guests taking Mississippi River cruises helped buoy the total, with new and larger cruise ships set to sail from New Orleans both to the Caribbean (the world’s most popular cruise destination) and on the river in 2019.

In September, Disney Cruise Line announced it will sail from Port NOLA in early 2020. The 2,700-passenger Disney Wonder will embark on a variety of Caribbean and Bahamian cruises from New Orleans – marking the first time Disney Cruise Line will have a homeport in Louisiana.

Port NOLA, the sixth-largest cruise port in the United States, also made headlines in November 2018 when it welcomed its largest cruise ship to date, the 4,000-passenger Norwegian Breakaway, which will sail seven-day cruises through April 2019.

The company’s 184-passenger American Song, the first modern riverboat in the U.S. on the Mississippi River, debuted in 2018 and will be replaced this year by her new sister ship American Harmony.