Carnival Cruise Line has revealed a new zone that will be on their newest cruise ship that debuts later this year, Carnival Celebration. 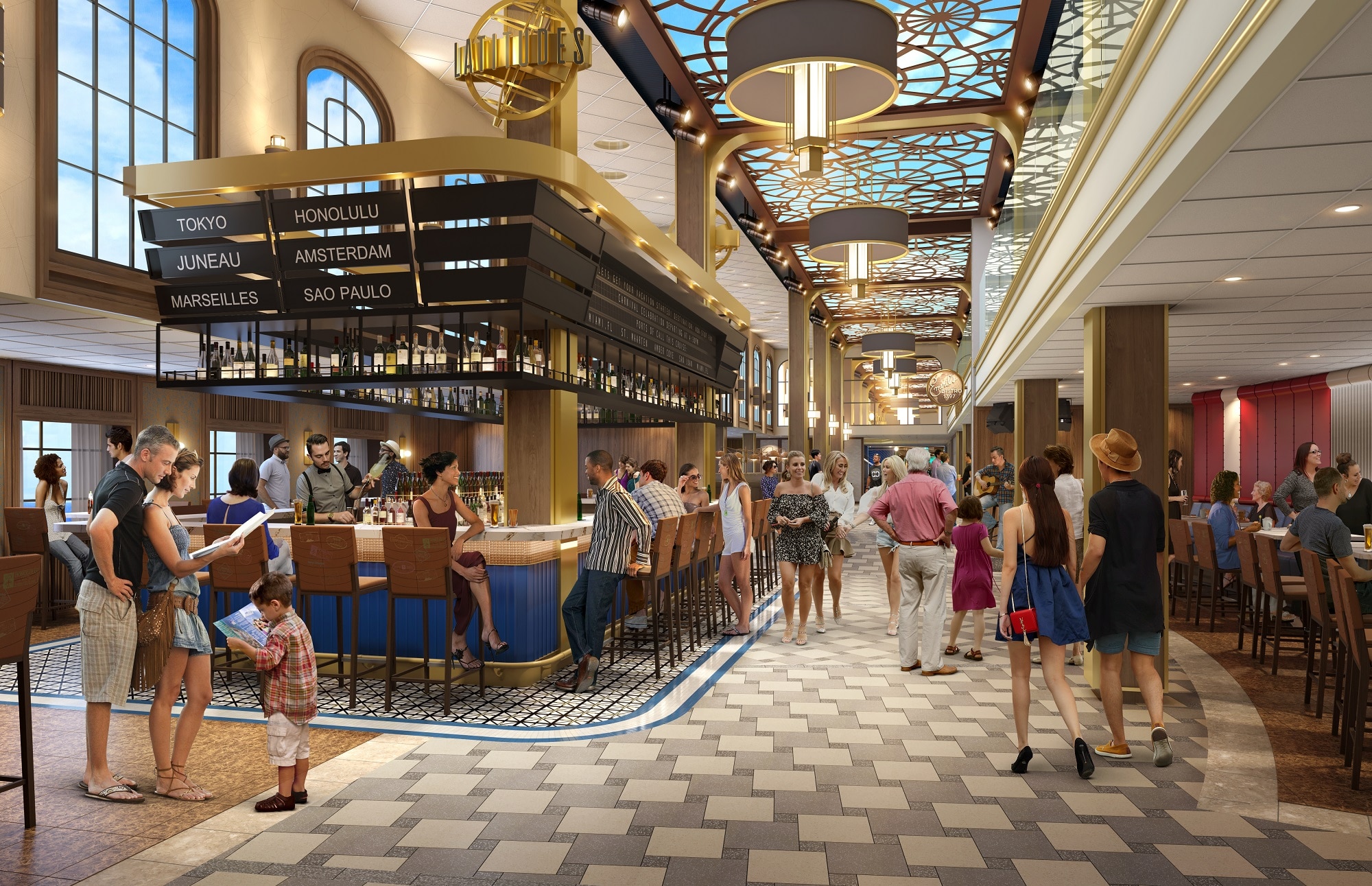 Carnival Celebration will be the cruise line’s second Excel class ship and will offer cruises to the Caribbean from Miami.

The new zone, The Gateway, will have design and décor inspired by grand terminals, transportation stations and departure points around the world, the entertainment, dining and shopping zone will feature a promenade highlighted by 12 high-definition multimedia virtual windows displaying unique scenes. 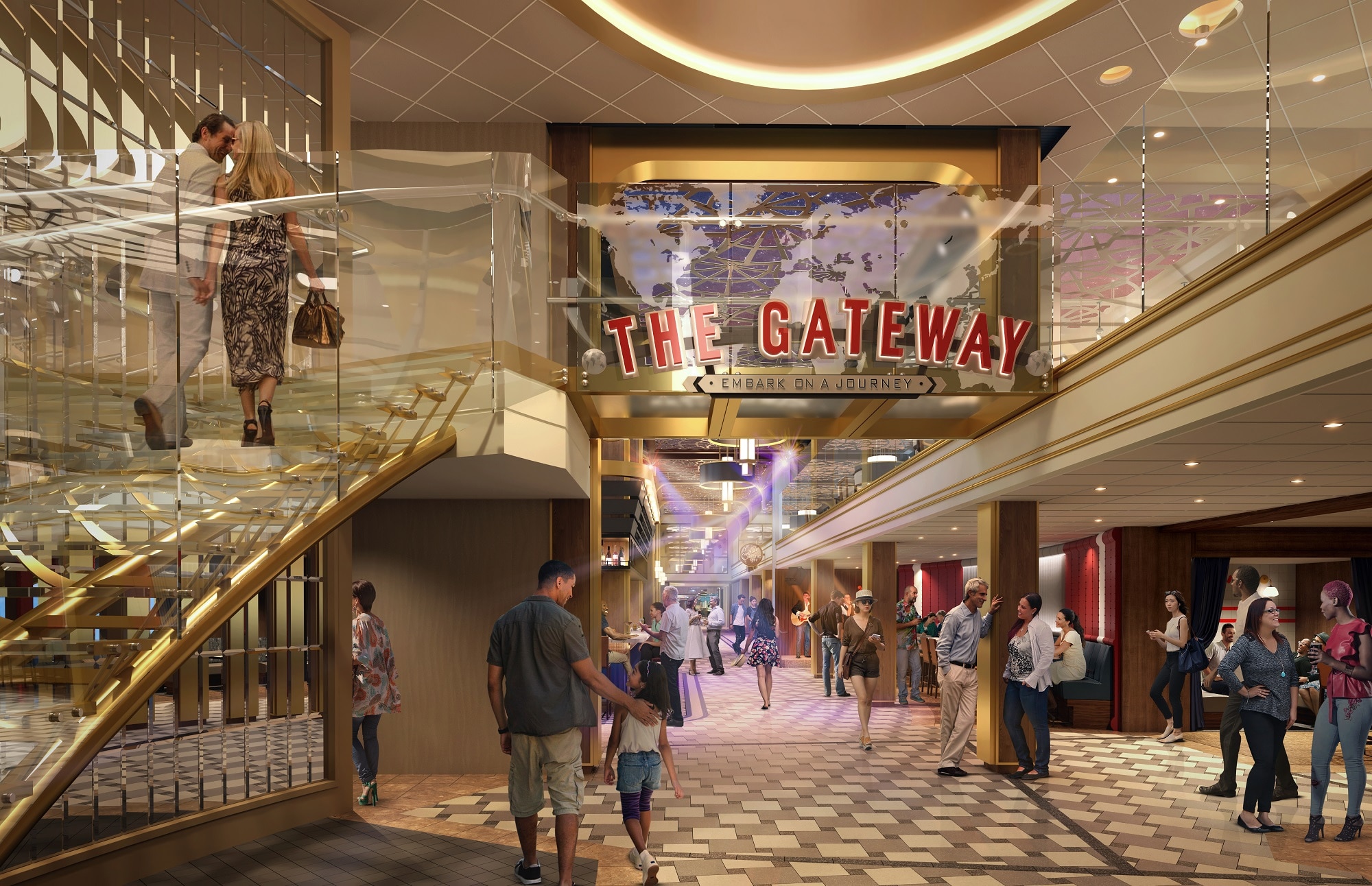 The 9.5′ by 5′ windows and the nearly 100′ LED ceiling will be complemented by show lighting and a state-of-the-art sound system to create a truly immersive experience throughout the zone.

By day, guests will be entertained with relaxing scenes like a sunny sky, but by night, the zone will take varying nightly themes, transporting guests to far-off places throughout the world. Some of the theme nights will include Abroad in Europe, Far East Voyage and Mexico Lindo.

The Gateway will also feature a large digital map display showcasing the locations of Carnival’s ships around the world in real time. The zone will be home to the recently revealed bar and lounge, The Golden Jubilee, as well, which ties into the zone’s theme of travel, celebrating Carnival Cruise Line’s 50 years of fun and the line’s Fun Ships that have served as their own destinations and as a means to travel around the world for the past five decades. 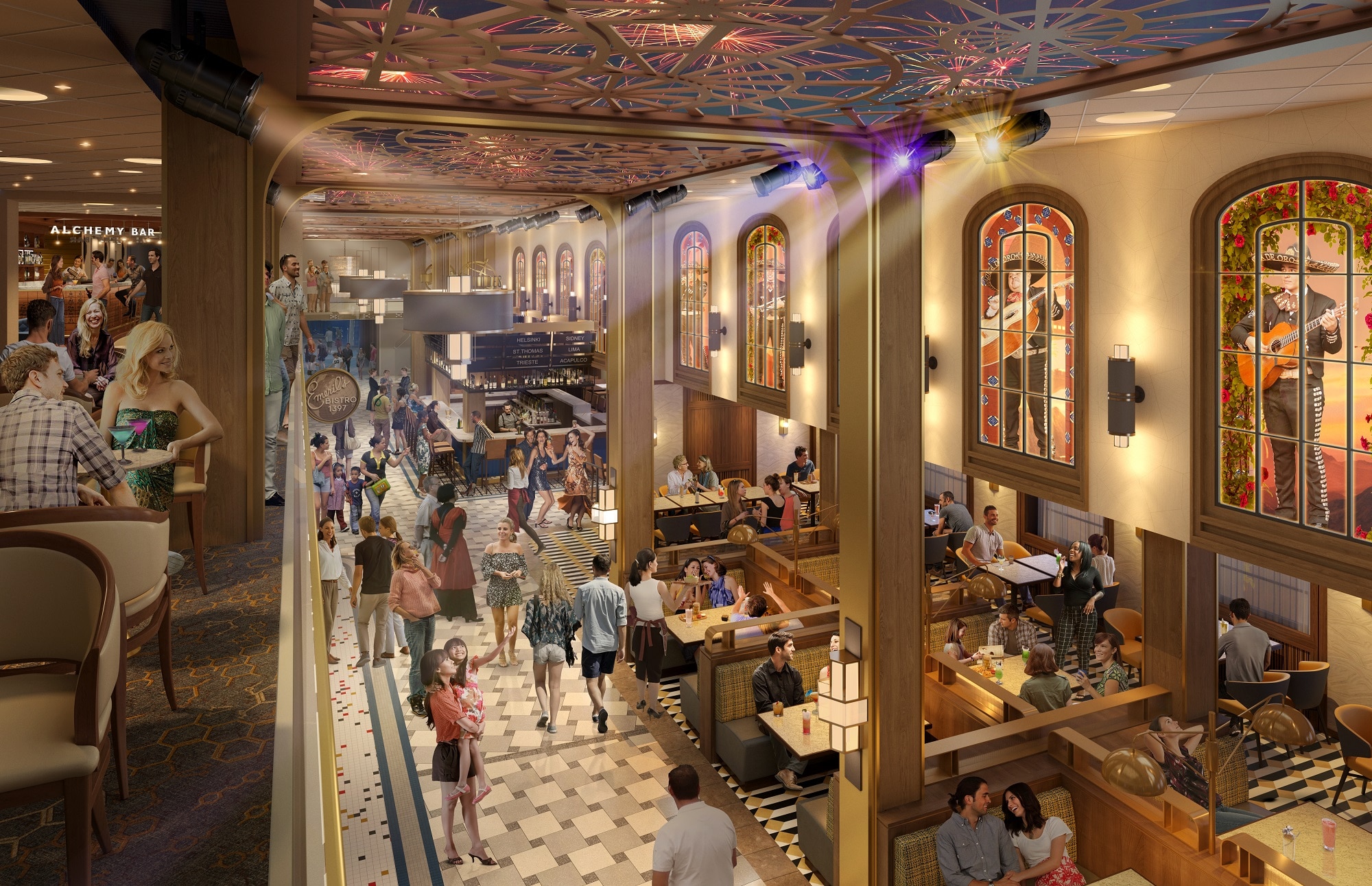 “The Gateway was created to celebrate the enriching experience we all feel when traveling – not only because of the destinations we travel to, but also the world of cultures we get to explore,” said Christine Duffy, president of Carnival Cruise Line. “We have millions of guests and team members who come from around the world to have fun together and create a welcoming and inclusive environment while sailing to new places – that is the beauty of traveling, especially on a Carnival ship, and that is what this zone will celebrate.”

The Gateway’s main promenade will be home to a new travel-inspired bar concept, Latitudes. Latitudes will be reminiscent of a classic airport or train station with travel-themed chairs, menus and a mechanical split-flap display board, a modern take on the classic “departures” board that is being custom built by Oat Foundry in Philadelphia.

Uniquely designed to come to life periodically with motion and sounds, including the familiar clack clack sound that sparks memories of past travels, the board will change to display the bar’s daily menu offerings and will include messages to support the imagery on the surrounding virtual windows. Offerings will include cocktails, spirits and wines from destinations around the world as well as special tastings and samplers. 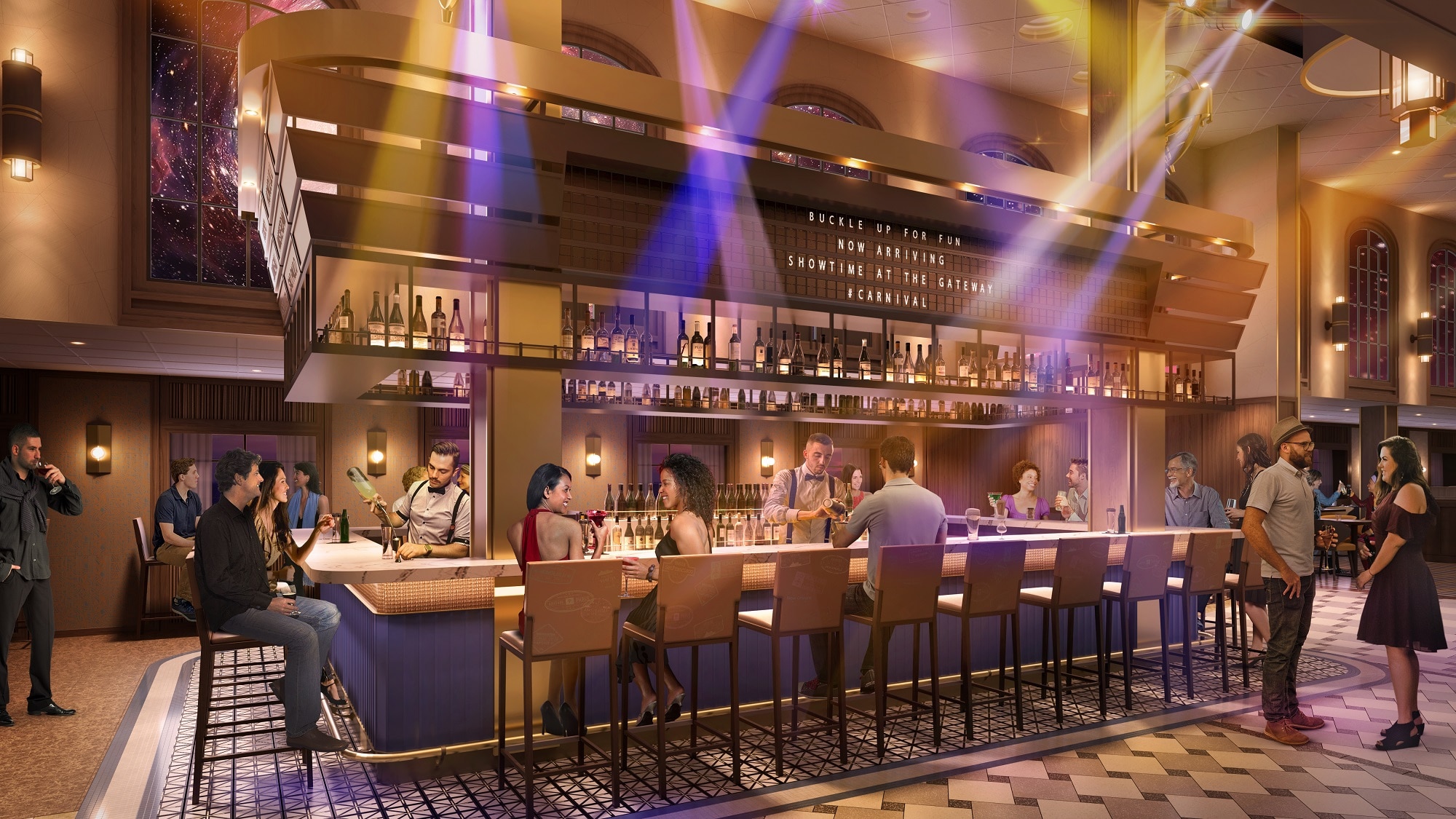 Carnival Celebration will be the second Carnival Cruise Line ship to be powered by a Liquefied Natural Gas (LNG) propulsion system, part of Carnival Corporation’s green cruising platform, and will include BOLT, the award-winning roller coaster at the top of the ship.

Carnival Celebration will debut in November from the redesigned state-of-the-art Terminal F at PortMiami, Carnival’s third terminal at the port and its largest in South Florida. The terminal will be among the first to be shore-power ready in 2023.