Royal Caribbean has finally lifted the curtain on Ultimate Abyss, a ten story slide that will be on the world’s largest cruise ship, Harmony of the Seas. 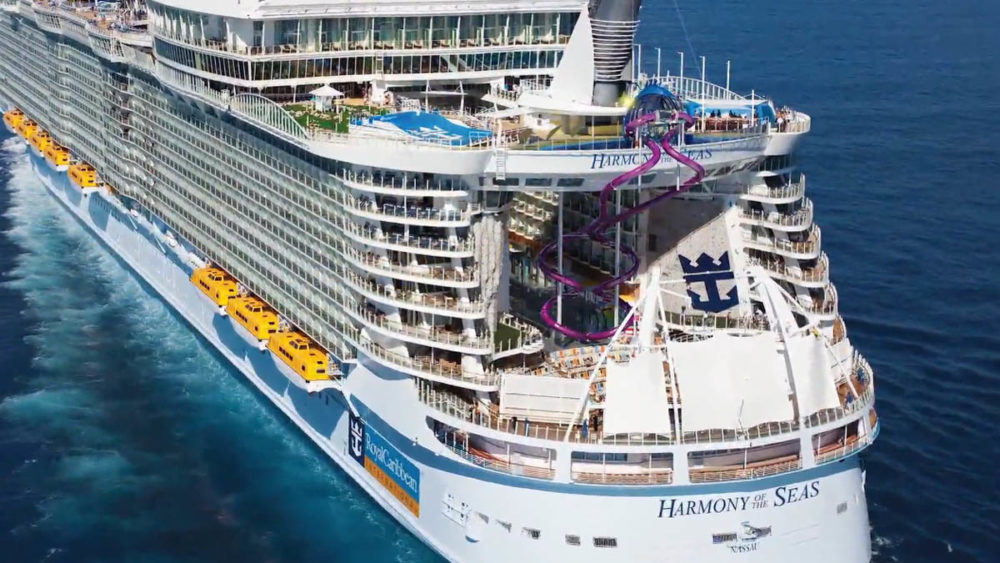 Ultimate Abyss will be the tallest slide at sea with a drop of more than 100 feet.  The slide will be located over the Aqua Theater in the aft part of the ship between the flow riders. After a series of twist and turns, passengers will end up on the Boardwalk, 10 stories from where they started.

Ultimate Abyss is not a waterslide, and it’s custom built just for Harmony of the Seas. Royal Caribbean said that the slide promises to be the world’s biggest, world’s best, and the world’s most exciting slide at sea. There will also be two different slides for twice the thrill.

Harmony of the Seas will be the largest cruise ship in the world (over 227,000 gross tons) when the ship makes its debut in the spring of 2016. Watch the Royal Caribbean video below for more information and photos of Ultimate Abyss, the tallest slide at sea.

ABOUT US
Two brothers started Cruise Fever in 2011 when they decided they couldn't stop cruising so they might as well write about it. Do you have Cruise Fever too? Follow along on this incredible voyage!
FOLLOW US
© 2011-2021, Cruise Fever ®. All rights reserved
4.6K Shares
Share4.6K
Tweet
Pin8
Email
Share