Princess Cruises rolled out the gold carpet and held the naming ceremony for the Regal Princess on Wednesday evening in a star studded celebration in Fort Lauderdale, Florida. The event also kicked off the 50th anniversary celebrations for Princess Cruises. 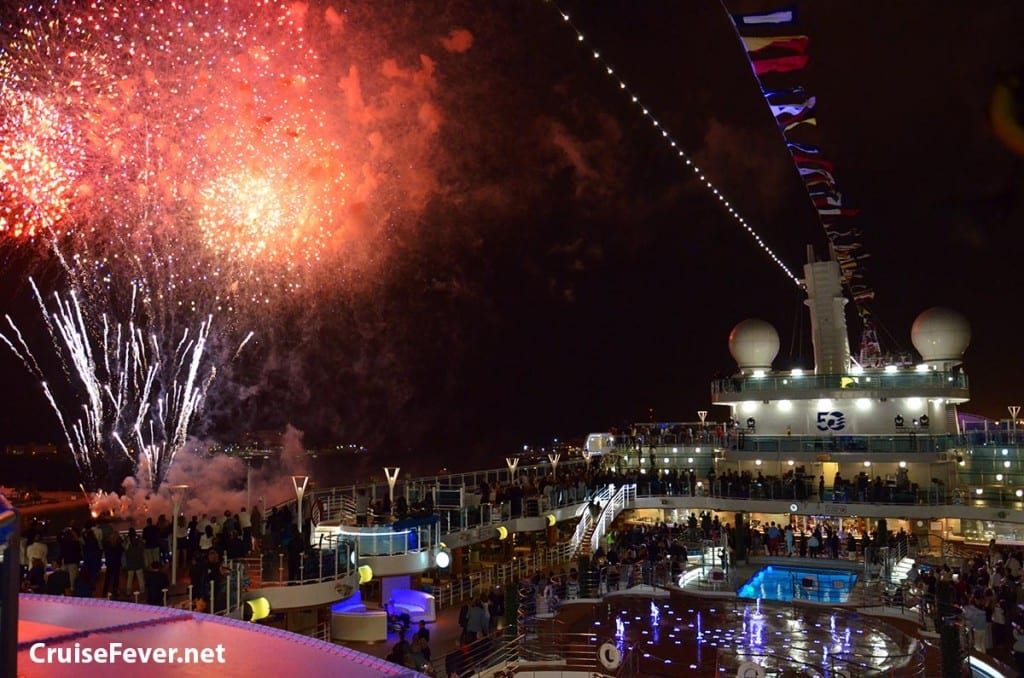 The original cast of the hit TV show the Love Boat reunited with a host of guest stars from the show as Princess Cruises paid homage to the role that they played in the cruise line’s history.

Gavin MacLeod, Bernie Kopell, Fred Grandy, Ted Lange, Lauren Tewes, and Jill Whelan serve as the godparents to the Regal Princess.  Along with the 6 original cast members, 24 guest stars from the show were on hand with TVs favorite mom, Florence Henderson serving as the master of ceremonies.

The event started with a video celebration of Princess Cruises’ 50 year history with a performance by Mosaic. Jack Jones, the singer of the Love Boat’s theme song, made an appearance and delighted everyone onboard the Regal Princess with a rendition of the theme song.  A special tribute was also given to Princess Cruises founder Stanley B. McDonald.

The Regal Princess is a 141,000 gross ton ship that can carry 3,500 passengers and is a sister ship to the Royal Princess.  The ship sailed its inaugural cruise on May 20, 2014 in the Mediterranean and is captained by Edward Perrin.  The ship will sail a maiden 3 night cruise to the Bahamas before beginning week long cruises to the Caribbean.