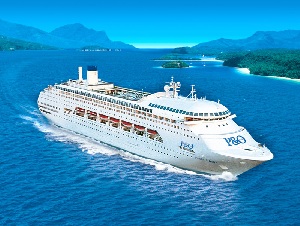 P&O Cruises has not revealed many details of their newest ship that will soon begin construction in Italy, but the company has promised it would carry more passengers than any of their previous ships.

The ship’s design is already being called a “modern classic” and its interior is being designed by the British company, Richmond, which has also helped design Langham London, Mandarin Oriental Hyde Park, The Intercontinental London and Four Seasons Hampshire Hotel.

Speaking at a ceremony marking the first steel-cutting for the ship at the Fincantieri shipyard, managing director Carol Marlow said: “Richmond’s design will make a stunning statement across the entire ship’s interiors.

“Through their ideas they will imbue the ship with a cohesive personality which works across all the public areas including the cabins, cafes, bars, restaurants and lounges.

“Richmond’s designs will add an elegant and timeless Britishness to appeal to everyone who steps on board, and will facilitate an excellent evolution of the ‘P&Oness’ our passengers know and love.”

P&O Cruises is headquartered in the UK and its parent company is Carnival Corporation.  P&O Cruises is the oldest cruise line in the world, having operated the world’s first passenger ships in the early 19th Century.

The cruise line currently has 7 ships and takes up about 5% of the cruise market.  P&O Cruises offer sailings around the world including the US and Canada, Africa, Australia, Caribbean, Meditterean, South American and more.

J. Souza
Jon got hooked on cruising after his first cruise on his honeymoon, and today he is always looking for cruise deals and reading information about the cruise industry. Jon lives in the foothills of North Carolina and wishes there were a cruise port that far inland. Jon can be reached at [email protected]
Cruise NewsP&O Crusies Building Their Largest Cruise Ship
Previous article
Grand Cayman Cruise Port Review & Tips
Next article
Meningitis Outbreak on MSC Cruise Ship