Carnival Corporation has signed an agreement with Shell to fuel the first LNG-powered cruise ships in an industry first “green-cruising”. These ships will be the first cruise ships to use LNG fuel to generate 100 percent of the ship’s power both in port and while at sea. 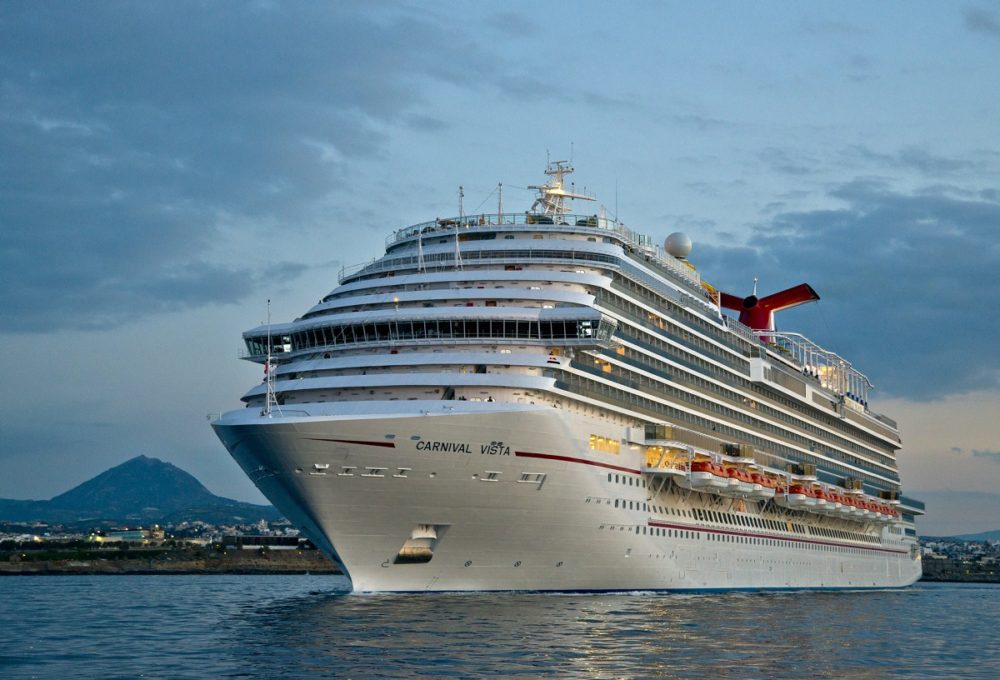 LNG is the world’s cleanest burning fossil fuel and Shell Western will become the supplier for Carnival’s next generation LNG-powered cruise ships that will begin to debut in 2019.

As part of the agreement, these two ships (one for AIDA and one for Costa), built with Carnival Corporation’s next-generation “green cruising” ship design, will utilize Shell’s infrastructure in cruise ports to refuel with LNG throughout their itineraries. The vessels, equipped with dual-fuel engines, are the first of a new generation of cruise ships fully powered by LNG both while in port and at sea — an industry first and an environmental breakthrough that will improve air quality with cleaner emissions and produce the most efficient ships in company history.

Pioneering a new era in the use of alternative fuels that reduce air emissions, these ships will be the first in the cruise industry use LNG to generate 100 percent of the ship’s power both in port and while at sea – an innovation that will significantly improve air quality to help protect the environment and support Carnival Corporation’s aggressive sustainability goals.

Tom Strang, senior vice presidnet of maritime affairs with Carnival Corporation, gave the following statement: “We are committed to reducing our air emissions and improving air quality by evaluating new and established solutions such as LNG — an especially promising option because of its environmental and other benefits.

We are proud to be on the forefront of advancing LNG as a fuel source for the cruise industry and creating an entirely new model for powering next-generation cruise ships. We look forward to a productive partnership with Shell, which has the experience and shared commitment to quality, safety and operational efficiency needed to help us bring this innovative LNG initiative to life with the first fully LNG-powered ships in the global cruise industry.”

This agreement builds on the partnership established between Carnival Corporation’s AIDA Cruises brand and Shell in April of this year to supply its AIDAprima ship with LNG to power the vessel while docked. The AIDAprima is the first cruise ship in the world to use LNG while in port, leading to a major reduction in emissions. Additionally, the agreement furthers the realization of Carnival Corporation’s LNG efforts that began in 2015 with AIDAsol becoming the first cruise ship in the world to be supplied with power by an LNG hybrid barge, which also saw major benefits while in port.

Today’s announcement was made on the heels of the company’s order in September of three additional next-generation cruise ships that will be fully powered by LNG, bringing its fully LNG-powered ship orders total to seven across four of its 10 global cruise lines. Two of the new LNG-powered ships are designated for the world’s most popular cruise brand, Carnival Cruise Line, with delivery dates expected in 2020 and 2022, and one is designated for P&O Cruises UK with an expected delivery date in 2020. The remaining two vessels will also be built for the Costa Cruises and AIDA Cruises brands and are expected to enter service in 2021.

Together, these 101 cruise ships visit over 700 ports of call all around the world each year.  Carnival has ordered an additional 18 new cruise ships that are scheduled to be delivered in the next six years.