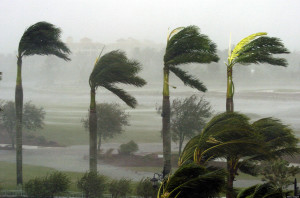 Tropical Storm Gabrielle has regained strength and is on a path near Bermuda tonight and into tomorrow. The storm had previously lost most of its strength after moving over parts of Puerto Rico and the Dominican Republic.  TS Gabrielle currently has maximum sustained winds of 50 mph and is moving north at 9 knots (10 mph).  The storm is not expected to gain enough strength to turn in to a hurricane (74+ mph winds).

The Norwegian Breakaway is scheduled to dock in Kings Wharf on September 11 and stay in port until September 13.

No other cruise ships are scheduled to arrive in Bermuda until Royal Caribbean’s Granduer of the Seas on September 15.  Tropical Storm Gabrielle should have moved far north of Bermuda by the 15th.

Norwegian Cruise Line has not announced any changes to the Breakaway’s itinerary at the time of press.  However, there are unconfirmed reports that the ship will arrive in Bermuda on Wednesday afternoon.

For the latest information on TS Gabrielle and other tropical storm/hurricanes that are in the Atlantic/Caribbean, visit the National Hurricane Center.

Cruise Fever will continue to monitor Tropical Storm Gabrielle and will update this page with any information and updates as they come in.