MSC Cruises celebrated a milestone today with the float out of their next generation cruise ship, MSC Meragivlia, at the STX France shipyard in Saint Nazaire.  MSC Meraviglia is scheduled to enter service in June 2017. 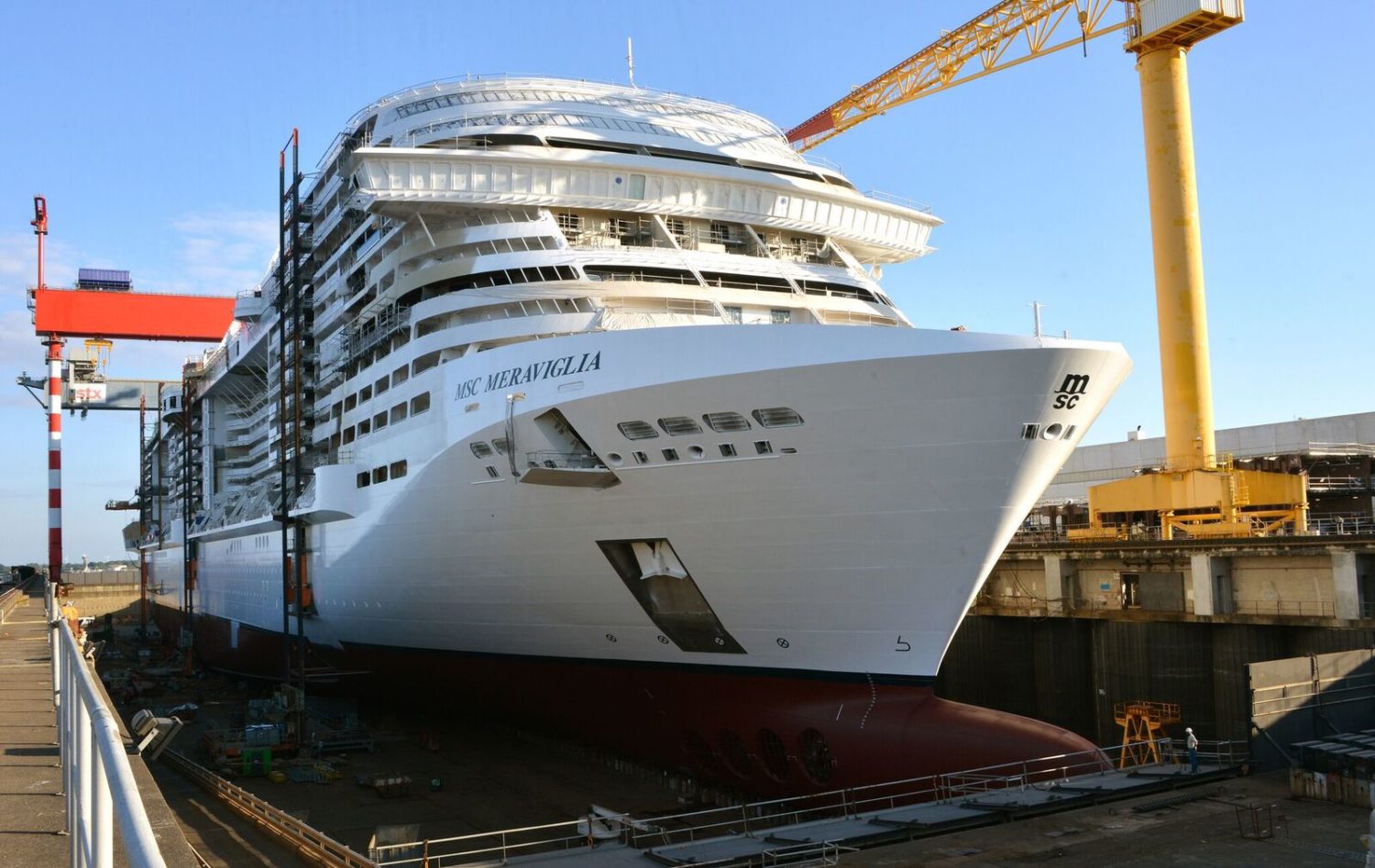 In addition to the float out, the cruise line also announced the name of their 2nd Meraviglia class ship, MSC Bellissima.  MSC Bellissima will enter service in the spring of 2019 and features and itineraries will be announced at a later time.

The float out ceremony was attended by, amongst others, esteemed MSC Cruises and STX France guests, Senator of Pays de la Loire Region, Bruno Retailleau, General Council President of Loire Atlantique, Philippe Grosvalet and the Mayor of Saint-Nazaire, David Samzun.

The float out is a key milestone in the construction of a ship: the dry dock is flooded, the ship is moved to a wet dock, where she then enters the final phase of her construction. Today’s event presented a unique opportunity to showcase guests and global media alike the cutting edge design that makes the Meraviglia generation of MSC Cruises ultramodern mega-ships uniquely innovative, and a true destination in itself.

This includes, amongst her many on-board features, the specially designed Carousel Lounge where Cirque du Soleil artists will perform shows created exclusively for MSC Cruises guests; a 315 foot long Mediterranean-style promenade with a 262 foot LED sky that runs through the center of the ship; and an enhanced MSC Yacht Club, MSC Cruises’ exclusive ship within a ship luxury concept, with its own private facilities spanning three decks.

Laurent Castaing, president of STX France, gave the following statement: “We are extremely proud to design and build MSC Cruises’ next generations of cruise ships. We are aware and thankful for the trust this amazing company has in our innovation ability. It’s been more than 12 years that our industrial partnership has started, and we are always excited by the challenges of fulfilling MSC ambitions.”

Ben Souza
Ben is a world traveler who has visited 42 countries and taken over 50 cruises. His writings have appeared and been cited in various media outlets such as Yahoo News, MSN, NPR, Drudge Report, CNN, Fox, and ABC News. Ben currently resides in Cincinnati, Ohio. Follow Ben on Instagram. Visit Ben Souza on Linkedin. You may email Ben at [email protected]
Cruise NewsMSC Floats Out Next Generation Cruise Ship: MSC Meraviglia
Previous article
Cruising on Norwegian’s Pride of America with a Food Allergy (Gluten)
Next article
The Most Adventurous Cruises on Earth