Royal Caribbean has announced that construction has officially began on Spectrum of the Seas, the first Quantum Ultra class cruise ship from the cruise line. 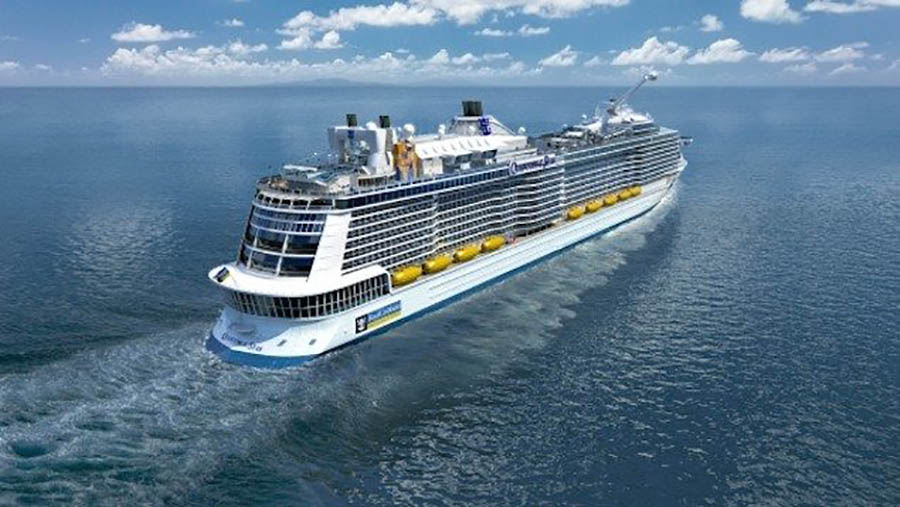 The first piece of steel was cut at the Meyer Werft shipyard in Papenburg, Germany marking the start of construction on the new cruise ship. The next engineering marvel in the innovative cruise line’s lineup will officially be named Spectrum of the Seas.

Set to debut in 2019, Spectrum of the Seas will be the next evolution of the cruise line’s groundbreaking and high-tech Quantum class of ships placing the ship in a new class of her own. The revolutionary Quantum Ultra ship will specifically be designed for guests in China and the Asia-Pacific region, and will feature cutting-edge and unprecedented experiences and amenities.

Michael Bayley, President and CEO, Royal Caribbean International, gave the following statement about this new cruise ship: “Today is a very special day in the development of our new Quantum Ultra ship, Spectrum of the Seas. We are now one step closer to delighting our guests in Asia Pacific with this remarkable ship. Spectrum will be another giant leap forward in vessel design and guest experiences that will provide travelers with ample opportunities to create unforgettable memories.”

Ben Souza
Ben is a world traveler who has visited 42 countries and taken over 50 cruises. His writings have appeared and been cited in various media outlets such as Yahoo News, MSN, NPR, Drudge Report, CNN, Fox, and ABC News. Ben currently resides in Cincinnati, Ohio. Follow Ben on Instagram. Visit Ben Souza on Linkedin. You may email Ben at [email protected]
Cruise News Royal Caribbean Reveals Name of New Cruise Ship
Previous article5 Cruise Tips To Keep You Safe While in Port
Next articleSouth Pacific Cruise Guide – Where, When, and How

Ben Souza - December 2, 2021
Update December 2, 2021: Celebrity Cruises has decided to postpone the vaccination requirement of children aged five through 11 that was announced earlier this...

Ben Souza - December 2, 2021
A second port in Jamaica reopened to Carnival cruise ships this week when Carnival Glory visited Montego Bay for the first time since the...