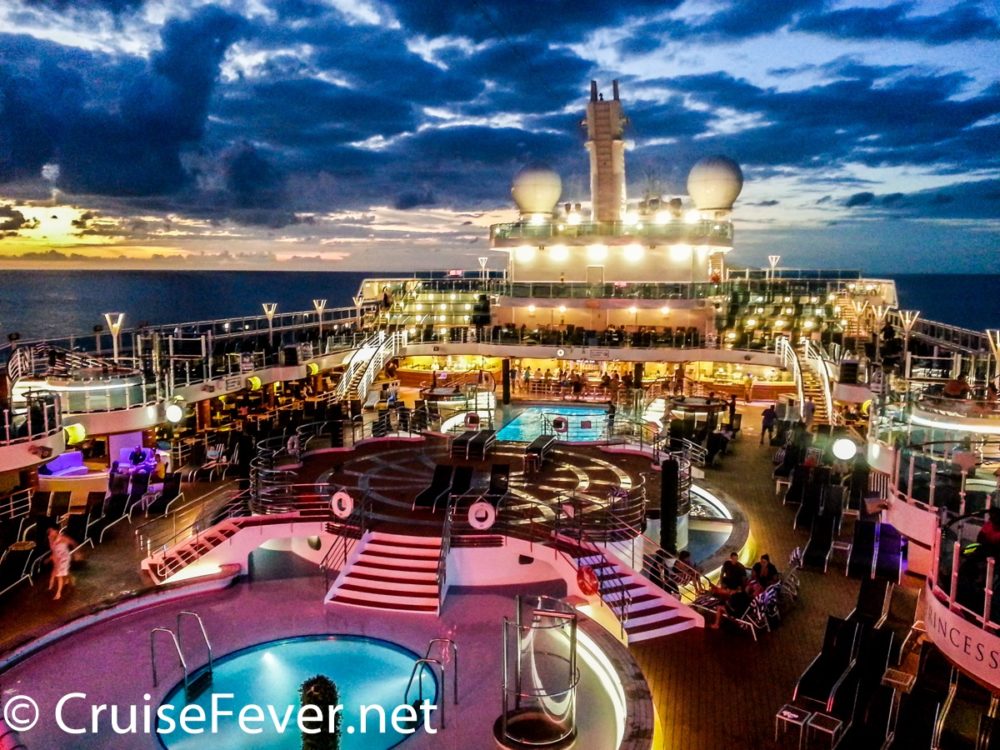 In total, 11 ships with 230 departures on more than 30 unique itineraries visiting 70 destinations will sail between September 2017 and April 2018. Cruises will offer guests a variety of choices ranging from a short-cruise getaway to week-long vacations, as well as voyages of 10 days and longer on the line recognized as “Best Cruise Line in the Caribbean” by U.S. News and World Report in 2015.

Highlights include the maiden season of Caribbean Princess on 10-day cruises sailing through the new Panama Canal locks. Roundtrip California Coast voyages from Los Angeles will now include the port of Monterey. A Princess first, Emerald Princess offers a 12-day roundtrip Alaska voyage from Los Angeles in Spring 2018. Princess guests can choose from more short-cruise getaways on both coasts with Crown Princess introducing new five-day departures to the Eastern and Western Caribbean from Ft. Lauderdale while Ruby Princess and Emerald Princess sail four- or five-day options from Los Angeles – with overnight stay in Cabo San Lucas.

Select itineraries in the Caribbean, Hawaii, and California will offer extended stays in ports such as Aruba, Curacao, St. Thomas, Cozumel, San Francisco, San Diego, Long Beach, and Honolulu.  On five day cruises to Cabo San Lucas, there will be an overnight stay in port.

Jan Swartz, president of Princess Cruises, said that these new exiting itineraries will give guests the option to choose the perfect cruise vacation from homeports in the United States and Canada.

Offering the youngest fleet in the region, taking guests to some of the Caribbean’s top-rated beaches and most romantic ports, five Princess Cruises ships will sail 5-day Getaways, 7- and 8-day vacations and voyages from 10-to 21-days long in 2017 and 2018.

Royal Princess returns to the Caribbean including 10-day Southern Medley and 10-day Eastern Voyager itineraries which can be combined for a 20-day vacation.  These sailings offer the best of the Caribbean including St. Kitts, Barbados and St. Lucia as well as ports that are off-the-beaten path such as Dominica, Grenada and Bonaire.

On the West Coast, five ships will be deployed from three homeports – Los Angeles, San Francisco and Vancouver – to the tropical waters of Hawaii and Mexico, as well as the beautiful California Coast, and a Princess-first voyage to Alaska roundtrip from Los Angeles. Voyages range from four to 28 days.

Offering the ultimate California food and wine experience, the line’s 7-day sailings from Los Angeles and 10-day cruises from Vancouver include the new port of Monterey on the California coast, offering opportunities to visit the world-famous Pebble Beach Golf Course, the Monterey Bay Aquarium and the breathtaking coastal views of the region’s iconic 17-Mile-Drive.  Ruby Princess and Emerald Princess also sail on select 4-day West Coast Getaway voyages from Los Angeles including Santa Barbara or Catalina Island and Ensenada, Mexico, while 5-day Cabo San Lucas Getaways include an overnight in the popular destination.

Princess Cruises is the #1 cruise line sailing the Panama Canal, taking more guests through the Panama Canal than any other cruise line, while providing the most itinerary options and sailing dates from fall through spring on four ships.

2017-2018 will be the maiden season for transiting the new Panama Canal locks, with Caribbean Princess offering partial transits on 10-day voyages roundtrip from Ft. Lauderdale.

Guests may take advantage of the line’s Connoisseur voyages on board Pacific Princess, sailing a 17-day voyage with a call to the unique port of Santa Marta, Colombia.

Cyber Monday Cruise Deals for 2021: All the Free Perks From...

Ben Souza - November 29, 2021
Carnival Cruise Line has released their Cyber Monday deals on cruises that will be live through the end of today. For 24 hours, Carnival Cruise...

Ben Souza - November 28, 2021
Cruise lines are offering Cyber Monday cruise deals this year that include free balcony upgrades, kids sail for free, up to 35% off cruises,...