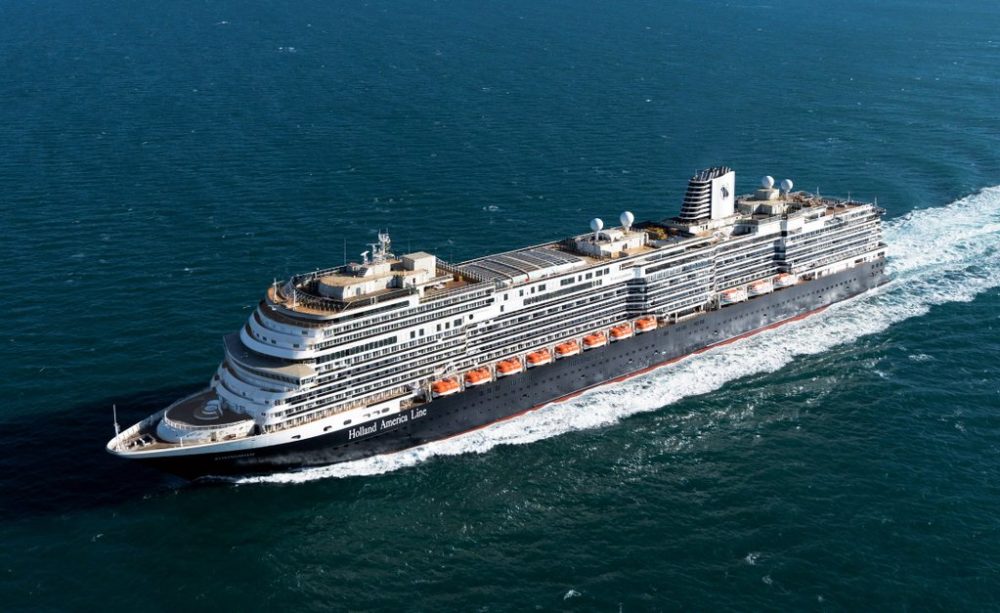 The Dutch flag was raised on the 99,500 gross ton ship for the first time following the signing since Koningsdam is registered in the Netherlands.  Orlando Ashford, president of Holland America Line, gave the following statement:

“Today is a day of celebration for the entire Holland American Line family, and a milestone in our company history.  We all share in this proud moment as we welcome Koningsdam to our fleet.  Koningsdam looks spectacular, beyond our expectations, and we thank all those involved for their dedication and commitment in bringing our vision to life.”

The maiden voyage of Koningsdam will take place on April 8, 2016 when the ship sails out of Civitavecchia (Rome), Italy.  The vessel will be christened in Rotterdam, the Netherlands on May 20.  Koningsdam will home port in Amsterdam for the summer and sail a series of Northern Europe and Baltic cruises.  In the fall, the ship will homeport in Ft. Lauderdale, Florida for a season of cruising to the Caribbean.

Onboard entertainment will be taken to a new level with the energetic Music Walk area featuring all genres of music showcased in venues including Lincoln Center Stage, offering chamber music nightly; Billboard Onboard, where live musicians rock the crowd with chart-topping hits; and the popular B.B. King’s Blues Club in the Queen’s Lounge, bringing the best of Memphis music to sea. With the 270-degree LED projection at World Stage, new concepts for show-time performances will immerse the audience in panoramic visual and sound effects.

Photos from the signing ceremony: 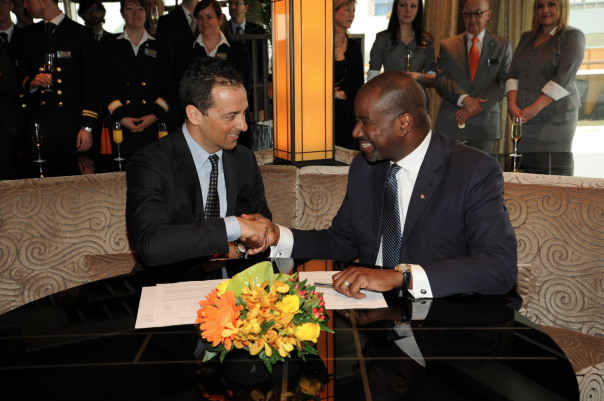