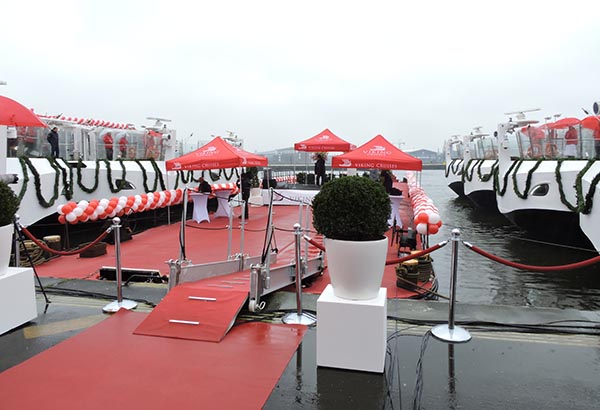 The world’s leading river cruise line honored travel agents by having each ship’s godmother a travel agent partner.  The following ships were christened along with their godmothers.

Today’s christening comes just two years after Viking Cruises set the Guinness World Record for the most new ships launched in one day. The rapid growth of the cruise line will continue next month with the launch of Viking’s second ocean ship, Viking Sea.

Four of the new Longships will be sail on Viking’s more popular itineraries on the Rhine, Main and Danube Rivers. The remaining two ships will sail on the Seine River doing the Paris and the Heart of Normandy itineraries.

“River cruising remains one of the fastest growing segments of travel, and we would not be the leading river cruise line without the help of travel agents.

The naming of the ships by ceremonial godmothers is a naval tradition that dates back thousands of years. The partners we have chosen to name our newest ships are experts in their field, and as Viking has marketed the concept of river cruises all over the last two decades, they have always recognized our value in the industry. We are honored to have their support and their participation in this year’s celebration.” 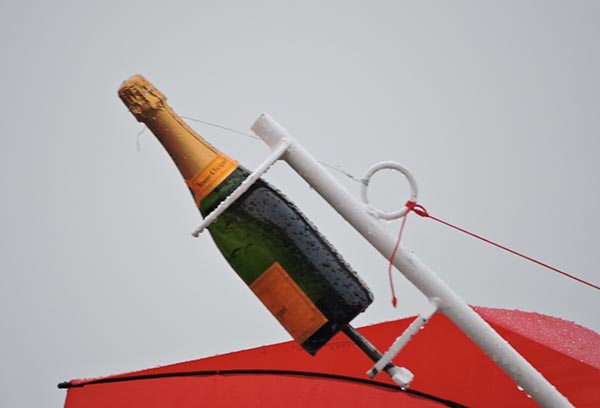 As the world’s leading river cruise line, since its 1997 inception the company has grown to a fleet of 59 river vessels (in 2016) offering scenic cruising along the rivers of Europe, Russia, Ukraine, Egypt, China and Southeast Asia. Named Cruise Critic’s “Best New Ocean Ship” of 2015, the sophisticated state-of-the-art Viking Star hosts 930 guests on itineraries in Scandinavia and the Baltic; the Western and Eastern Mediterranean; and the Caribbean and North America. The company’s second ocean ship, Viking Sea, will launch in April 2016, and a third ship, Viking Sky, is under construction. In 2015 Viking was rated the highest of all cruise lines in Travel + Leisure’s “World’s Best” Awards after appearing on – and topping – the river cruise rankings multiple times.