Royal Caribbean’s newest cruise ship, Harmony of the Seas, will debut in 100 days and will be the largest cruise ship ever built. The ship will feature many first-at-sea features that will WOW passengers both young and old. 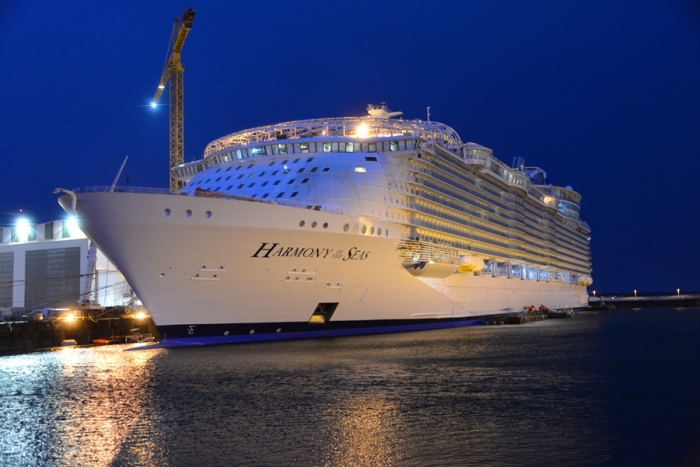 Harmony of the Seas will be a 227,700 gross ton ship that will carry 6,000 passengers. For comparison sake, RMS Titanic was an estimated 43,000 gross tons.  The ship will debut in the Mediterranean and will sail a season in Europe before heading across the Atlantic.  The ship will homeport in Port Everglades and sail week long cruises to the Eastern and Western Caribbean.

Search Cruises on Harmony of the Seas

Royal Caribbean has been releasing photo updates of the ship every few weeks and the latest photos can be found below.  Harmony of the Seas is the 3rd Oasis class ship built by the cruise line after the enormous popularity of the first two ships, Oasis of the Seas and Allure of the Seas.  A 4th, yet still unnamed Oasis class ship, is currently under construction and is scheduled to be completed in 2018.  There have been rumors of a 5th Oasis class ship but none of those rumors can be confirmed at this time. 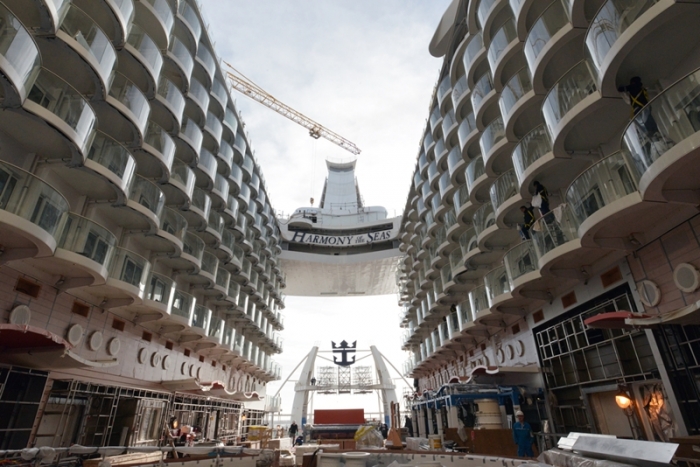 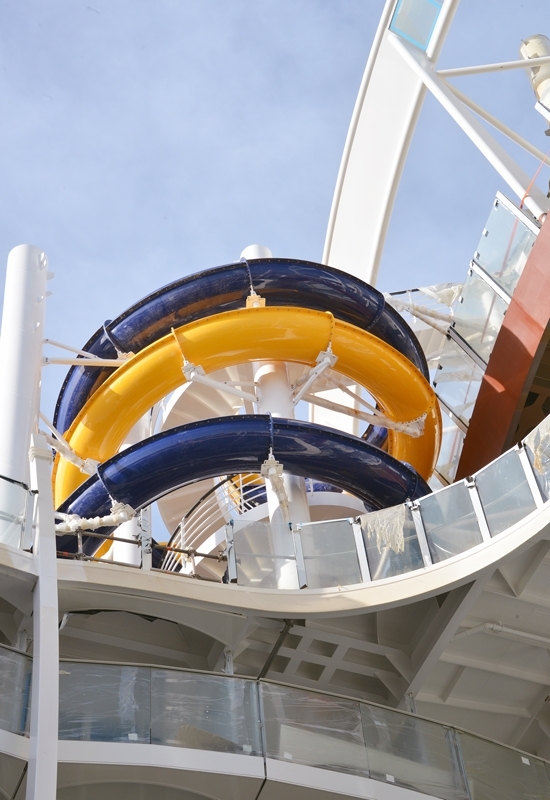 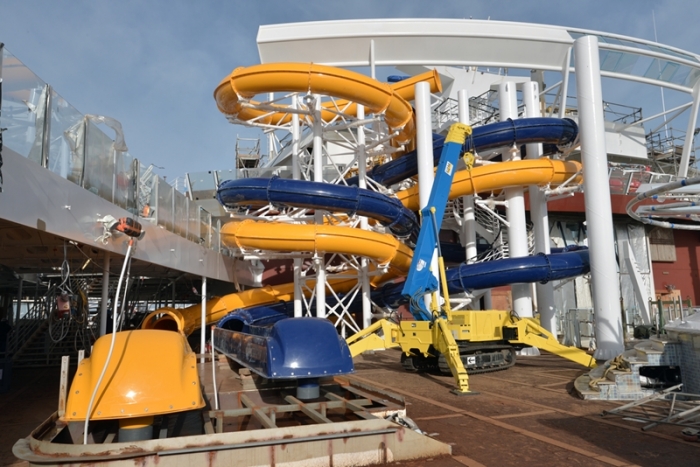 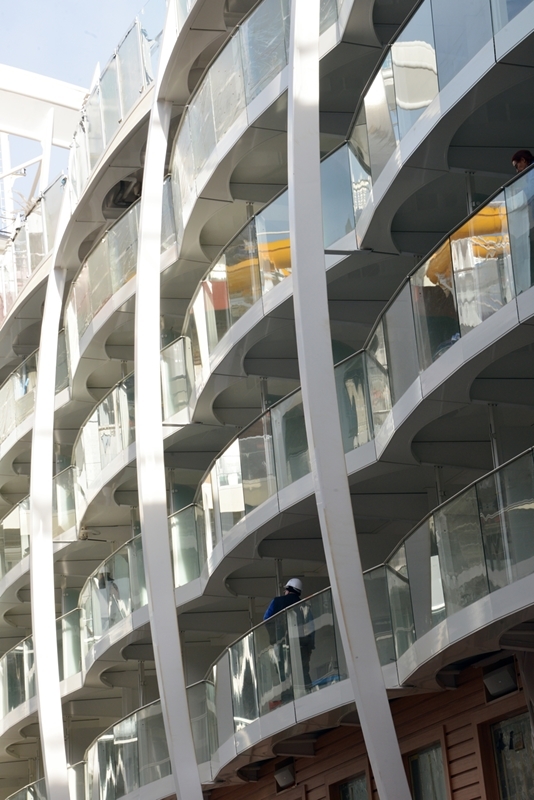 View more photos of Harmony of the Seas.

Harmony of the Seas will feature the tallest slide (dry slide, not a water slide) at sea.  The Ultimate Abyss will be a ten story slide at the aft of the ship that will drop more than 100 feet to the Boardwalk below. Royal Caribbean said that the slide will be the world’s biggest, world’s best, and the world’s most exciting slide at sea.

The following photos were uploaded to Ship Spotting by users in the past two weeks.