I’ll be the first to admit that I love the newer, larger cruise ships that cruise lines have built over the past few years. However, when I saw the last minute deals that Celebrity Cruises was offering on a short cruise to the Bahamas on Celebrity Constellation, I jumped at the chance to see what this slighter older and smaller ship has to offer. It was a short cruise, but a short cruise is better than no cruise. 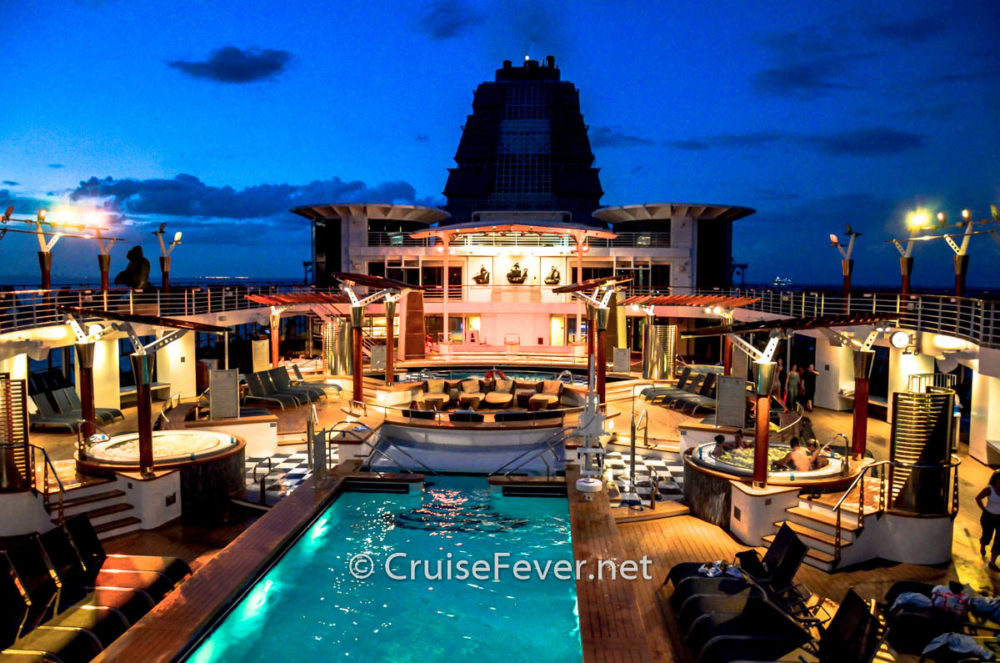 What did I find on my cruise on the Celebrity Constellation? I was pleasantly surprised and the entire cruise impressed me from bow to stern.  Near the end of my cruise, Cruise Director Rick Clesen told us that Celebrity Constellation had recently been awarded the best ship in Celebrity’s fleet and I understood why. While I have cruised on eight different cruise lines in the past, this was my first cruise with Celebrity Cruises.

Celebrity Constellation, which debuted in 2002,  is a 91,000 gross ton cruise ship that has a passenger capacity of 2,038.  Due to the excellent space to passenger ratio, the ship never feels crowded. The ship was also easy to navigate and I quickly learned my away around on the first day.

The outside of the ship might look a little funky (square stern), but what’s on the inside is what really matters. Walking throughout Celebrity Constellation, you would never know it’s a nearly 14 year old ship, it’s in great shape. One thing that I loved was that there was always plenty of seating in the public areas of the ship.

Since the prices were so low, I booked a guarantee Aqua Class cabin at only a few dollars more than a standard balcony. I was assigned 9045 and the stateroom was a good size and nice covered balcony. There was also a good sized couch and desk.  You can watch a short two minute video tour of my cabin below.

One of the best features of the cabin was the shower.  Usually on a cruise, the shower experience leaves something to be desired. Between the tiny shower compartment and that clingy shower curtain, you try and get in and out as quickly as possible.

The shower in my Aqua Class cabins had two glass doors and an oversized shower head.  There were also 6 different shower heads on the wall (each with 12-15 jets) that sprayed your body.  It was nothing short of heavenly and by far the best shower experience I have had at sea. The Aqua Class cabins are worth every penny. So go ahead and splurge, you are on vacation after all! 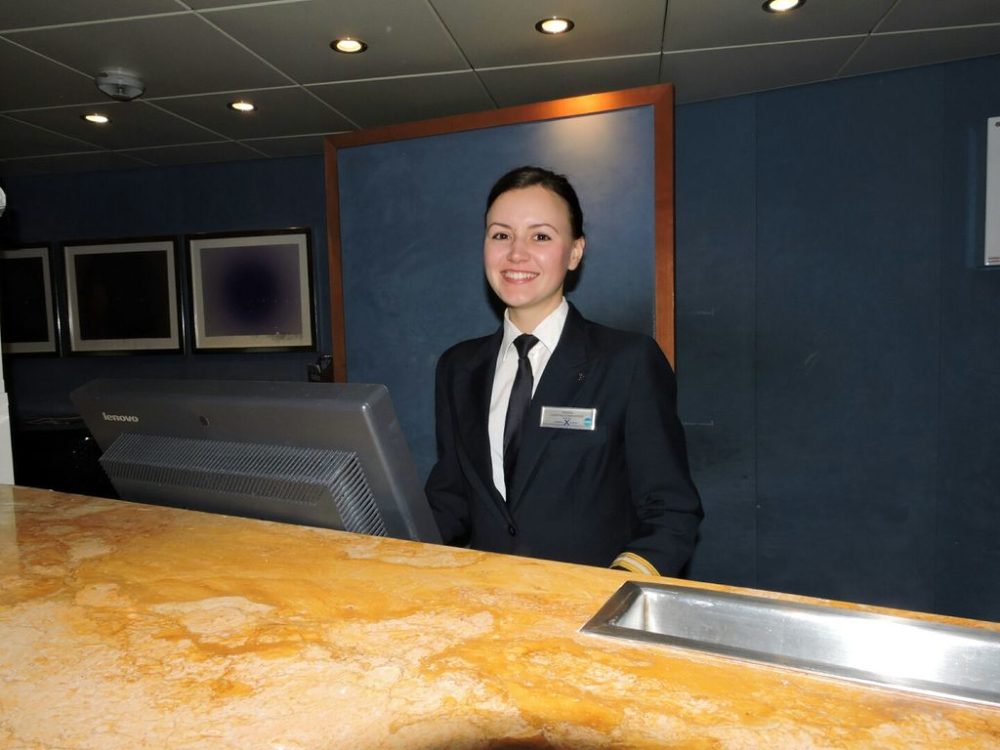 One of the highlights from my cruise was the service that the staff and crew delivered on board. From my room steward to those working in guest services, the service was nothing short of amazing.

I’ll be short and sweet, I arrived at Port Everglades at 10:45 and was on the ship by 11:00. It couldn’t have gone any smoother or quicker.

Since food can be purely subjective, I leave it at this: The food was delicious and the ship offered a great variety of choices.

The Persian Garden (thermal suite) on Celebrity Constellation is a great place to get away from it all and relax. Entrance is included with all Aqua Class staterooms.

Cafe al Bacio quickly became one of my favorite coffee shops at sea. The atmosphere in the evenings couldn’t have been better with guitar player and vocalist Sean Roach performing each night.

I loved the porthole windows on the floor in the buffet that gave you a look of the ocean below.

Below is Cruise Fever’s 12 minute video tour of Celebrity Constellation.  We hope you enjoy the tour and look forward to hearing about your experiences on this award winning ship from Celebrity Cruises.