Carnival Cruise Line Headed Back to Port of Baltimore 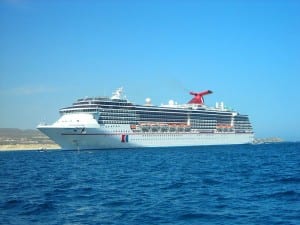 In addition to the 2.0 upgrades, the Pride will also be outfitted with scrubbers, an exhaust gas cleaning technology that will help reduce air emissions and will be more environmentally friendly.

Governor Martin O’Malley released a statement that he was very pleased that Carnival was coming back to Baltimore.  The combination of high quality jobs in the cruise port and a cleaner and greener cruise ship point to a bright future for the cruise industry in Baltimore.

Before the Pride moves to Baltimore, the ship will offer a truly unique one way re-positioning cruise.  This 14 night cruise will leave from Tampa, Florida and have stops in Grand Cayman, Costa Rica, Panama, Aruba, and St. Maarten.

The ship has previously sailed from Long Beach, California; Miami, Florida; and Baltimore, Maryland.  The Pride will relocate to Tampa, Florida in October 2014 before returning back to Baltimore.

Ben Souza
Ben is a world traveler who has visited 42 countries and taken over 50 cruises. His writings have appeared and been cited in various media outlets such as Yahoo News, MSN, NPR, Drudge Report, CNN, Fox, and ABC News. Ben currently resides in Cincinnati, Ohio. Follow Ben on Instagram. Visit Ben Souza on Linkedin. You may email Ben at [email protected]
Cruise News Carnival Cruise Line Headed Back to Port of Baltimore
Previous articleRoyal Caribbean Giving Refunds To Passengers After Norovirus Outbreak
Next articleCruise Ship Back In Port After Norovirus Outbreak; 173 Sick On The Caribbean Princess