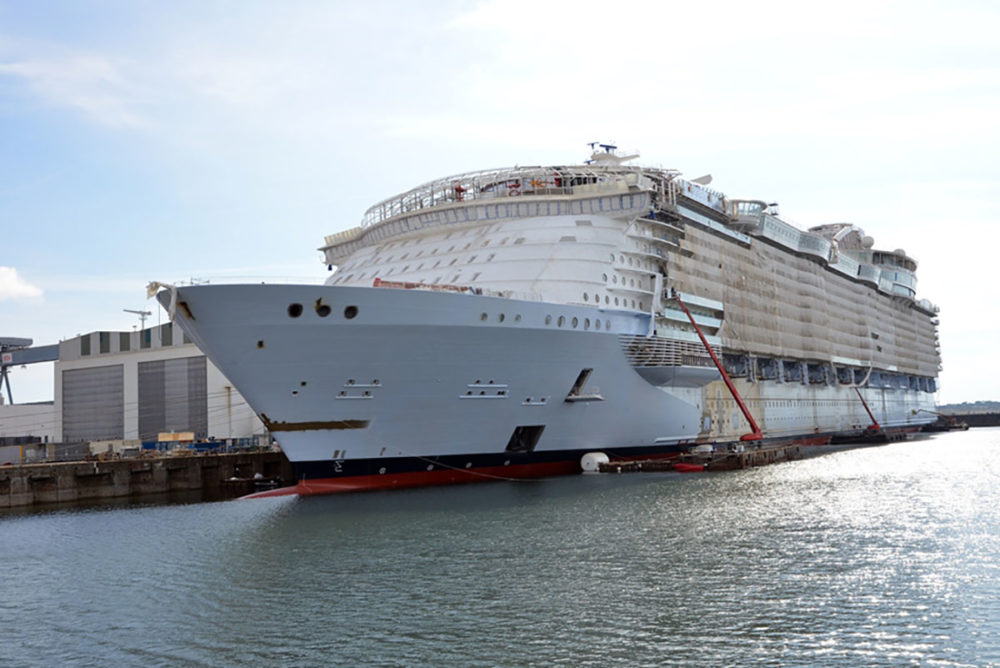 The maiden voyage on Symphony of the Seas was originally scheduled for April 21, 2018.  Royal Caribbean has added three new sailings in the weeks prior to April 21.  These new sailings that are open for bookings are as follows:

Royal Caribbean sent the following message to travel agents informing them of these three new sailings:

“The revolutionary new features onboard Symphony of the SeasSM have been revealed, and Royal Caribbean® is more excited than ever for your clients to experience the new sound of adventure. So excited in fact, that we’re opening three additional sailings for you to book your clients on!

Think of these as the biggest dress rehearsals ever. Your clients can catch the very first glimpse of the ship, neighborhoods, restaurants, thrills and even special entertainment exclusive to these sailings. While there may be a few final touches being made onboard, they can expect Symphony of the Seas to look and feel fully operational.”

Touting new features and amenities for guests, Symphony of the Seas also will boast all the groundbreaking innovations and thrilling experiences that have garnered world-wide recognition for Harmony of the Seas. Among the award-winning and acclaimed favorites are the distinct seven-neighborhood concept, imaginative and sophisticated dining, Bionic Bar robot bartenders powered by Makr Shakr, Broadway-caliber entertainment, the iconic waterfront AquaTheater, the Perfect Storm trio of waterslides, and Ultimate Abyss – the tallest slide at sea that drops 10 stories.

Ben Souza
Ben is a world traveler who has visited 40+ countries and taken over 70 cruises. His writings have appeared and been cited in various media outlets such as Yahoo News, MSN, NPR, Drudge Report, CNN, Fox, and ABC News. Ben currently resides in Cincinnati, Ohio. Follow Ben on Instagram. Visit Ben Souza on Linkedin. You may email Ben at [email protected]
Cruise NewsWorld's Largest Cruise Ship To Debut Earlier Than Expected
Previous article
Cruises To Cuba: What You Need To Know and No More
Next article
Two More Norwegian Cruise Ships Add Exhaust Cleaning Systems