Norwegian Cruise Line has announced that they have installed new technology aboard two more of their cruise ships, Norwegian Sun and Norwegian Jade, to reduce emissions and further the cruise line’s commitment to conservation. 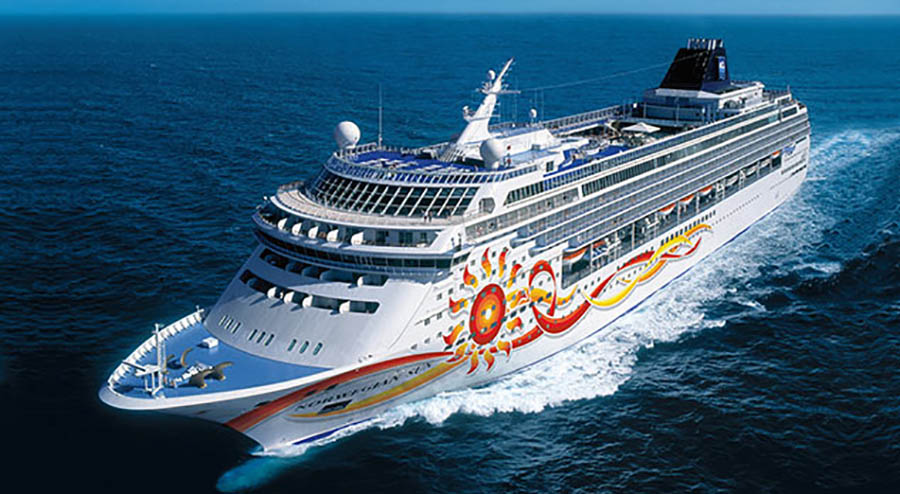 In conjunction with the cruise line’s Sail & Sustain environmental program, the new systems are aimed at significantly reducing air emissions and, subsequently, the ships’ environmental footprints. Early in 2014, Norwegian Cruise Line was the first cruise line to commit to retrofitting six vessels and has exceeded that commitment with now eight total ships.

With the installation of the new technology into two more ships, Norwegian Cruise Line is continuing to exemplify its commitment of applying safe and conservative environmental practices across the fleet. The ships’ new lightweight in-line scrubbers are a hybrid technology developed by Yara Marine Technologies that are able to operate in open loop, closed loop and closed loop with bleed off mode. In each ship, five scrubbers were installed, one per engine, covering the whole propulsion system.  Collectively, they are capable of reducing the emission of sulfur to air up to 99 percent and also reduce 85 percent particulate emission to the air. Norwegian Jade and Norwegian Sun’s new technology will reduce the equivalent of approximately 3,000 tons of Sulfur Oxide, SOx, gas in the years to come.

The new system works by “scrubbing away” the sulfur oxide and particulate matter before the emissions leave the stack to decrease the amount that is released into the air, resulting in a clean white plume of steam.

Norwegian led the industry by being the first cruise line to install scrubbers with a state-of-the-art water membranes filtration unit in 2016. This sophisticated water cleaning system uses Ultrafiltration technology to clean the recirculated water during the closed loop operation down to clear water.  The by-product is collected and removed in drums.

As part of Sail & Sustain, Norwegian’s Safety and Environmental Protection Policy establishes several objectives relating to the environment, which include reducing the impact of its operations on the environment, disposing garbage and waste materials in accordance with national and international rules and regulations, recycling and re-using materials and establishing specific objectives and targets for continual improvement of environmental management programs.