Tauck has announced that they will offer their first-ever cruises on the Douro River in Portugal next year, and that its three new itineraries will sail aboard a riverboat that’s being designed and built specifically for the Douro. 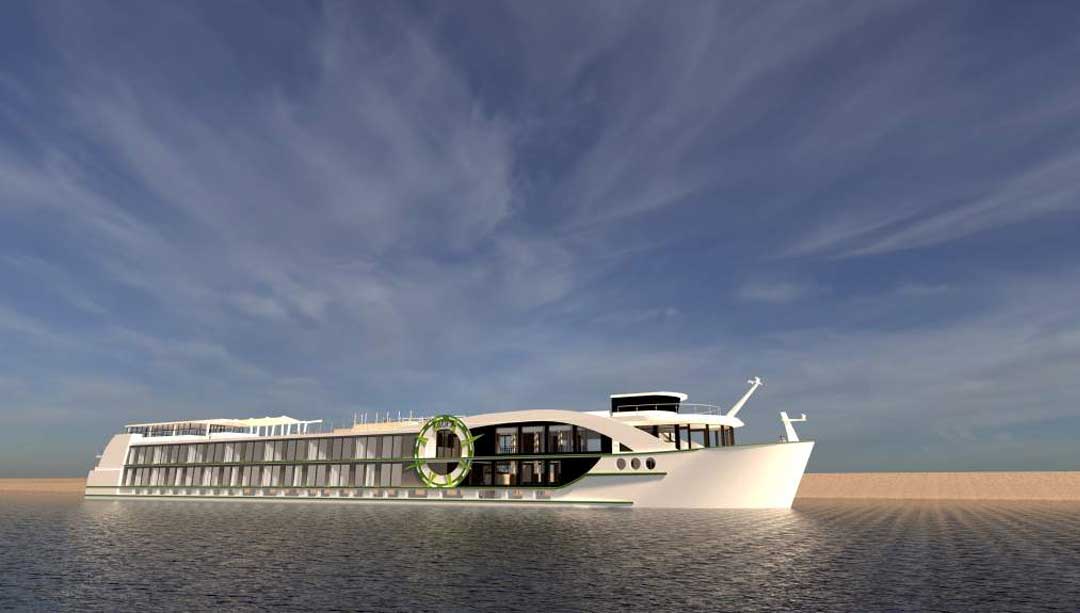 With the new ship, the ms Andorinha, Tauck will continue to defy the standard industry practice of maximizing passenger capacity to boost revenue, and will instead offer more suites, more spacious public areas, and the more intimate ambiance that naturally results from having fewer guests on board. In fact, Tauck is proudly noting that with a capacity of just 84 guests, the ms Andorinha will carry fewer guests than any other vessel currently operated by a major line on the Douro.

Even though the ms Andorinha will have far fewer guests than other ships, it will still have more director-level personnel to ensure Tauck’s guests enjoy the highest levels of care and service. As on Tauck riverboats fleet-wide, the newbuild will be staffed by a Tauck Cruise Director and three Tauck Director guides.

Tauck is again teaming with its longtime partner Scylla AG on the design and construction of the ms Andorinha. The ship’s hull will be fabricated at Vahali Shipyard in Serbia, while final outfitting will be done in Hardinxveld, the Netherlands prior to the ship’s launch in the spring of 2020.

The new ship will have a crew of 36, and it will measure 263 feet in length with a beam of 38 feet. Guests will be accommodated in 42 cabins, including 12 300-square-foot suites on the upper Diamond Deck, and 20 225-square-foot staterooms primarily on the vessel’s Ruby or mid-level deck. The remaining accommodations – six 200-square-foot cabins and four 150-square-foot cabins – will be on the lower or Emerald Deck. The ms Andorinha will also feature a Panorama Lounge, Compass Rose restaurant for fine dining, and a second dining venue, Arthur’s (named for company chairman Arthur Tauck Jr.), serving more casual fare.

Tauck will offer three new Douro River itineraries aboard the ms Andorinha; a 12-day journey that bookends a seven-night Douro cruise with two-night hotel stays in Lisbon and Madrid, an eight-day “cruise-only” itinerary along the river, and an eight-day Tauck Bridges cruise designed specifically for families with four departures slated for late June/early July 2020. Itinerary details and pricing will be announced later this year.

Ben Souza
Ben is a world traveler who has visited 42 countries and taken over 50 cruises. His writings have appeared and been cited in various media outlets such as Yahoo News, MSN, NPR, Drudge Report, CNN, Fox, and ABC News. Ben currently resides in Cincinnati, Ohio. Follow Ben on Instagram. Visit Ben Souza on Linkedin. You may email Ben at [email protected]
Cruise NewsTauck Building New Cruise Ship for Cruises on Douro River
Previous article
Carnival Cruise Line Adds Additional Cruises from the West Coast Due to Popular Demand
Next article
10 Carnival Cruise Ships Now Have Pizza Delivery Through an App