Royal Caribbean, the world’s largest cruise line, has announced that they will have seven cruise ships sailing from nine homeports in Europe in 2024. These newly announced cruises are now open for bookings. 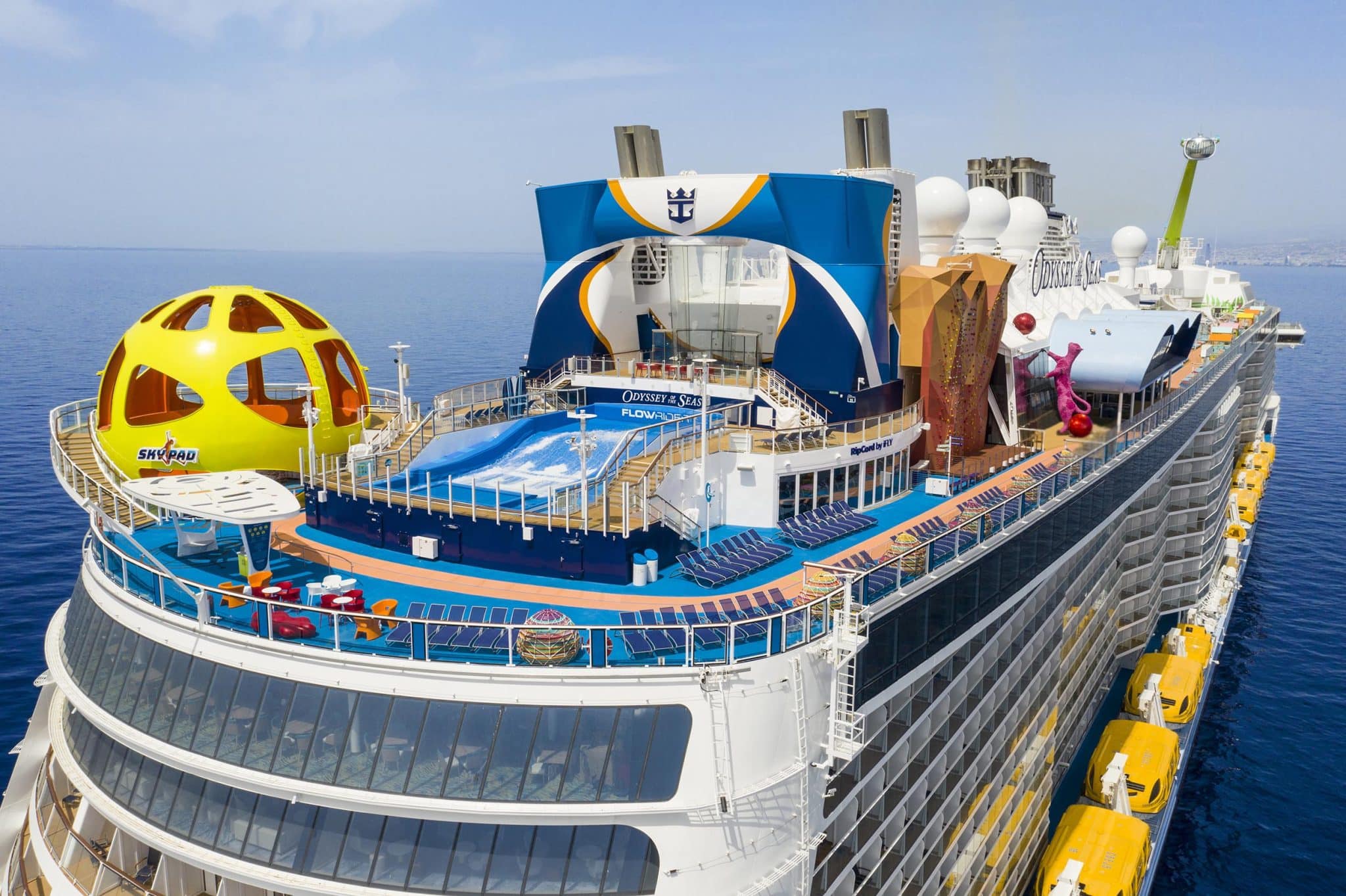 Odyssey of the Seas – Sailing from Rome
For the third year running, vacationers will be whisked away on their choice of seven to nine night Greek Isles cruises from Rome to destinations like Naples, Italy, the idyllic Greek Isles of Santorini and Crete, as well as 12 night Holy Land sailings to the historic, bustling cities of Limassol, Cyprus; Ephesus (Kusadasi), Turkey; Jerusalem, Israel; and more.

From the blue domes of Mykonos, Greece, to the UNESCO World Heritage Sites of the ancient city of Pompeii, Italy, and the ruins of Ephesus, a world of history is at their fingertips.

Oasis of the Seas – Sailing from Barcelona, Spain, and Rome
For the first time, the renowned Oasis Class ship and family vacation heads to Europe with its amplified adventures and experiences.

Whether they set out to marvel at the imposing sight of the Leaning Tower of Pisa in Italy, or explore the 14th century Cathedral of Mallorca, adventurers can immerse themselves in places filled with rich culture.

Anthem of the Seas – Sailing from Southampton, England
The returning favorite will call Southampton home for the fourth consecutive year. Adventure seekers can choose from week long adventures to Spain and France or the Norwegian Fjords.

There is plenty to discover, including jaw-dropping fjords and Viking history at destinations like Maloy and Haugesund, Norway, and the colorful markets in Bilbao, Spain.

Longer, 11- to 14-night vacations will visit top spots such a Lisbon, Portugal; Vigo, Spain; and the Canary Islands, where vacationers can venture out to beautiful white sand beaches and awe-inspiring European architecture all in one getaway.

Serenade of the Seas – Sailing from Dubai, United Arab Emirates, and Barcelona
Vacationers can join the record-breaking Ultimate World Cruise and explore several continents as part of two segments that make up half of the 274 night world tour.

The Ultimate Middle East and Med Cruise begins in Dubai, United Arab Emirates, visiting Greece, Turkey, Croatia and more along the way before reaching Rome. In store on the Ultimate Europe and Beyond cruise, starting in Barcelona, are culture-rich destinations like Spain, Ireland, France and more.

Explorer of the Seas – Sailing from Ravenna, Italy
From Ravenna, Italy, adventurers can sail the Aegean Sea on epic week long cruises that visit a combination of idyllic beaches, forest-clad mountains and crystal-clear waters of many Mediterranean gems, such as Argostoli, Greece; Kotor, Montenegro, and Chania, Crete.

Voyager of the Seas – Sailing from Ravenna and Rome, Barcelona, and Athens, Greece (Cruises open Friday, Nov. 18)
Adventurers can choose from a series of week long cruises to Greece, the Western Mediterranean, Egypt and Israel.

What awaits are experiences where travelers can retrace ancient steps, taste a variety of cuisines, soak in vibrant cultures and more, including history at the birthplace of democracy, Athens, Greece, breathtaking sights at the iconic stairs of Santorini, Greece, the relaxing waters of Marinieres Beach in Nice, France and the culture-rich Old City in Jerusalem, Israel.

Vacationers will be surrounded by jaw-dropping views, from the snow-covered mountains of Akureyri, Iceland, to the White Cliffs of Dover in England, and they can experience the ultimate in relaxation in places like the geothermal Blue Lagoon in Reykjavik.

Ben Souza
Ben is a world traveler who has visited 42 countries and taken over 50 cruises. His writings have appeared and been cited in various media outlets such as Yahoo News, MSN, NPR, Drudge Report, CNN, Fox, and ABC News. Ben currently resides in Cincinnati, Ohio. Follow Ben on Instagram. Visit Ben Souza on Linkedin. You may email Ben at [email protected]
Cruise NewsRoyal CaribbeanRoyal Caribbean Announces New Cruises in 2024, 7 Cruise Ships Based in...
Previous article
$1 Billion Club: Most Expensive Cruise Ships Ever Built
Next article
Top 10 Mediterranean Cruise Ports That Are Must-Visits