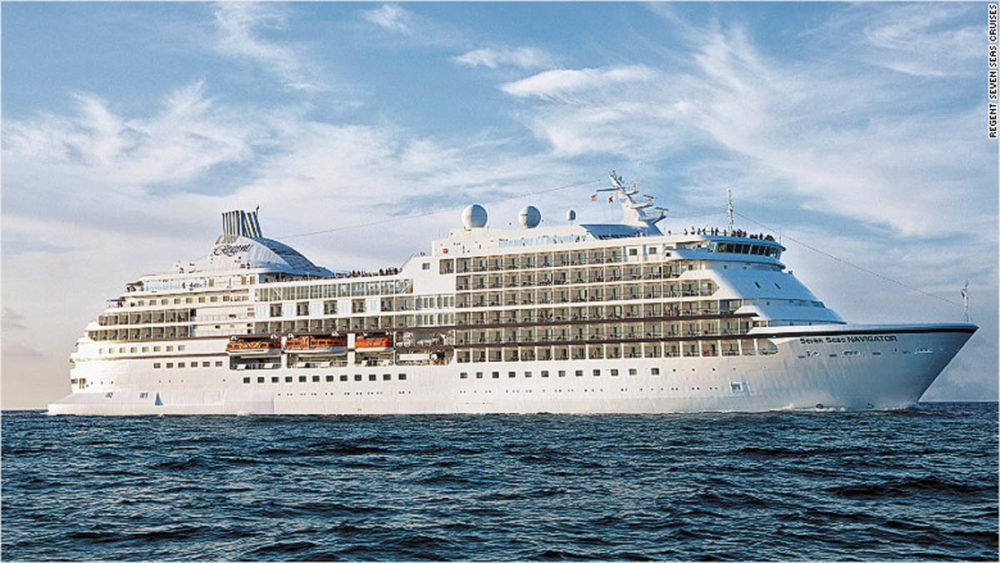 Travelers can choose among new, enriching and immersive itineraries that range from seven to 131 nights in the Mediterranean and Northern Europe, Alaska, Canada & New England, Bermuda and the Caribbean, South America, Asia, and Australia and the South Pacific.

Travelers also can choose among two new exciting Grand Voyages, which provide guests a regionally immersive and extended experience with no repeating ports. The 77-night, Grand Arctic Quest, sailing from London to New York aboard Seven Seas Navigator, will take guests throughout the British Isles, Iceland, Scandinavia, Greenland and New England. The 66-night, Circle South America itinerary will sail roundtrip from Miami aboard Seven Seas Mariner and circumnavigate South America and cruise up the Amazon River. Guests aboard a Grand Voyage or World Cruise enjoy even more included, bespoke amenities, such as free first-class air, exclusive shoreside events, unlimited laundry – including dry cleaning and pressing, a commemorative gift, and phone time per suite, among others.

Fascinating Itineraries aboard the World’s Most Luxurious Ships

Seven Seas Explorer, the most luxurious ship ever built, will sail Northern Europe and Mediterranean itineraries from April through November 2019, and cruise the Caribbean from December 2019 through February 2020. Punta Cana (Dominican Republic) will be a maiden port on Christmas Eve 2019.The ship also will offer a westward and an eastward trans-Panama Canal voyage in March 2020 before returning to Europe in April.

Travelers can choose the best value on an Alaska cruise aboard Seven Seas Mariner, which returns to the region from May through September 2019. The ship will cruise the Caribbean in October – making a maiden call on Acujulta (El Salvador) – before embarking on the 66-night South America circumnavigation voyage. After a Panama Canal transit from Miami, the 2020 world cruise begins on January 24 from San Francisco for an epic 131-night, roundtrip itinerary.

Seven Seas Voyager will return to the Mediterranean from April through October 2019, and then sail Asia and the South Pacific from November 2019 through March 2020. Travelers also can choose one of two Australia and New Zealand itineraries in January. Maiden ports include Kos (Greece), Calvi (Corsica, France), Miyazaki (Aburatsu, Japan), and Nelson (New Zealand).

For its part, Seven Seas Navigator will ply Northern European waters in June and July 2019 and make maiden port calls on Cherbourg (France), Fishguard (Wales), Galway (Ireland), Kollafjord (Faroe Islands), Patreksfjordur and Husavik (Iceland), and Molde (Norway). The ship will sail Bermuda, Canada and New England itineraries from August through October 2019, and then reposition to sail Australia, New Zealand and South Pacific itineraries through March 2020. While in the South Pacific, Isle of Pines (New Caledonia), Phllip Island (Australia), and Adamstown (Pitcairn Islands) will also be maiden ports of call.

On select Seven Seas Voyager and Seven Seas Navigator sailings in Asia and the South Pacific, guests in all suite categories enjoy a free three-night, pre- or post-cruise land program to delve deeper into the cultures and experiences of destinations such as Shanghai, Hong Kong, Singapore, Bangkok, Bali, Sydney, New Zealand, and Dubai and the Emirates. Additionally, guests can choose optional one- to three-night, overland programs that take them to visit cultural landmarks only found inland, such as India’s Taj Mahal mausoleum, Cambodia’s Angkor Wat temple complex, and the Egyptian city of Luxor. Overland Programs start at $999 per guest.