Several cruise lines, including Carnival Cruise Line and Virgin Voyages, are building or remodeling new cruise terminals at PortMiami that will open over the next few years.

This past week I had the opportunity to cruise out of Miami and was able to take photos of the construction going on for these new terminals. 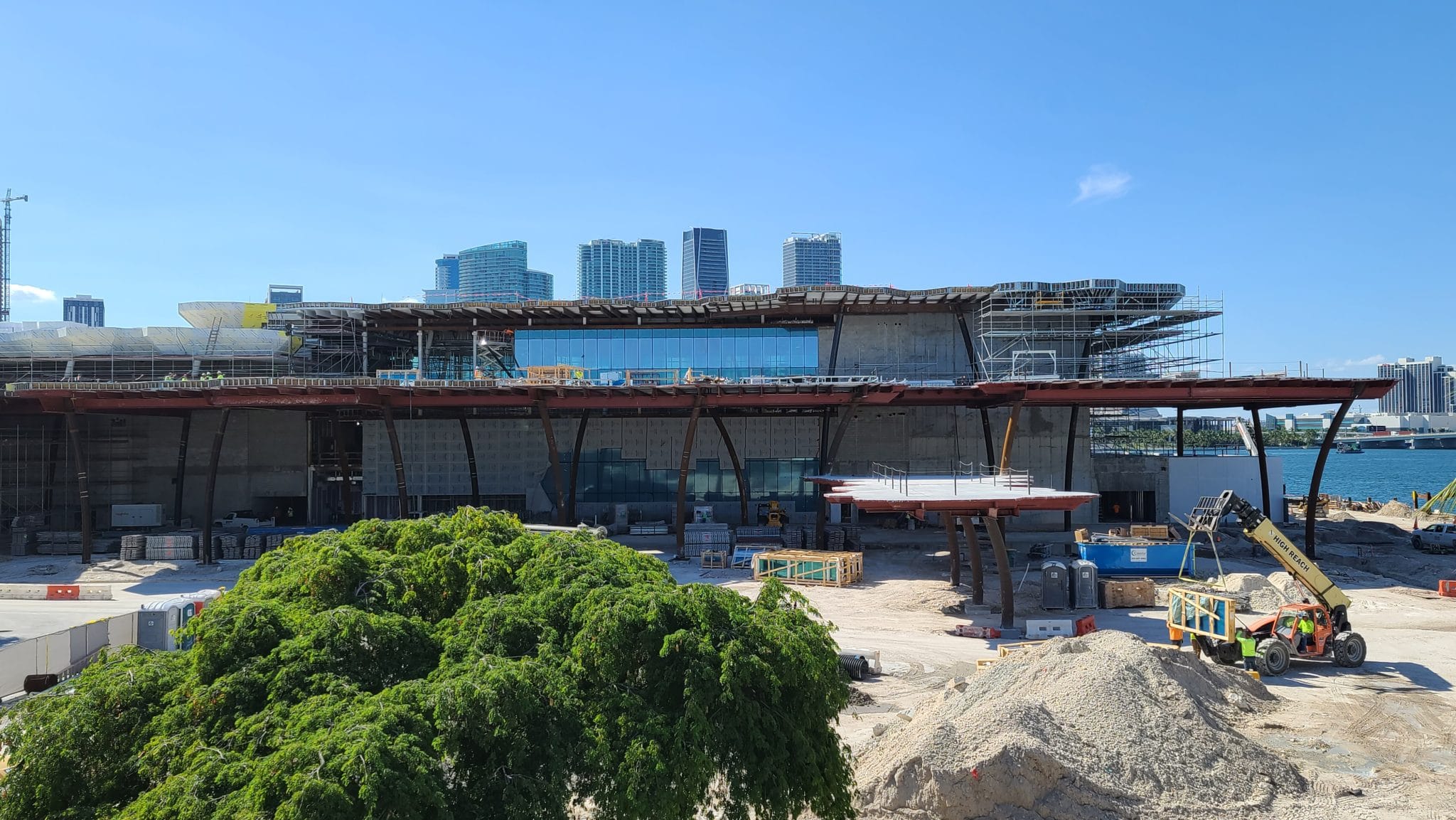 Virgin Voyages’ new Terminal V is scheduled to open next month. By looking at the photo above, that date is probably unlikely.  The $180 million terminal is located at the northwest side of the port and the building is beginning to take shape. 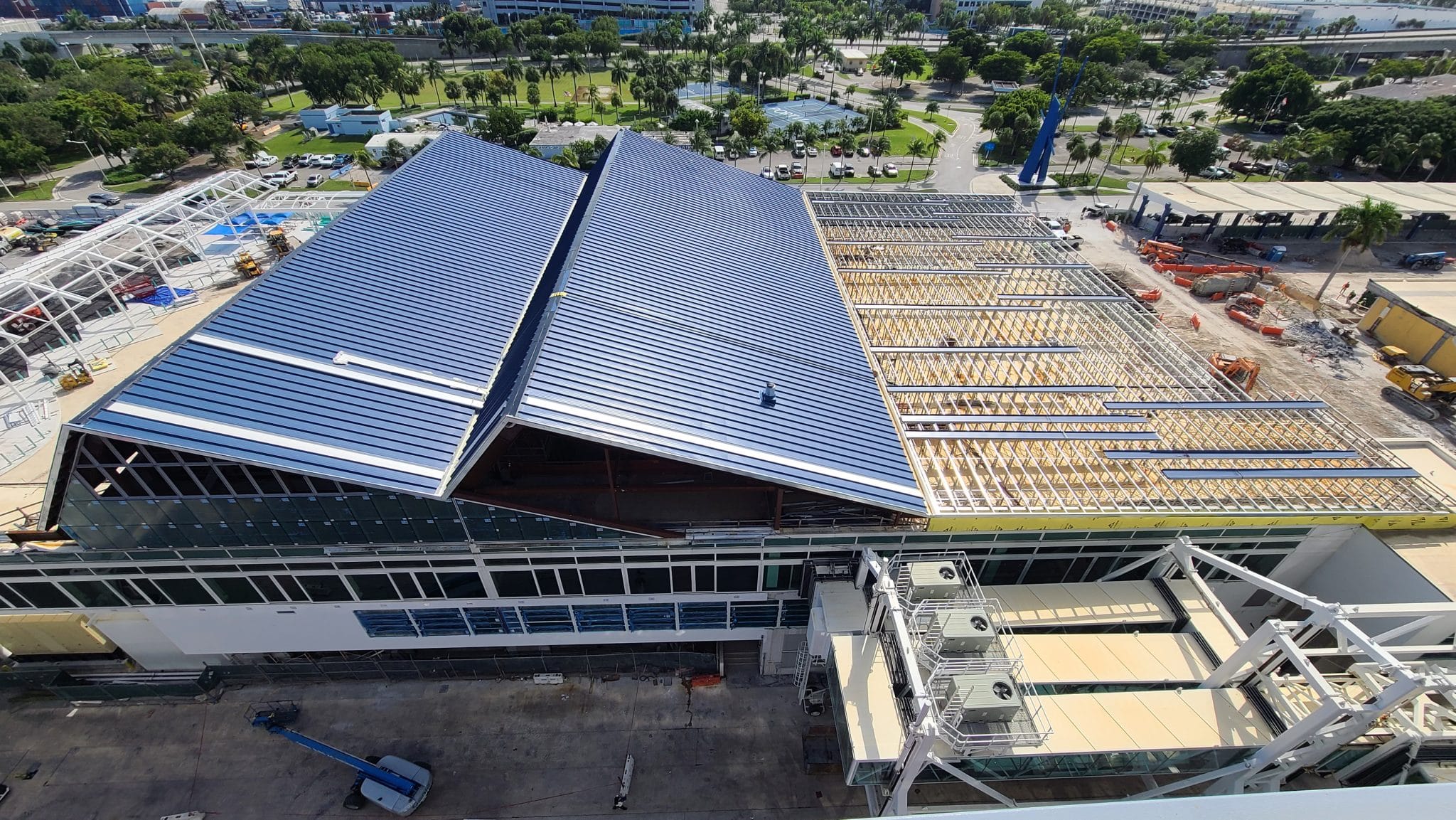 Carnival Cruise Line is currently renovating and expanding Terminal F (above) so it will be capable to accommodate the 6,500 passenger Carnival Celebration when the cruise ship debuts next year.  The $170 million renovation project is expected to be completed in 2022. 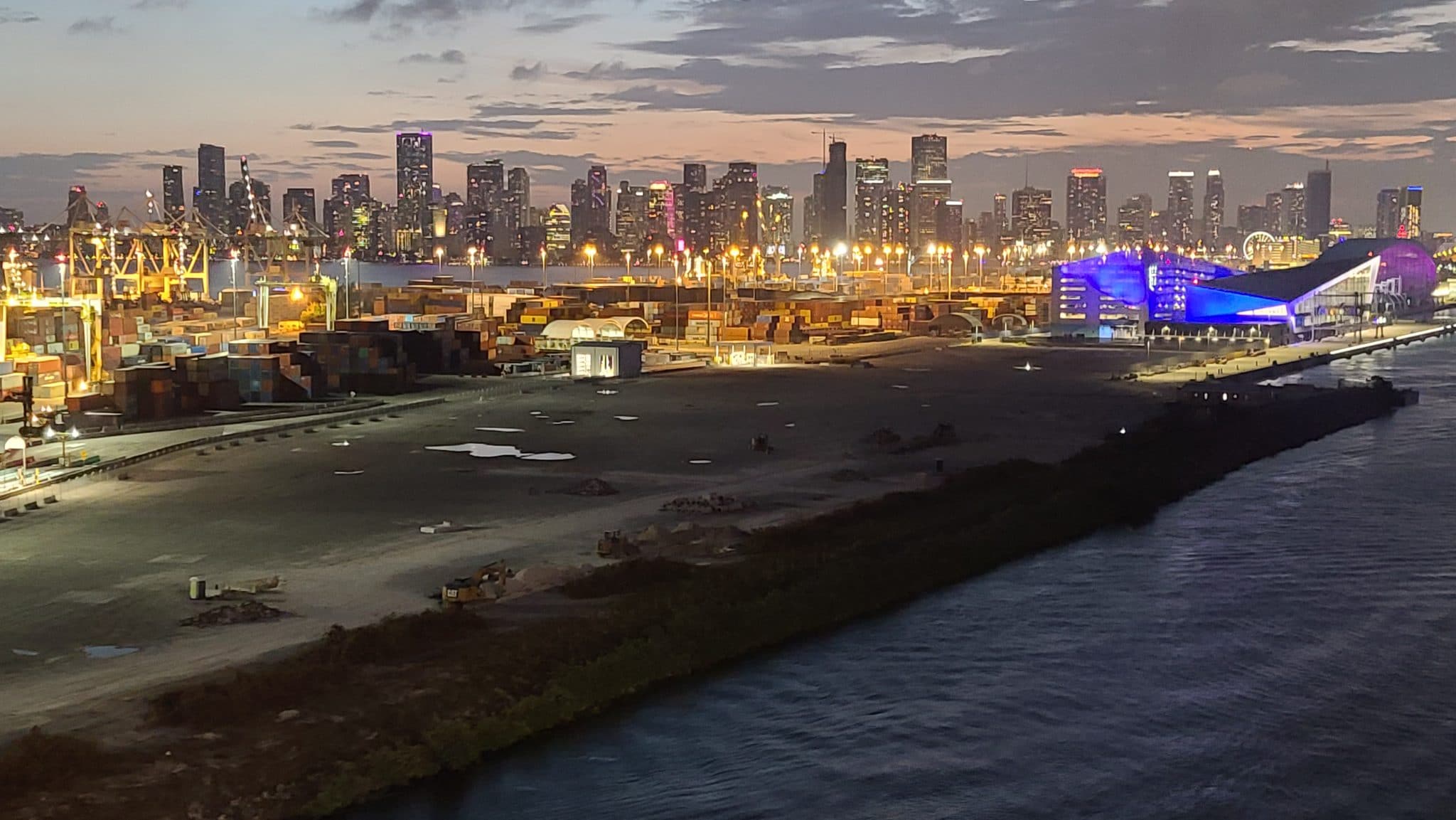 MSC Cruises is building Terminals AA and AAA that will be able to accommodate three cruise ships at once.  While construction hasn’t started yet on the terminals, the lot where the terminals will stand has been cleared out and there is some construction equipment in the lot.

MSC’s new terminals will be located next to Royal Caribbean’s Terminal A and will be the last terminals that cruise ships pass as they head out to sea.  They are expected to open in December 2023 so construction on the buildings should begin soon.

New state-of-the-art cruise terminals at PortMiami that have been completed over the past couple years are Norwegian Cruise Line’s Terminal B and Royal Caribbean’s Terminal A.  Photos of both terminals can be seen below. 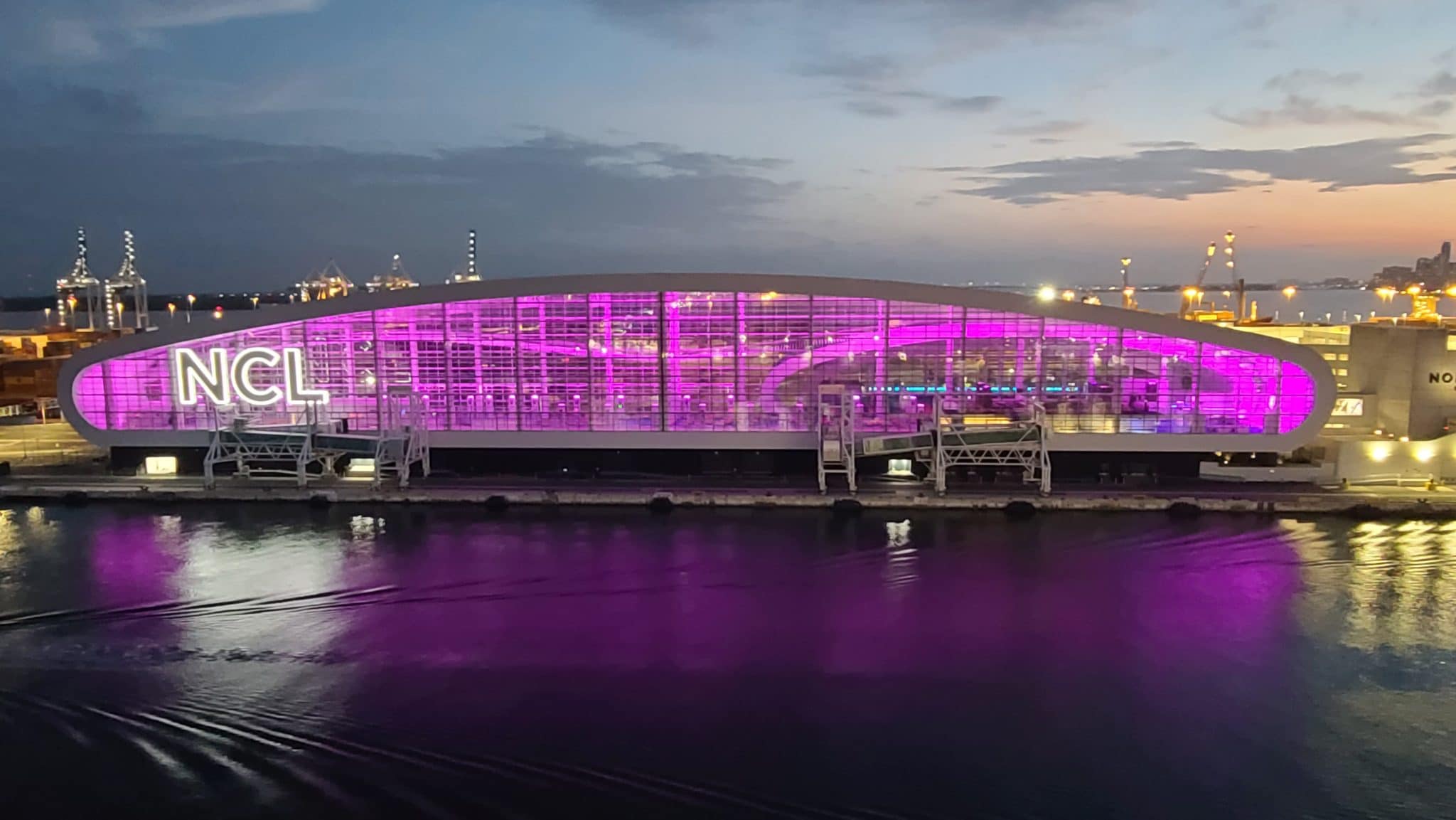 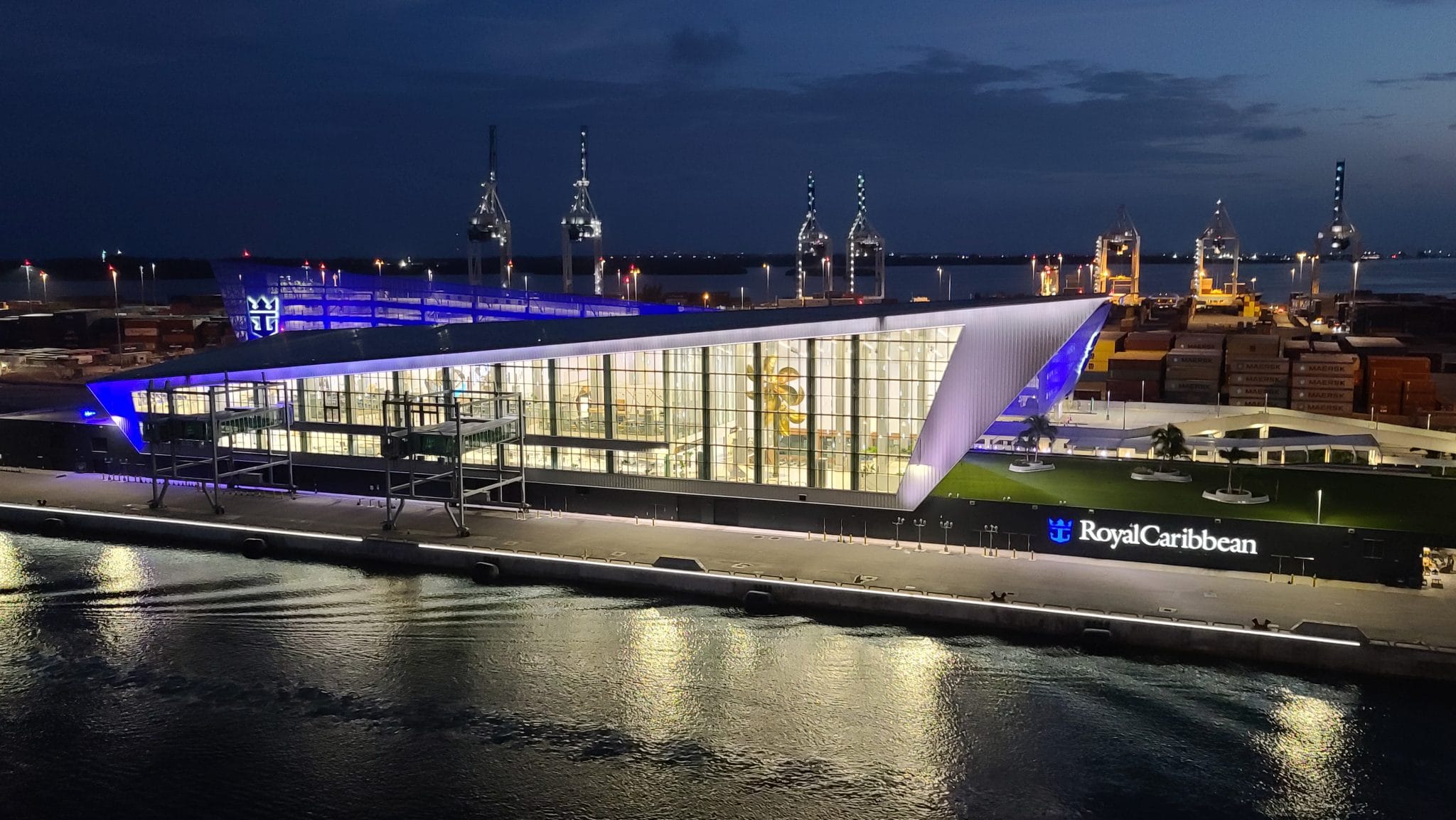