Norwegian Cruise Line has announced that one of their cruise ships has completed the cruise line’s largest ship renovation in 2018. The refurbishment of Norwegian Jewel was part of The Norwegian Edge program, reaffirming the cruise line’s commitment to elevating the standard of excellence across the fleet. 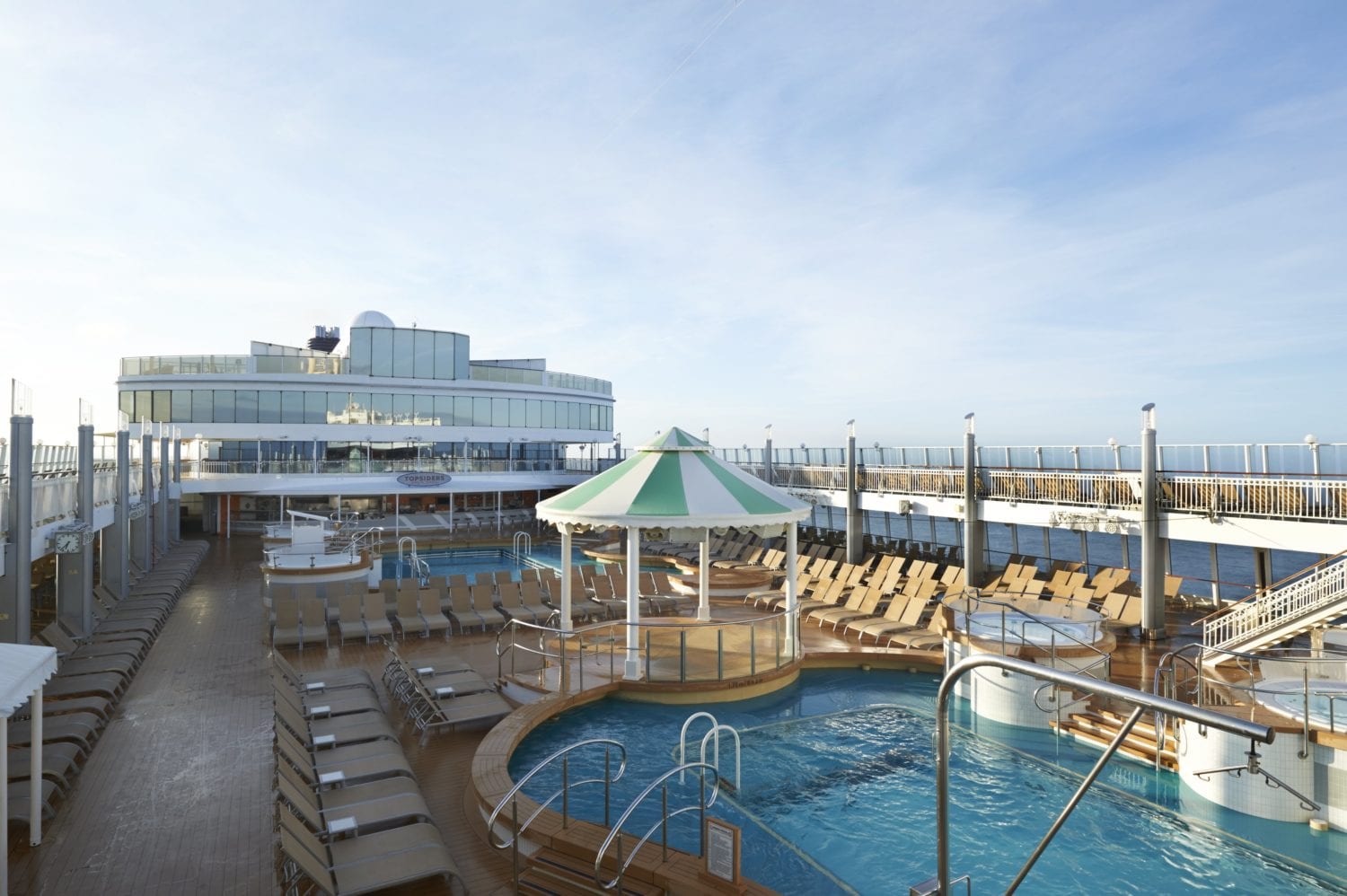 Here is a look at the improvements Norwegian made to Norwegian Jewel and several photos of the ship after leaving dry dock.

All 1,188 staterooms were upgraded with new televisions and USB outlets, as well as new carpet, artwork and furniture. The Haven by Norwegian received updates to the courtyard, additional cabanas on the sun deck and new finishes, carpets, tiles, drapes, artwork and furniture for all suites and villas.

Norwegian Jewel will feature two new shows – “Rock You Tonight,” and ship exclusive “Velvet,” illustrating the company’s commitment to providing high-caliber entertainment. “Rock You Tonight” showcases a medley of songs from the best bands of the 70s, including Queen, Journey and The Who.

The Australian hit musical “Velvet” makes its debut at sea with disco classics, a stellar combination of circus acrobatics, cabaret and burlesque elements, and features the talented Brenda Edwards of “X Factor UK” as the lead, with “The Voice” finalist, Frenchie Davis to follow.

As the heart of the ship, the Atrium has been revitalized with an entirely refreshed look centered around a custom-design chandelier and includes updated flooring, refurbished reception and shore excursion desk areas, the addition of relaxed banquette seating and a large TV screen.

Offering seven to 19-day itineraries to some of the region’s most exotic destinations, she’ll spend her winter 2018 and spring 2019 seasons cruising from Sydney, Hong Kong and Singapore, before joining Norwegian Bliss and Norwegian Joy in Alaska for the summer.