Norwegian Cruise Line’s next new cruise ship, Norwegian Prima, completed a construction milestone this week when the vessel was floated out of dry dock for the first time, 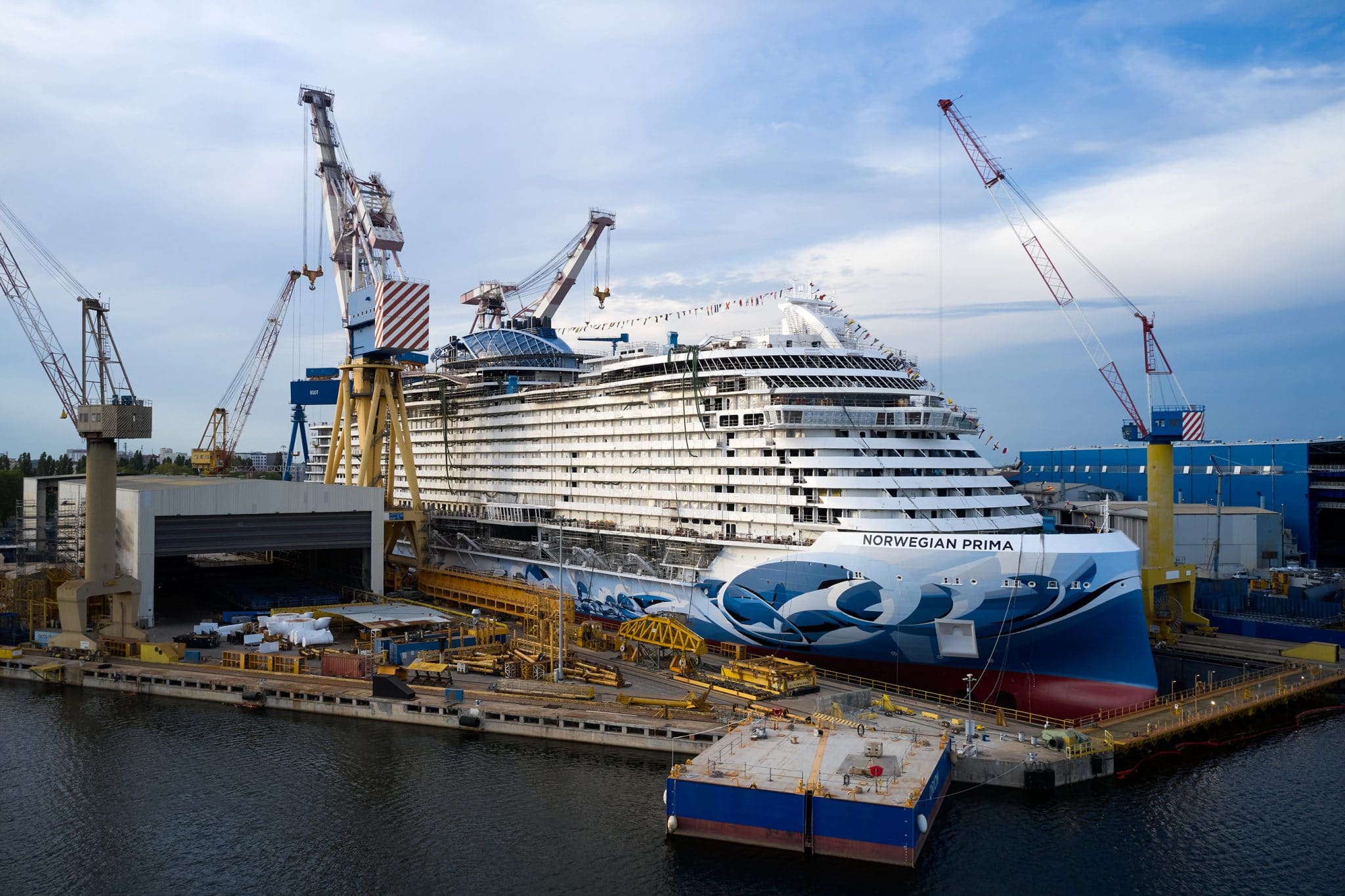 The floatout signifies the completion of external works and painting to Norwegian Prima, including the striking hull artwork designed by Italian graffiti artist Manuel Di Rita, known commonly as “Peeta.” Work now continues on Norwegian Prima’s interior fittings and guest accommodations, before the cruise ship is officially delivered to Norwegian and begins cruises next summer.

“A ship’s float out is always a significant milestone, but this one is particularly special,” said Harry Sommer, president and chief executive officer of Norwegian Cruise Line. “Our 18th ship, Norwegian Prima represents an exciting new chapter for our Brand and the first vessel to be delivered in our groundbreaking new Prima Class. We’ve worked closely with our partners at Fincantieri to deliver a truly remarkable vessel. Their passion, skill and craftsmanship has brought to life one of the most stylish and innovative ships to ever set sail. I’m thrilled we’re now one step closer to welcoming our guests onboard in just 12 months’ time,” Sommer concluded.

Norwegian Prima is the first of six cruise ships in NCL’s highly anticipated Prima Class, the cruise line’s first new class of vessels in nearly 10 years. At 965 feet long, 142,500 gross tons and with capacity for 3,215 guests at double occupancy, the cruise ship is designed to put guests first. Norwegian Prima boasts wide-open spaces, thoughtful and stunning design, and a variety of new experiences for NCL.

Meanwhile The Haven by Norwegian on Norwegian Prima offers Norwegian Cruise Line’s most exclusive and centralized ‘ship-within-a-ship’ suite complex. Spanning eight decks of suites and public areas, it is accessible via private elevators and located at the aft of the ship for the very first time.

Designed to be more open to the sea than ever before, every public area in The Haven will offer spectacular views, together with a stunning new infinity pool overlooking the ship’s wake and a new outdoor spa with a glass-walled sauna and cold room.

Norwegian Prima will sail from multiple cruise ports around the U.S. including Miami, Port Canaveral, New York, and Galveston after a series of cruises in Europe.

Norwegian Cruise Line has announced the biggest sale in their history that has 70% off the second guest in a stateroom along with seven...
Read more