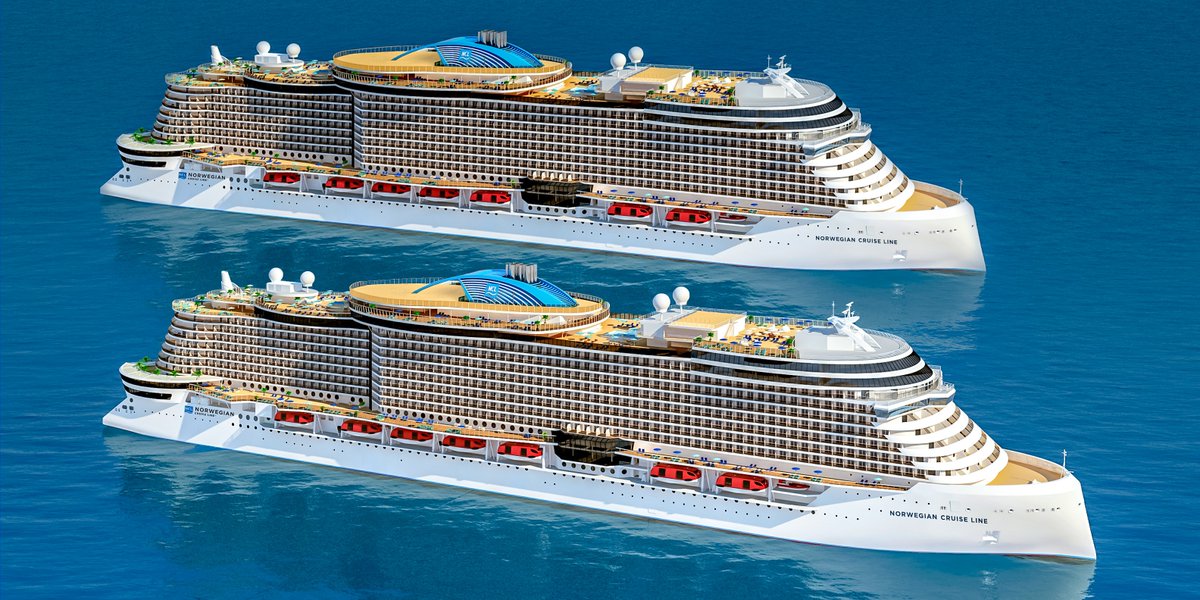 The announcement confirmed its previously announced options for the fifth and sixth Project Leonardo Class ships with Fincantieri S.p.A. for Norwegian Cruise Line for delivery in 2026 and 2027.

At 140,000 gross tons and accommodating approximately 3,300 guests, this next generation class of cruise ships will build upon the highly successful offering of freedom and flexibility found across Norwegian Cruise Line’s fleet, including the most recent Breakaway Plus Class ships, and feature a host of inventive designs that will further elevate its already award-winning guest experience.

A priority of the prototype design is energy efficiency, with the aim of optimizing fuel consumption and reducing the impact on the environment. The smaller footprint will also broaden deployment opportunities around the world. Details on the many innovative guest-facing and first at sea features will be announced at a later date.

Andy Stuart, president and chief executive officer of Norwegian Cruise Line, gave the following statement: “Following the Breakaway Plus Class, the most successful class in our Company’s history, the highly anticipated Leonardo Class will fuel future growth with exciting and innovative offerings that will meaningfully drive demand from new and loyal returning guests alike.”

The effectiveness of these orders is contingent on the Company’s entry into committed financing arrangements.