MSC Cruises announced not only three major milestones today, but also another new cruise ship for the fast growing cruise line. The new ship will be the fifth Meraviglia class ship that will be powered by LNG and debut in 2023. 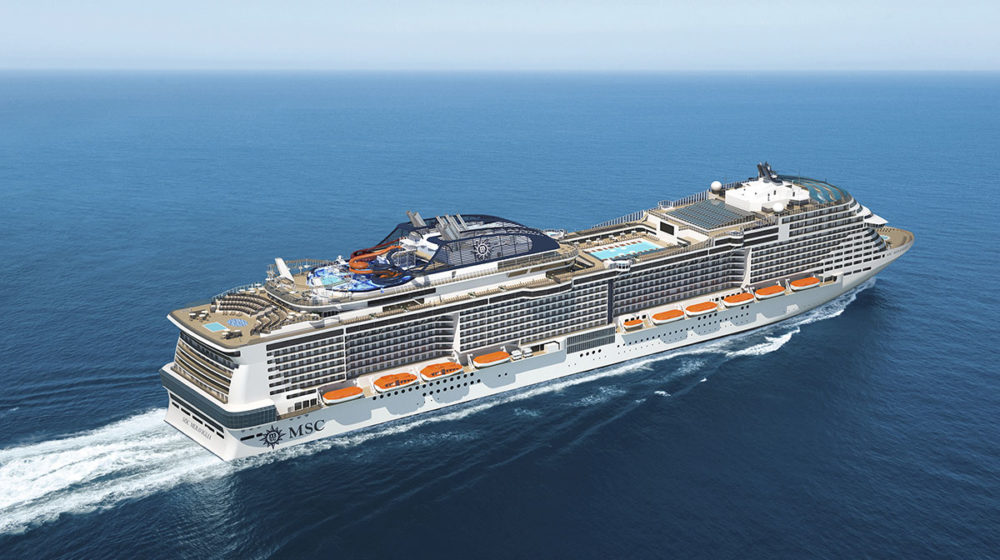 The three major milestones celebrated by MSC Cruises were:

This fifth Meraviglia class ship brings the total number of LNG powered ships ordered by MSC Cruises to five. The ship will cost $1.06 billion to build and is part of the cruise line’s $13.5 billion investment in 13 new cruise ships.

This announcement was made at a unique ceremony held at the Saint-Nazaire shipyard in the presence of Bruno Le Maire, the French Minister of the Economy and Finance. STX France and MSC Cruises celebrated three major ship building milestones: the Steel Cutting Ceremony of the 4th Meraviglia class vessel where MSC Cruises announced that the ship will be named MSC Virtuosa; the Coin Ceremony of MSC Grandiosa; and the Float-out of MSC Bellissima.

For the first time in Saint-Nazaire’s history, three cruise ships belonging to a single cruise brand are under simultaneous construction at the shipyard.

Speaking before opening the valves to flood the dry dock where MSC Bellissima has been assembled, Pierfrancesco Vago, MSC Cruises’ Executive Chairman, said: “With the announcement of yet another new vessel, the 13th under our 10-year investment plan, we are affirming our commitment to sustainable growth for our Company. I say this while three more next-generation MSC Cruises are now simultaneously under construction.

Mr Vago added, “Our fifth Meraviglia class cruise ship will bring a new generation of cutting-edge environmental technology to the market, benefiting from a new generation of LNG-powered engines. This will help us further reduce our environmental footprint and advance in our journey of constant improvement. She will be joined at sea by up to four World Class LNG-powered ships, as part of our overall commitment to environmental stewardship through this and other next-generation technologies and solutions deployed fleet-wide.”

Under its ambitious industry-unprecedented €11.6 billion (≈$13.5 billion USD) investment plan, the fleet is set to expand to 25 mega-cruise ships by 2026. To date, MSC Cruises has designed six new ship classes, all prototypes that push the boundaries of marine architecture and design.