The first Carnival cruise ship received a dedicated pickleball court as the fast growing sport continues to be added to more cruise ships. 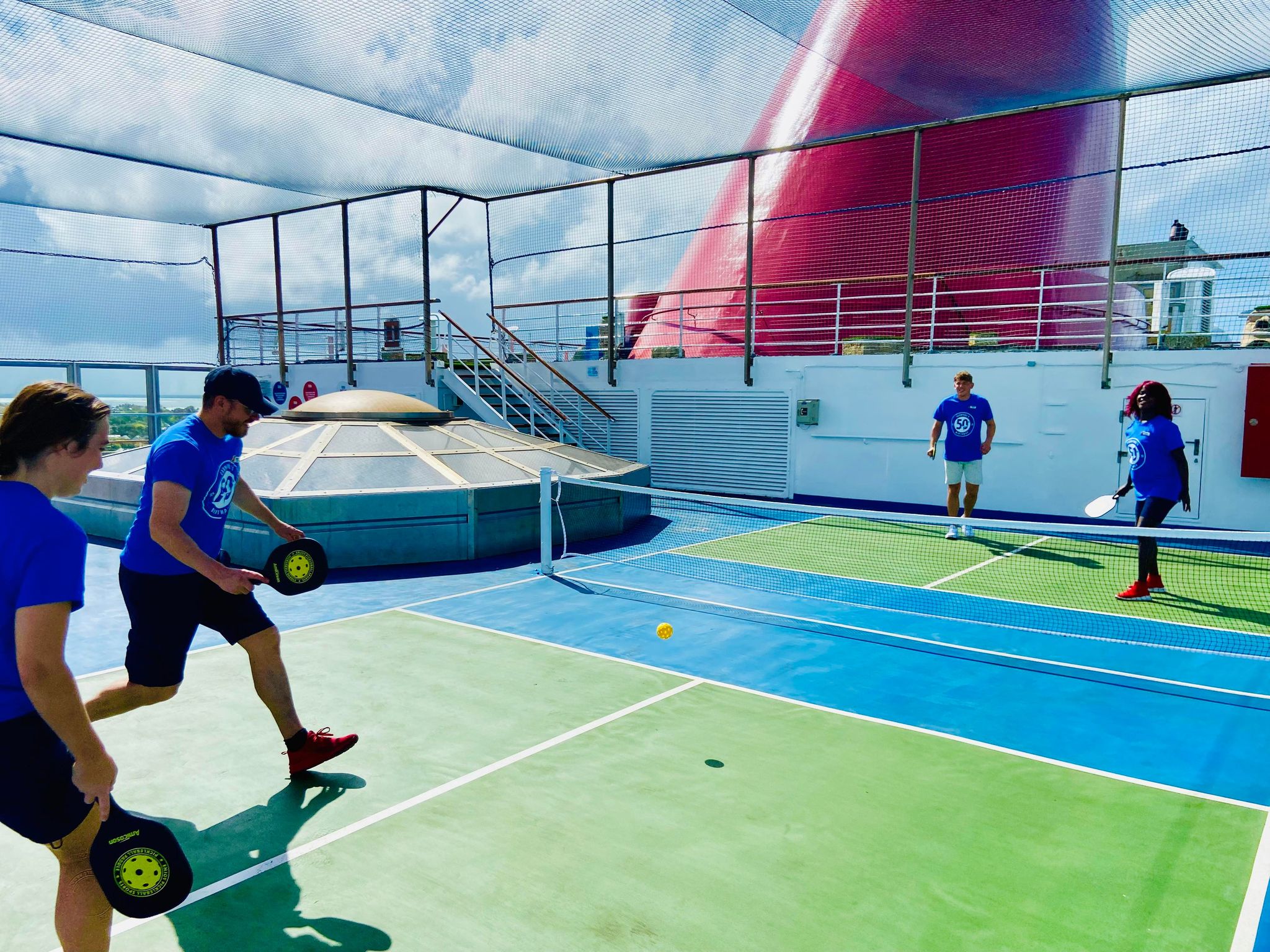 The dedicated pickleball court was added to Carnival Conquest while the cruise ship was in a recent dry dock. The ship’s team members were the first to try out the new court.

Pickleball is a two- or four-person sport where players hit a perforated hollow ball over a net using solid-faced paddles, combining elements of tennis, badminton and ping-pong. The game has existed for decades, but it has seen surging popularity across the U.S. recently and growing interest internationally as well.

Pickleball joins several other popular activities as part of Carnival SportSquare, which includes facilities for games such as mini golf, volleyball and basketball. For more about onboard activities, click here.

Carnival Conquest sails from PortMiami year-round and offers a range of itineraries to The Bahamas as well as other Caribbean destinations.