Disney Cruise Line’s new ship, Disney Wish, touched water for the first time when the vessel was floated out at the Meyer Werft shipyard in Papenburg, Germany. 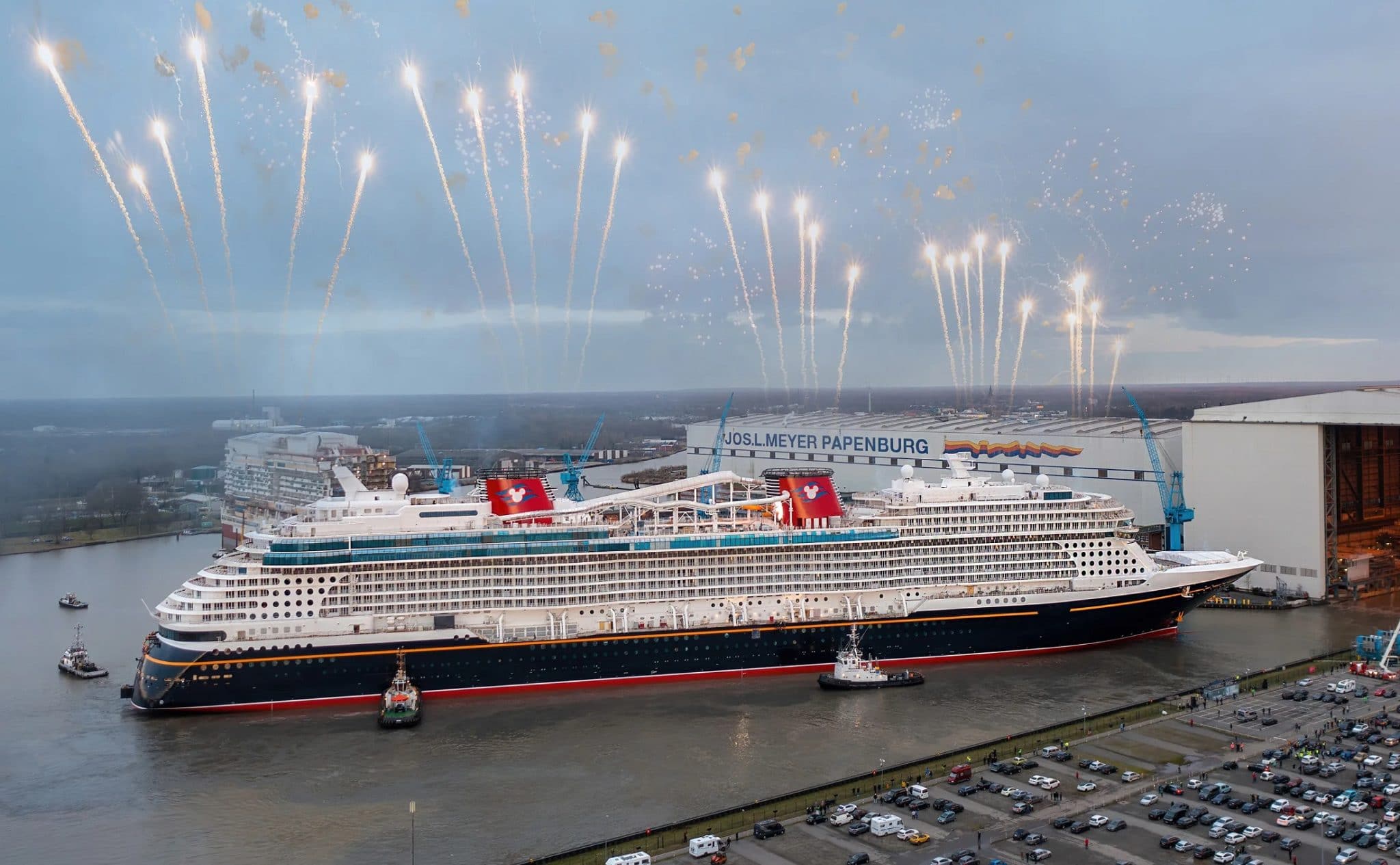 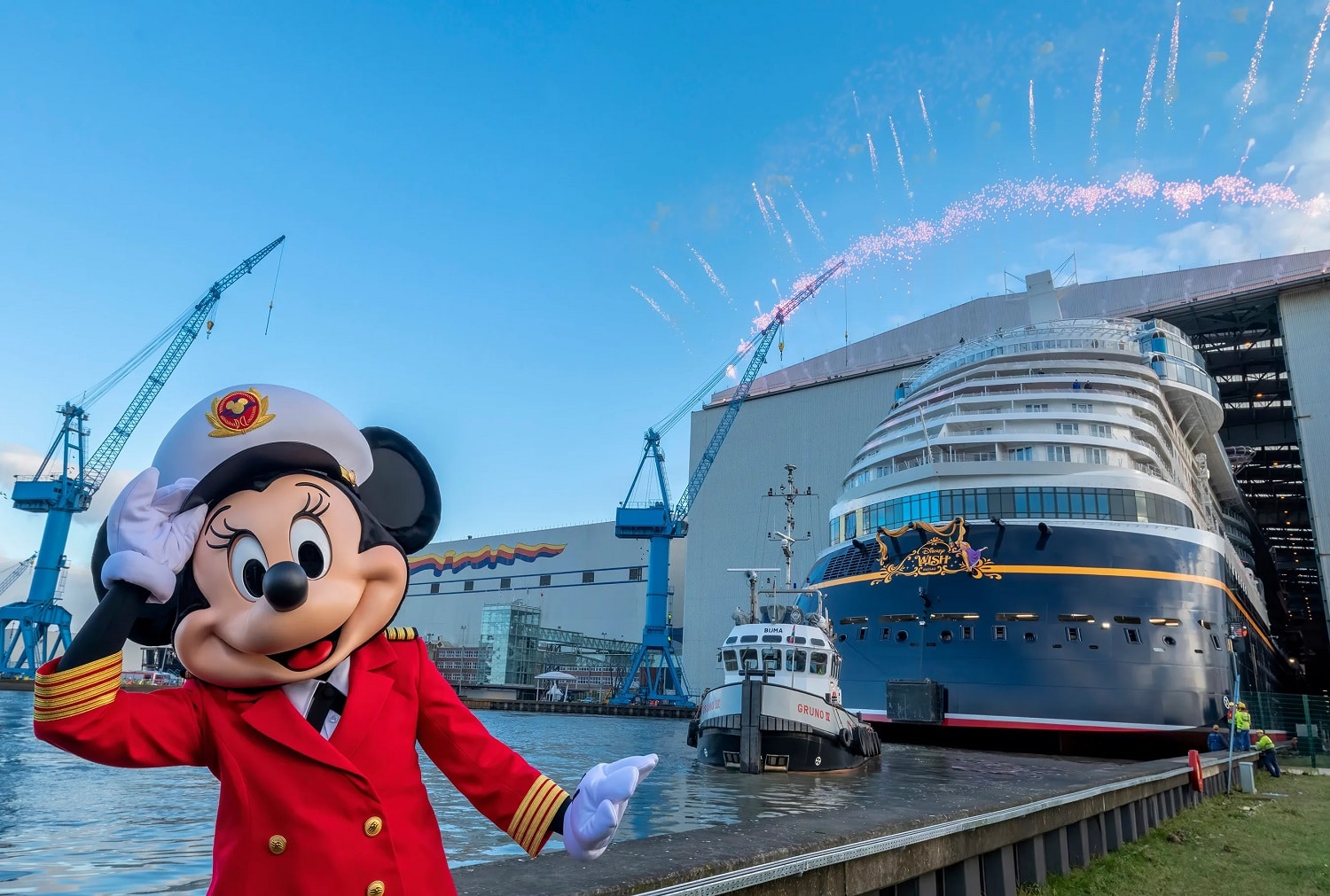 It took about five hours and 29 million gallons (110,000 cubic meters) of water from the River Ems to flood the building dock, followed by a breathtaking exit as the cruise ship sailed out with only 3 feet of clearance on either side. 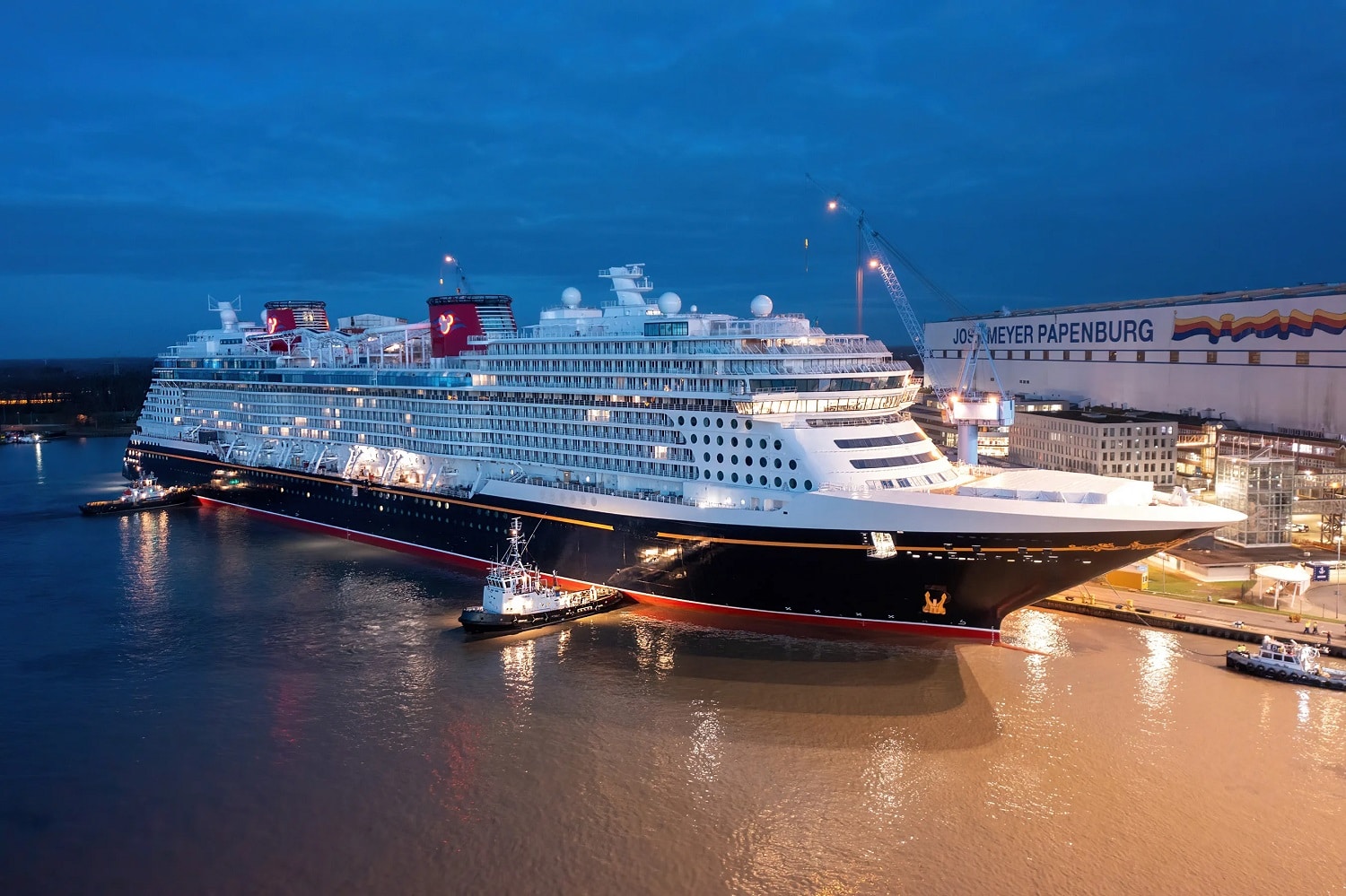 When it sets sail this summer,  Disney Wish will be filled with innovative new experiences steeped in Disney storytelling, including the first-ever Disney attraction at sea, immersive dining experiences themed to “Frozen” and Marvel, and a high-end lounge set in the Star Wars galaxy. The ship will sail its maiden voyage on July 14 from Port Canaveral, Florida.

Disney Wish is the first of three new Disney Cruise Line ships to be built at the Meyer Werft shipyard through 2025. Each will be powered by liquefied natural gas and come in at approximately 144,000 gross tons in size.