Cruise Ship Cut In Half and Extended With New Features

A cruise ship was cut in half and extended so 50 new suites and two new restaurants could be added to the vessel. 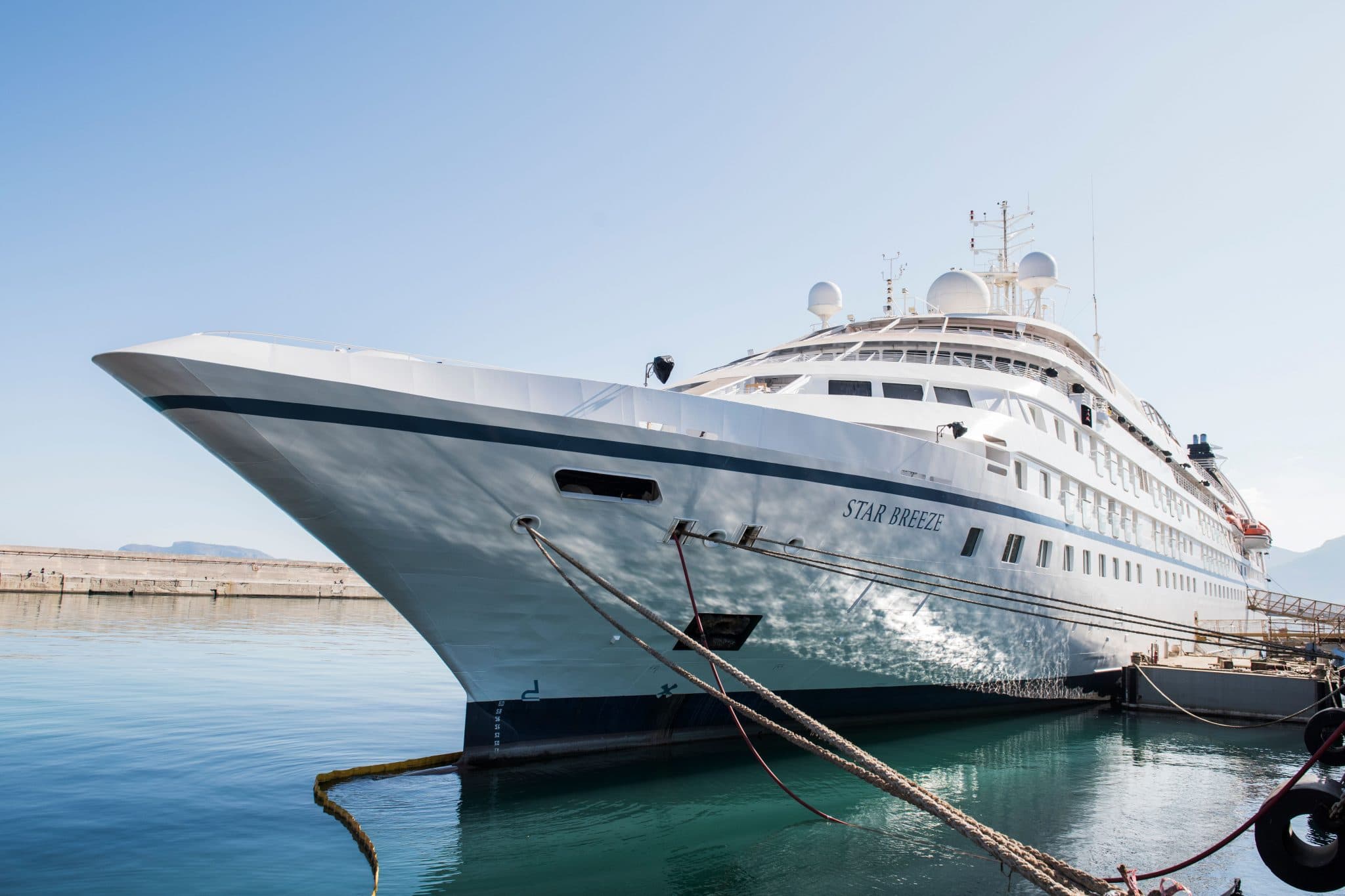 Windstar Cruises has announced that Star Breeze has successfully been lengthened and capacity on the cruise ship will increase from 212 to 312 guests.

In addition to the 50 new suites and two new restaurants, the small cruise ship now has a reimagined spa/fitness center, enlarged pool and deck, new bathrooms in all suites and new efficient engines.

While Windstar Cruises has temporarily suspended operations, renovation work on its three Star Plus Class cruise ships moved forward, with Star Breeze as the first to emerge from a $250 million Star Plus Initiative that also includes sister ships Star Pride and Star Legend. The two ships will join the fleet later in 2021, following their completed Star Plus transformations carried out by Fincantieri at its shipyard in Palermo (Italy).

“We’re delighted to take delivery of Star Breeze, the first ship completed as part of the Star Plus Initiative at Fincantieri shipyard in Palermo,” said Chris Prelog, president of Windstar Cruises. “These three Star Plus Class yachts offer more amenities we know our guests want, while still being small enough to travel the narrow waterways and visit the small ports we’re known for.”

Prelog emphasized the additional work and investment into this yacht and others for health and safety features as part of the new Beyond Ordinary Care program. Star Breeze is outfitted with new HEPA filters and UV-C light technology, and the rest of the fleet will be outfitted with these updates and more before returning to service.

Star Breeze now has a completely re-imagined and enlarged spa and fitness center to invigorate active guests. The workout equipment is made by Technogym, an Italian company known for its cutting-edge designs. The spa menu features regional spa treatments and destination-themed therapies as part of the World Spa by Windstar program. Massage therapists and beauticians will be using products from Elemis, a luxurious British body and skincare line.

The yacht now has a large pool and hot tub on an elevated top deck, offering outstanding views, along with expanded outdoor deck areas for relaxing and sun-bathing.

There are 50 new suites featuring new suite categories and open floor plan configurations, as well as two brand-new, larger Owner’s Suites. These combine suites to create up to a three-bedroom, two-balcony suite – the first of its kind in the cruise industry. Every suite on board will feature all-new bathrooms.

Important, But Less Flashy for Guests

There are new, state-of-the-art, efficient engines and diesel generators, plus a new elevator mid-ship, making access to all decks easy from anywhere on board. There’s a comfortable tender loading area located mid-ship and two new 90-passenger tenders that will ferry guests to port when yachts are at anchor. In addition, staff and crew areas and accommodations were expanded and upgraded.

Ben Souza
Ben is a world traveler who has visited 42 countries and taken over 50 cruises. His writings have appeared and been cited in various media outlets such as Yahoo News, MSN, NPR, Drudge Report, CNN, Fox, and ABC News. Ben currently resides in Cincinnati, Ohio. Follow Ben on Instagram. Visit Ben Souza on Linkedin. You may email Ben at [email protected]
Cruise NewsCruise Ship Cut In Half and Extended With New Features
Previous article
3 New Cruise Lines Sailing for the First Time in 2021
Next article
CDC Says Cruise Ships Should Be Avoided Worldwide