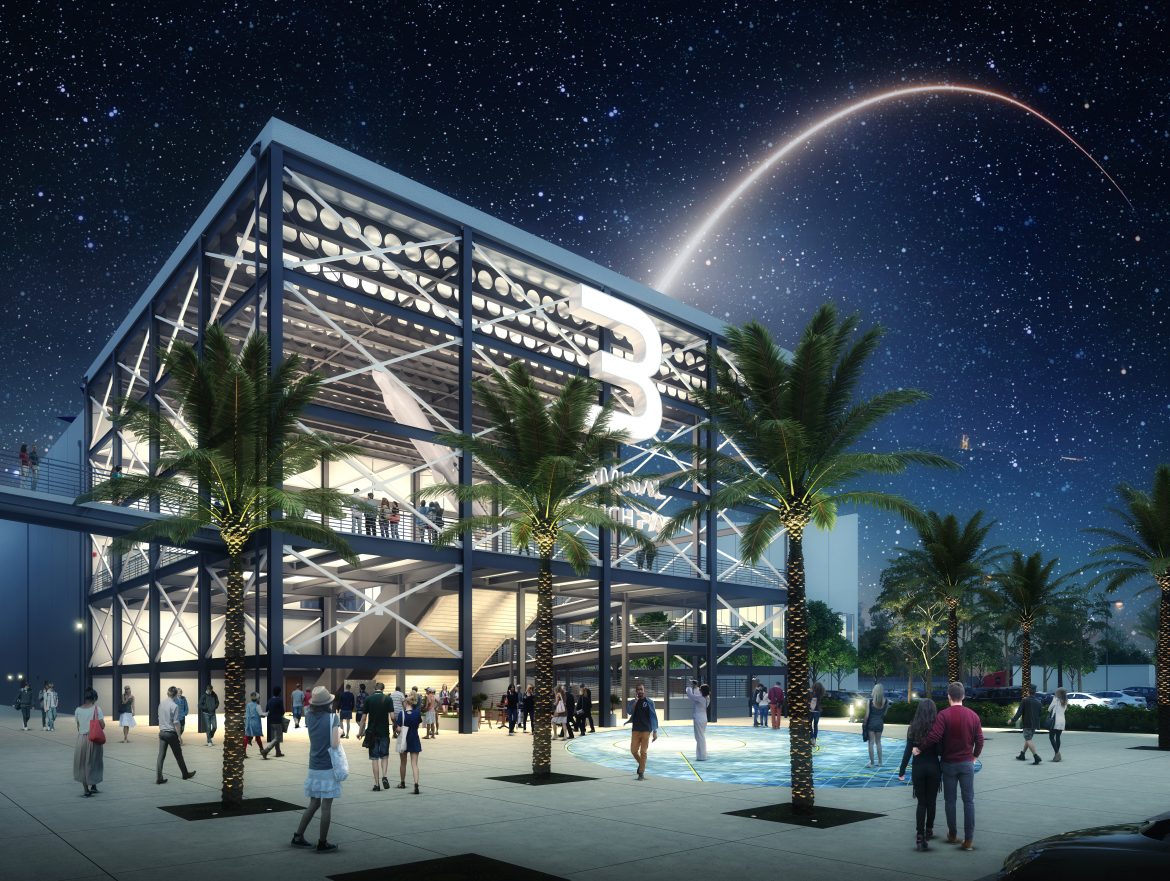 The new terminal, dubbed the Launch Pad, will be the home of Mardi Gras, the cruise line’s newest and most innovative ship, beginning in 2020. Port Authority Commissioners and the Port’s leadership team joined Carnival Cruise Line executives for the ceremonial groundbreaking at the project site as NASA’s “Spaceman” planted a Carnival Cruise Line flag on a simulated lunar landscape.

The event theme, “Go for Launch,” was a nod to the Port’s key role with the U.S. space program and the terminal’s futuristic design, which was inspired by nearby Kennedy Space Center. The $163 million terminal project – the largest in the Port’s 65-year history – is scheduled for completion in May 2020 and will be ready for the arrival of Mardi Gras to her year-round Port Canaveral homeport in October 2020.

The contract to build the two-story, 187,000 sq. ft. terminal facility and adjacent six-story parking garage was awarded to Merritt Island, Florida-based Ivey’s Construction. The terminal will feature a high-tech baggage processing facility and a state-of-the-art check-in and security area on its second floor, with kiosks and seating for 1,700 guests. The six-story 692,000 sq. ft. parking garage will accommodate 1,800 vehicles.

Construction of the cruise terminal’s marine facility got underway last year with a contract awarded to Titusville, Florida-based contractor RUSH Marine to remove the existing pier structures at the site and build a new 1,309-foot-long berth for Mardi Gras. Substantial completion of the project is scheduled for December 2019.

Port Canaveral’s Launch Pad will be homeport to Carnival’s largest and most innovative cruise ship, Mardi Gras, which will be powered by liquified natural gas (LNG) – part of Carnival Corporation’s “green cruising” platform. Mardi Gras will be the first cruise ship in North America to be powered by this clean fuel technology.

Port Canaveral has worked with federal, state and local public safety and regulatory officials to ensure the Port’s safety readiness for the ship’s arrival. Fuel providers will employ widely used and proven safe best practices of a ship-to-ship “bunkering” refueling, which is regulated by the U.S. Coast Guard.

After a special eight-day cruise to the Caribbean on Oct. 16, 2020, Mardi Gras will commence year-round seven-day cruises on October 24, 2020 to the Eastern and Western Caribbean.