Celebrity Edge, the most anticipated new cruise ship in 2018, arrived in her homeport of Port Everglades earlier today. | 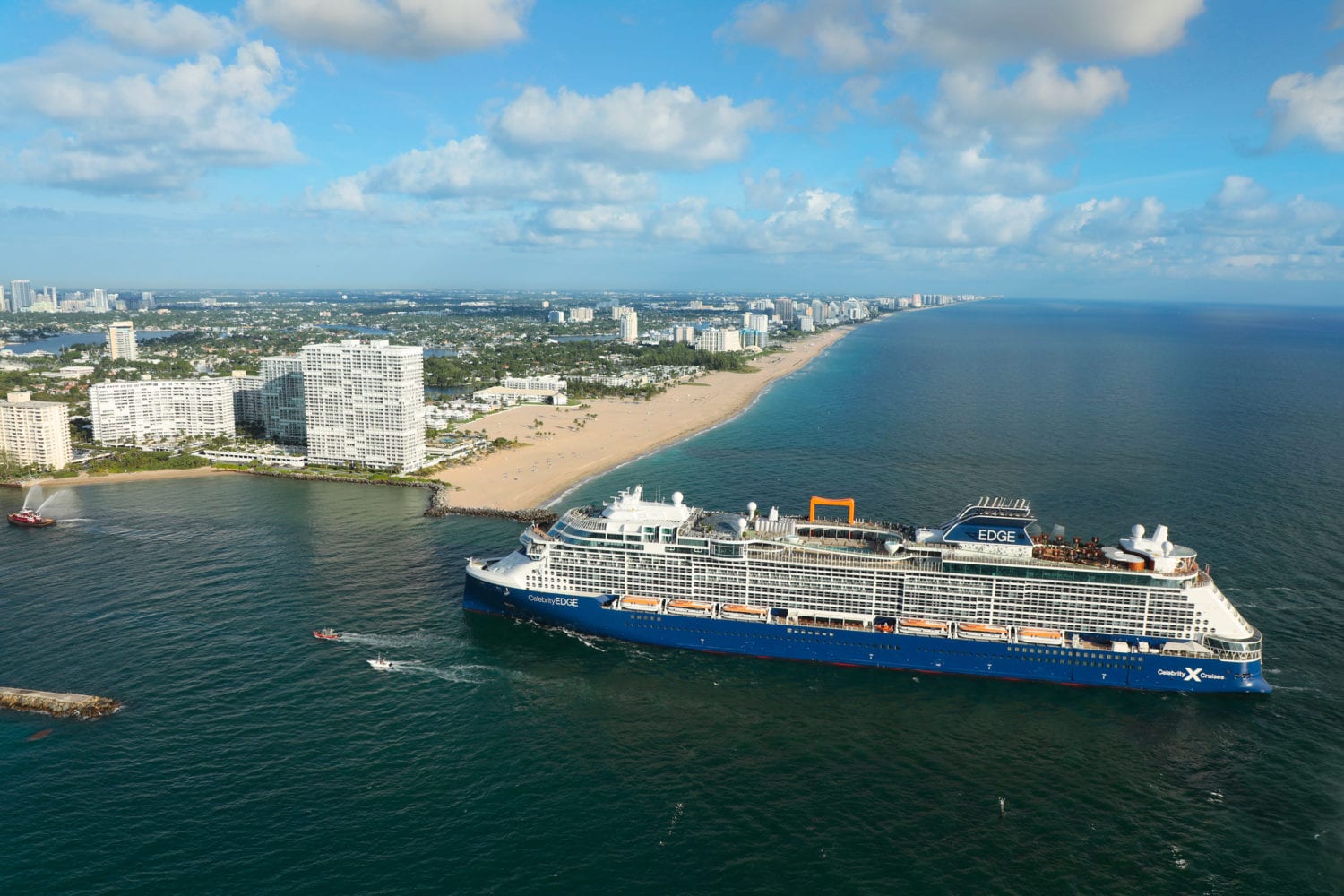 Celebrity Edge is the newest game changing cruise ship from Celebrity Cruises. The ship embarked on the more-than 4,000-mile transatlantic voyage from the Chantiers de l’Atlantique shipyard in Saint-Nazaire, France, on November 4, 2018, with more than 1,400 crew members on board. Along the way, the cutting-edge new ship visited ports in both Azores, Portugal, and Freeport, Bahamas.

Then, in spring of 2019, Celebrity Edge crosses the Atlantic again to offer guests stunning vistas of the Mediterranean with a range of seven- to 11-night sailings visiting iconic cities, including Barcelona and Rome.

Adorning the decks as Celebrity Edge entered the channel for the first time, more than 1,400 excited crew members waved to a sea of shoreside colleagues who gathered to welcome the ship and her crew to their new home at an exclusive welcome event hosted at the Nova Southeastern University Oceanographic Center — a fitting debut for Celebrity’s first new cruise ship in six years and the first of a new class in more than a decade.

After the arrival of Celebrity Edge at T25, Lutoff-Perlo and Fain then hosted a grand opening ceremony in the revolutionary new terminal. Attended by key brand executives and esteemed Broward County and City of Hollywood officials, the dramatic ribbon-cutting ceremony marked the official grand opening of the first terminal designed exclusively for the Celebrity brand, dubbed the new home of modern luxury.

Cruise Fever will be embarking on Celebrity Edge on Sunday, November 25.  You can follow along on Instagram and Twitter as we show you the ins and outs of Celebrity’s newest cruise ship.