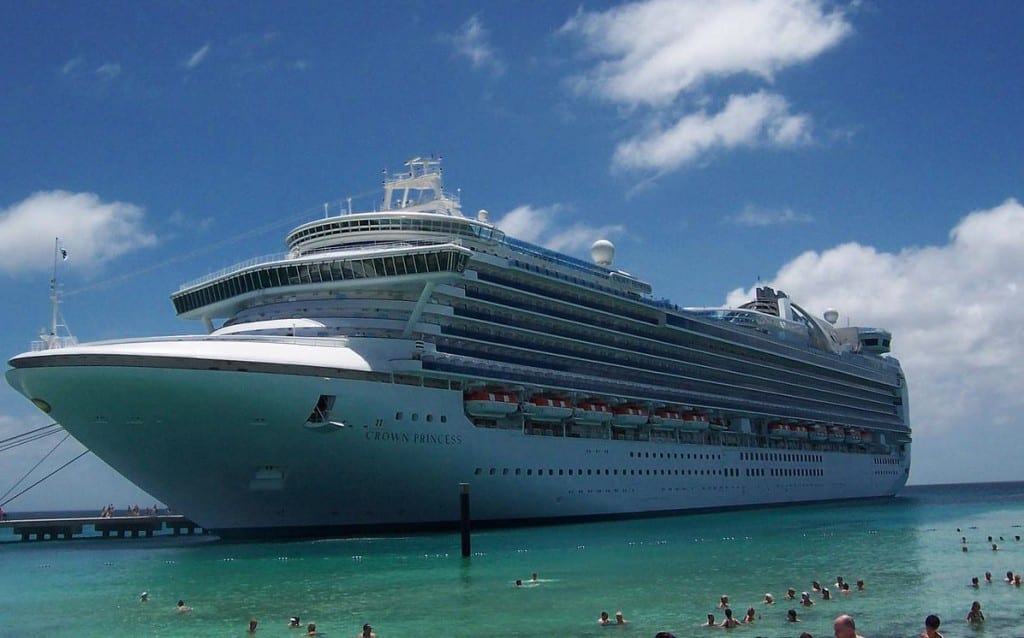 Princess Cruises has increased cleaning and disinfection procedures according to their outbreak prevention plan.  Announcements are being made to passengers to encourage hand hygiene as well as report any illness that they may have.

The Norovirus is easily spread when there are large groups of people confined to small areas such as cruise ships, dormitories, hospitals, and school rooms.  Passengers who do come down with the norovirus are confined to their staterooms to keep the illness from spreading.

This is one benefit to booking a balcony cabin as passengers can still enjoy a limited cruise experience as compared to those in inside staterooms.

This is the first norovirus outbreak on a cruise ship since early April when the same cruise ship, the Crown Princess, had a smaller outbreak with 150 passengers and crew members becoming ill.

Cruise Fever will continue to monitor this latest outbreak and will update this page as more information becomes available.

The Crown Princess is a 3,080 passenger cruise ship that entered Princess Cruises’ fleet in 2006.  This 113,000 gross ton ship is currently on a 28 night cruise to Hawaii, Tahiti, Bora Bora, and Somoa.

Ben Souza
Ben is a world traveler who has visited 40+ countries and taken over 70 cruises. His writings have appeared and been cited in various media outlets such as Yahoo News, MSN, NPR, Drudge Report, CNN, Fox, and ABC News. Ben currently resides in Cincinnati, Ohio. Follow Ben on Instagram. Visit Ben Souza on Linkedin. You may email Ben at [email protected]
Cruise NewsNorovirus Outbreak Hits Cruise Ship Affecting 172 Passengers/Crew Members
Previous article
Regal Princess Cruise Ship Review and Video Tour
Next article
Quantum of the Seas Doesn’t Live Up To The Hype, It Blows It Away