Opinion Quantum of the Seas Doesn't Live Up To The Hype, It Blows...

Quantum of the Seas Doesn’t Live Up To The Hype, It Blows It Away 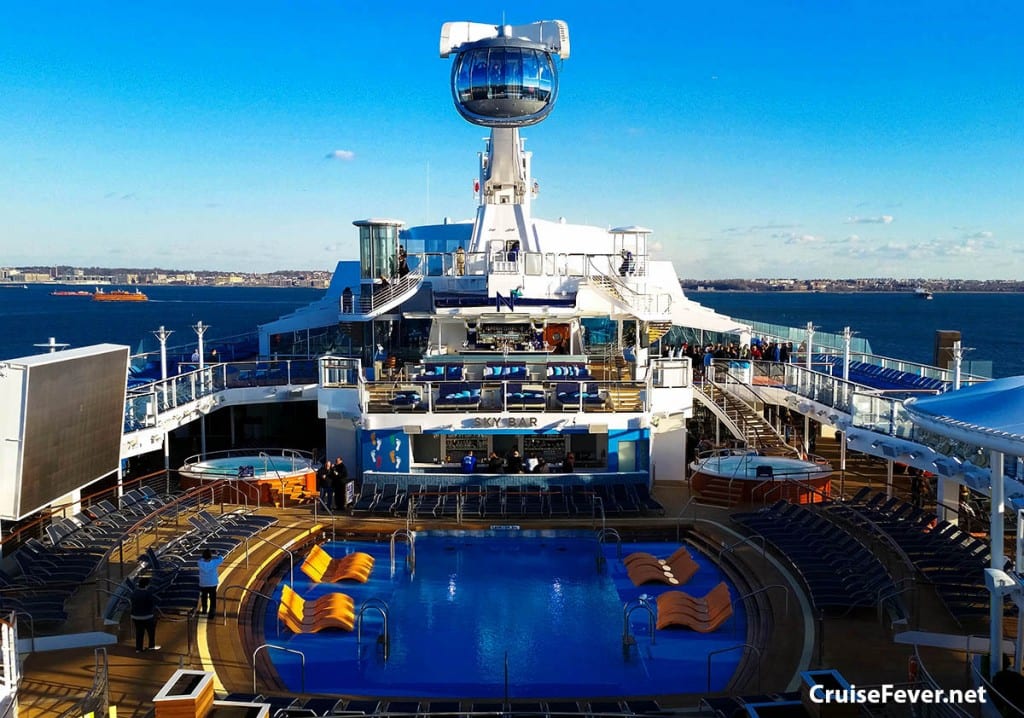 Usually when something is hyped as much as Quantum of the Seas has been over the past 18 months, there is some sort of disappointment.  It’s inevitable, almost as certain as lake effect snow in Buffalo in the middle of winter. I boarded the ship expecting some features to not live up to the hype, but was almost instantly blown away.

From quick embarkation, robot bartenders, WOW bands, the incredible Two70 lounge, to nearly 20 places onboard to grab something to eat, Quantum of the Seas has set the standard for all future cruise ships.  Other cruise lines need to take notice, this is the future of the cruise industry.

While Royal Caribbean has aimed this new cruise ship at those who have never cruised, previous cruisers are buzzing onboard about all that the Quantum of the Seas offers.

Quantum of the Seas is about options, a break from the traditional dinner at 6:00 p.m. each night and formal nights on the first and 2nd to last sea day.  There is something to eat just about everywhere on the ship, with 11 dining options being complimentary.  Cruising is about food, and Royal Caribbean nailed it with all the options on the ship.

The Seaplex is a multi-functional indoor basketball court that also serves as a roller skating rink and for bumper cars.  However, it wasn’t teenagers in line for bumper cars as most would expect, it was grandmas and baby boomers having the time of their life ramming into each other like they were 14 again.

One of the most hyped features of Quantum of the Seas is the North Star, raising 300 feet above sea level giving passengers a bird’s eye view of the ship that has never before been experienced by guests. 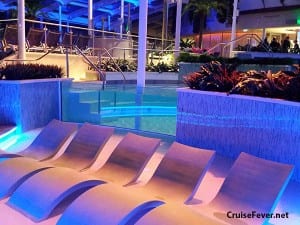 The Solarium is a hidden gem that wasn’t given the hype as other features, but is one of the best spots on the ship.  This heated area in the front of the ship provides sweeping ocean views and has several pools and hot tubs.

This is one of the best relaxation spots that I have ever seen on a cruise ship, if not the best.  I can’t think of a better way to spend on a sea day than in the Solarium on Quantum of the Seas.

The Bionic Bar has been called everything from a gimmick to a waste of space since “everyone wants human interaction” when they order a drink.

However, the Bionic Bar is a smashing hit on the Quantum of the Seas. Passengers have been standing 3-4 deep around the bar with their phones and cameras out watching and filming the robots make drinks.

Watch the Bionic Bar in action in the video below.

The Two70 Lounge is the most incredible room I have ever been in on a cruise ship. With the adjacent [email protected], it is a great place to grab a snack and coffee and enjoy the ocean views during the day.  At night, the show Starwater will blow you away as the show combines technology with live performance artistry.

I’ll be honest, it takes a lot for a cruise show to impress me but I enjoyed Starwater so much, I am going back to watch it for a 2nd time tonight. It was outstanding and a must see on Quantum of the Seas.

Quantum of the Seas is a cruise ship for passengers of all ages. Don’t believe the hype that the ship is geared toward millennials, it’s geared towards everyone.  This is the future of cruising, using modern technology that provides the perfect combination of world class entertainment with a wide variety of options to choose for breakfast, lunch, and dinner.

Quantum of the Seas Video Tour

Interested in the virtual balconies on inside staterooms?  We will have a full write-up with video tour after our cruise is completed.  Spoiler alert: Absolutely amazing feature that all inside cruise cabins should have.

Watch one of the staff members give a demonstration on RipCord.

ABOUT US
Two brothers started Cruise Fever in 2011 when they decided they couldn't stop cruising so they might as well write about it. Do you have Cruise Fever too? Follow along on this incredible voyage!
FOLLOW US
© 2011-2021, Cruise Fever ®. All rights reserved
1.3K Shares
Share1.3K
Tweet
Pin6
Email
Share