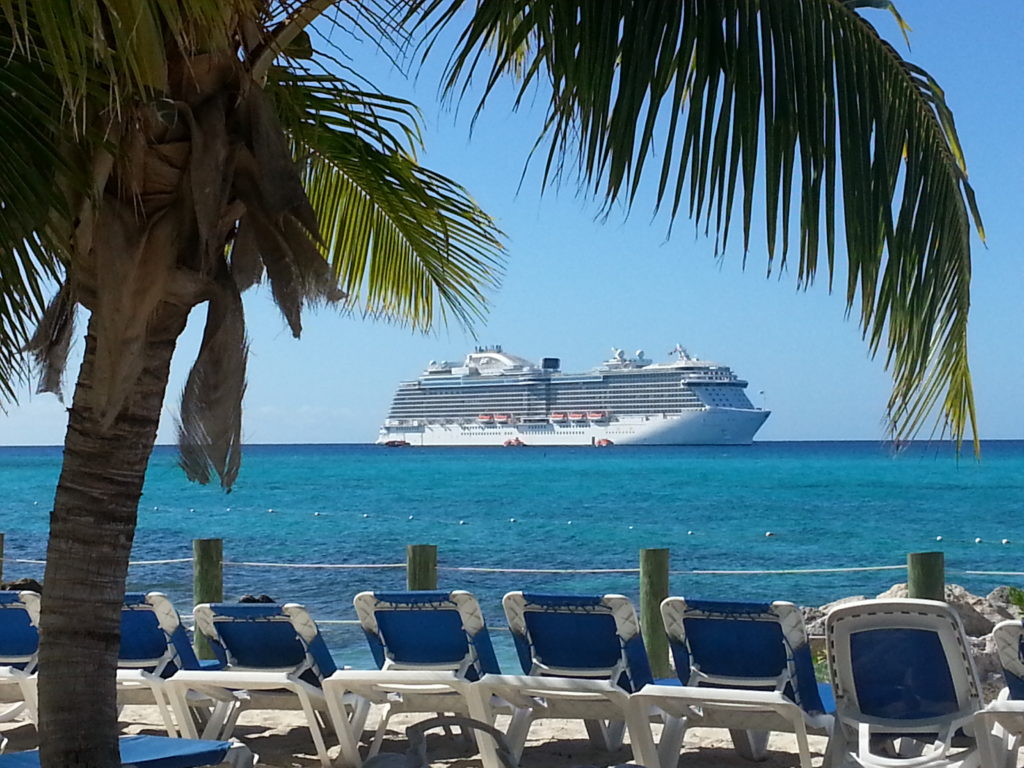 Looking for the cheapest time to cruise during the year?  If you’re like me you want to go on as many cruises as possible, as often as possible.   If you try to book a cruise during peek season, you might face some major sticker-shock.

Some of the cheapest times of year to cruise are late winter and early fall.  There are caveats that go with that, so let’s dive in and find what time of year will save you the most money on a cruise vacation.

Here are some tips for booking a cruise vacation for as little money as possible.  And it’s all done simply by choosing the right time of year.  Can’t beat that right?

Rule of Thumb for Cheapest Times to Cruise

While we believe that there are no bad times to take a cruise, certain weeks of the year are often cheaper than others.  A good rule of thumb is that prices are likely to be higher around any holidays or when kids are out of school.

So basically the most convenient times of year to cruise are also the most expensive.   Want to save money?  Go against the flow.  Book your vacation while everyone else is busy working or in school.  It’ll make your vacation photos that much sweeter when you come back to show all your friends how awesome your cruise getaway was as well. 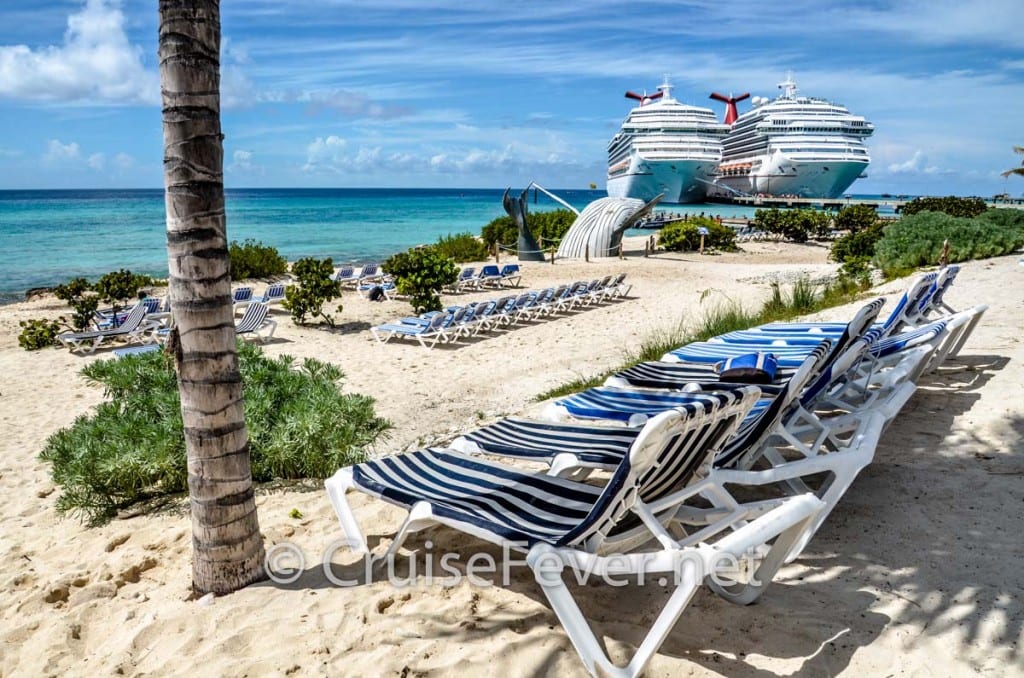 What causes prices to change from week to week?  It is all based on supply and demand.  While some weeks (especially through Christmas) are notorious for having high rates due to an increase in demand, the following weeks are generally the cheapest times to take a cruise.

It is worth noting that any week can have high prices if a specific sailing is selling well, even if it is during a week listed below.  But if you’re asking, “When is the cheapest time to cruise?” you’ve come to the right place.

Cheapest Weeks of the Year to Cruise

Our recommendation for finding the cheapest time to cruise?  Book early and take advantage of price drops, guaranteeing that not only will you get the best selection of staterooms, but also the best price.

Use this chart more as a visual than a concrete unit of measurement for the specific costs of cruising during these times.  Again, this graph was made in 2012 but general rules of pricing during the weeks of the year are still valid today.

Notice the price spikes during December’s busy holiday season, followed by the sharp decrease in pricing early in to January.  This chart is a great way to see the cheapest cruise months at a glance.

Leading into Spring there are some price increases for cruise vacations as people get ready for spring break.  These prices, however, are still lower than the dramatic increase during the peek cruise season of June and July.

I love booking cruises in September because it’s typically still warm and you can find rock bottom deals.  Even though there is the threat of cruising during hurricane season, if you are flexible you will be fine.  Your ship may have to change it’s itinerary because of an incoming storm, but pack your sense of adventure and you will still be glad you got such a great deal.

The same rule applies for cruises to and around Hawaii.  Book during the slowest time, which is typically from November to February, and you will save the most money.  This is also the rainy season for Hawaii so expect to see a few rain showers on your trip.  During holiday’s like Thanksgiving and Christmas you will see a spike in prices, as some travelers want to book their vacations during time already off from work.

Some like to cruise Hawaii between December and April because this is when humpback whales can be seen in these waters.

Between mid-April and mid-June there is often a lull in travelers to Hawaii so cruise costs can take a small dip during these times as well.

These times also are more vulnerable to inclement weather and some tours or ports may be canceled.  So in order to save a few bucks, some flexibility is required.

The most inexpensive times to cruise to Mexico will be very similar to Caribbean cruises.  The holidays of Christmas and Easter can be particularly busy for travelers in Mexico and costs will reflect this, with both higher cruise costs and flights.

The end of July through November can be some of the best times to book a cruise to Mexico in terms of pricing.  But also remember the end of summer will also be unbearably hot at times in this part of the world, and hurricane season will be in full swing.

If the cost of a cruise is more important than the ideal temperature and meteorological implications, go for it.

In our article on 7 Tips for Scoring the Best Deal on a Cruise we mention that cruising during the off season is one of the best ways to stay within your budget.  Using the information above you can find the cheapest time to cruise to the Bahamas or Caribbean in general.

Looking to cruise for as little money as possible?  Some of the most popular cruise lines that offer great deals on cruises are Carnival, Norwegian, and Royal Caribbean, with Royal Caribbean on the higher end of that spectrum, but offering great value for the price.

MSC Cruises often offers mind-boggling deals as they are still trying to break into the market.

For the absolute lowest price on a short 2 day cruise, it’s hard to beat the price of Bahamas Paradise Cruise line, with rates as low as $129 a person.  You can read about our first experience on this cruise line here.

What’s the best deal you ever scored on a cruise just by going in the off-season?  Let us know and we will do a happy dance together.  Does this post inspire you to get a sweet deal on a cruise?  If so, we have done our job! 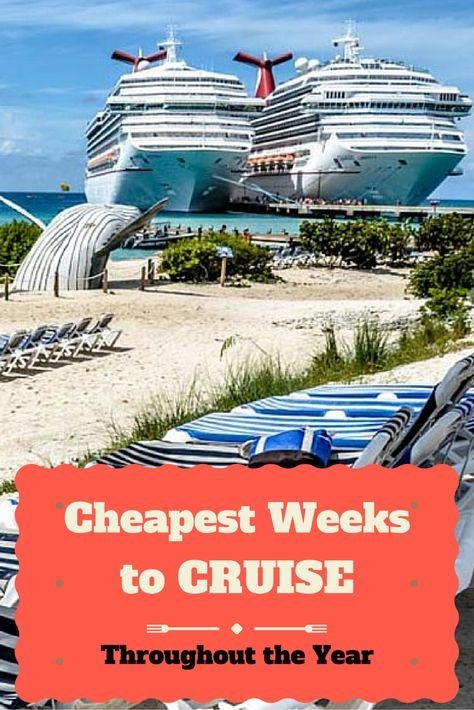 Ben Souza
Ben is a world traveler who has visited 40+ countries and taken over 70 cruises. His writings have appeared and been cited in various media outlets such as Yahoo News, MSN, NPR, Drudge Report, CNN, Fox, and ABC News. Ben currently resides in Cincinnati, Ohio. Follow Ben on Instagram. Visit Ben Souza on Linkedin. You may email Ben at [email protected]
Cruise TipsBookingCheapest Weeks of the Year to Take a Cruise | Best Times...
Previous article
Cruise Line Shortening Port Visits at Over 10 Ports
Next article
Royal Caribbean Ditching Vaccine Requirement for Some Homeports in the U.S.

7 Most Romantic Cruises for Couples to Take in 2023

7 Most Romantic Cruises for Couples to Take in 2023