With cruise3sixty in full swing in Fort Lauderdale, Florida, several cruise lines have made major news announcements this week. Here is a rundown to some of the changes that are coming to Norwegian Cruise Line, Royal Caribbean, and MSC Cruises. 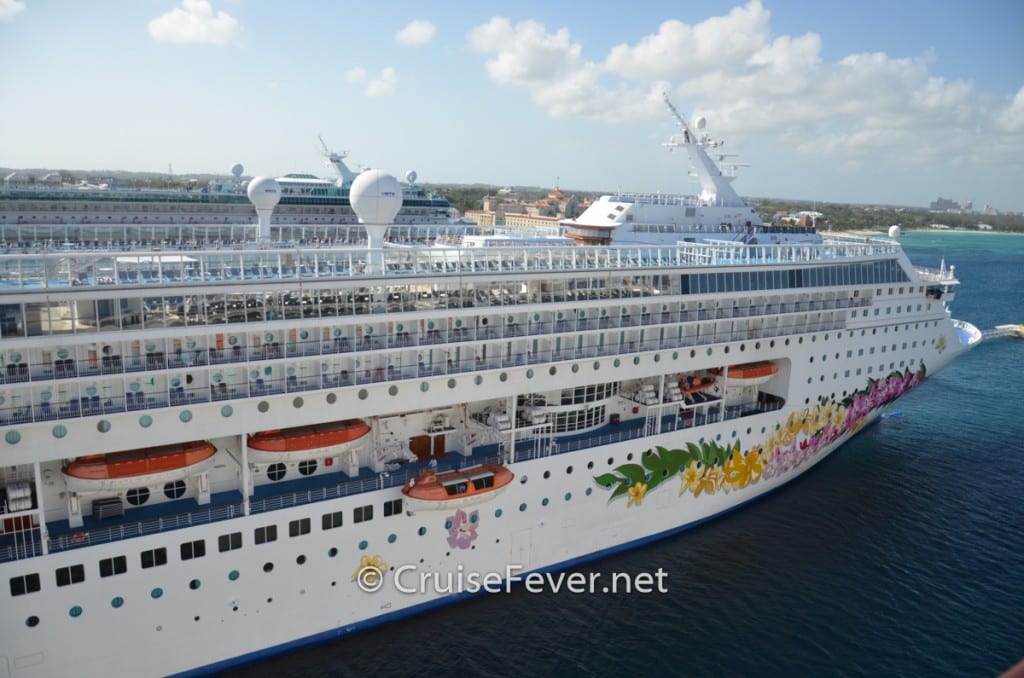 Norwegian Cruise Line announced today that starting in January 2016, the Norwegian Sky will move to a nearly “all-inclusive” cruise.  Passengers will receive free unlimited beer, wine, and premium spirits.  Passengers under 21 will receive unlimited soda and juice as part of their cruise fare.

Some of the best deals on cruises to the Bahamas can be found on the Norwegian Sky.  Andy Stuart, Norwegian’s President and COO, said that cruise fares will rise due to this all inclusive option but it won’t rise by much. The December 5, 2016 sailing currently has prices as low as $50 per night/person.  Prices for all dates can be found at the end of this article.

MSC Cruises announced that the MSC Divina will once again be sailing year round out of PortMiami beginning in November 2015.  The ship will sail to the Caribbean out of Miami until at least the spring of 2017.  In the fall of 2017, MSC Seaside will begin to sail out of Miami to the Caribbean.

The cruise line also announced a change that should be well received by travel agents.  In June 2015, MSC will be launching MSC Book, a completely new booking engine that will come with interactive deck plans, customize search, a new reporting dashboard, and will let agents compare up to three cruises side by side on a single page.

Royal Caribbean announced this week during their first quarter financials that the cruise line plans on doing away with last minute discounts on cruise fares.  Cruises two to four nights in length will not be affected by this change in policy.

CEO and Chairman of Royal Caribbean, Richard Fain, said that last minute discounting was “disruptive” to loyal passengers and travel agents.  While this news won’t be received well by those who long for those killer last minute deals, it should allow for more late upgrades as more cabins will likely be available.

Cruise Fever reported back in October that Royal Caribbean was attempting to do away with last minute cruise deals.  The cruise line cited an attempt at improved customer satisfaction for the reason for the change.  Empty cabins mean less passengers on board. It is no secret that sailing on a cruise that is less than capacity is more enjoyable due to shorter lines around the ship and an increased crew to passenger ratio.  This gives passengers a better cruise experience which the cruise line hopes will make for more repeat cruisers.

Ben Souza
Ben is a world traveler who has visited 40+ countries and taken over 70 cruises. His writings have appeared and been cited in various media outlets such as Yahoo News, MSN, NPR, Drudge Report, CNN, Fox, and ABC News. Ben currently resides in Cincinnati, Ohio. Follow Ben on Instagram. Visit Ben Souza on Linkedin. You may email Ben at [email protected]
Cruise NewsCruise News Roundup: Royal Caribbean, Norwegian, & MSC Cruises
Previous article
MSC Cruises Cuts Steel on Next Generation Cruise Ship
Next article
5 Reasons Why You Should Book an Alaskan Cruise on the Ruby Princess