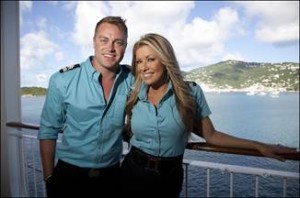 Update:  It appears that Love for Sail has been canceled by Lifetime.  The first two episodes were shown but the show has not been broadcast the past two Tuesday nights and is not scheduled to appear this coming Tuesday as well.  There has been no official word from Lifetime on the status of the show.

I wasn’t long into the the premier of Lifetime’s new reality show, Love for Sail, when I realized this wasn’t going to be the Love Boat.  It was going to be Cougartown meets Jersey Shore on Norwegian Cruise Line.

I was excited when I first heard about a reality show that was going to take place on several NCL ships including the pride of their fleet, the Norwegian Epic.  This modern day Love Boat was going to take single men and women, match them up on dates, and help them find love at sea.

As an avid cruiser, I was looking forward to seeing the different ships where the show was filmed on.   I  was expecting to see what made each ship unique and set NCL apart from the other cruise lines.  After all, spokesman AnneMarie Mathews said that executives have seen that the brand and cruising will be portrayed positively.  This left me wondering, did we watch the same show?

The pilote episode was filmed on the Norwegian Pearl.  However, I lost count the number of times where the Norwegian Epic was shown.  They would show the deck of the Pearl and then switch camera angles and show the deck of the Epic.  I understand that this was most likely the producers of the show who did this but it seemed to be very misleading.  If the episode was filmed on the Pearl, why would they show various views of the Epic over 20 times?

Love for Sail will likely only appeal those who enjoy watching shows such as the Bachelor and Bachelorette.  The show will also appeal to those who enjoy watching reality TV with cast members as fake as the diamond ring I gave to my girlfriend back in the 3rd grade.  Each of the 8 episodes will feature different men and women, each on a 7 night cruise.

The show did not showcase the ship or NCL at all.  All of the scenes where shot at a table in a restaurant, a few views of the suites, a hot tub, sun deck, and by the railings overlooking the ocean.  The only thing it really showcased was the beautiful sunsets that you get to witness while at sea.  The 4 ladies stayed in the Haven, the largest suite at sea.  The 6 men were paired up in inside staterooms, which were briefly shown.  In fact, when the Pearl stopped in Jamaica, it was portrayed in a better light than the cruise ship.

When NCL was featured on the CBS hit show Undercover Boss, the cruise line was featured in a positive light and viewers could see the great features of Freestyle Cruising that sets Norwegian apart from other cruise lines.  However, Love for Sail fails miserably in that area.  The focus of the show is not on the cruise ship, but on the men and women trying to find who they want to go on a date with next.

I would be shocked if more than 10 viewers who watch Love for Sail say, “This makes me want to go on a cruise”.

If you enjoy watching six 30 year old men date 40 year old women (who have obviously had plastic surgery) on a cruise ship, then this show might be for you.  If also you missed the first episode and are interested in watching it, it is available for streaming on Lifetime’s website.  However,  you would be better off spending that hour planning your next cruise.

Ben Souza
Ben is a world traveler who has visited 42 countries and taken over 50 cruises. His writings have appeared and been cited in various media outlets such as Yahoo News, MSN, NPR, Drudge Report, CNN, Fox, and ABC News. Ben currently resides in Cincinnati, Ohio. Follow Ben on Instagram. Visit Ben Souza on Linkedin. You may email Ben at [email protected]
OpinionLove for Sail Review, a Cruise Ship Disaster
Previous article
Costa Concordia Captain Ordered to Stay Under House Arrest
Next article
Saga Sapphire Has Engine Problems on Inaugural Cruise