Princess Cruises announced an industry-first and one of a kind partnership with Stephen Schwartz this week that promised to take “cruise line entertainment to a whole new level”. 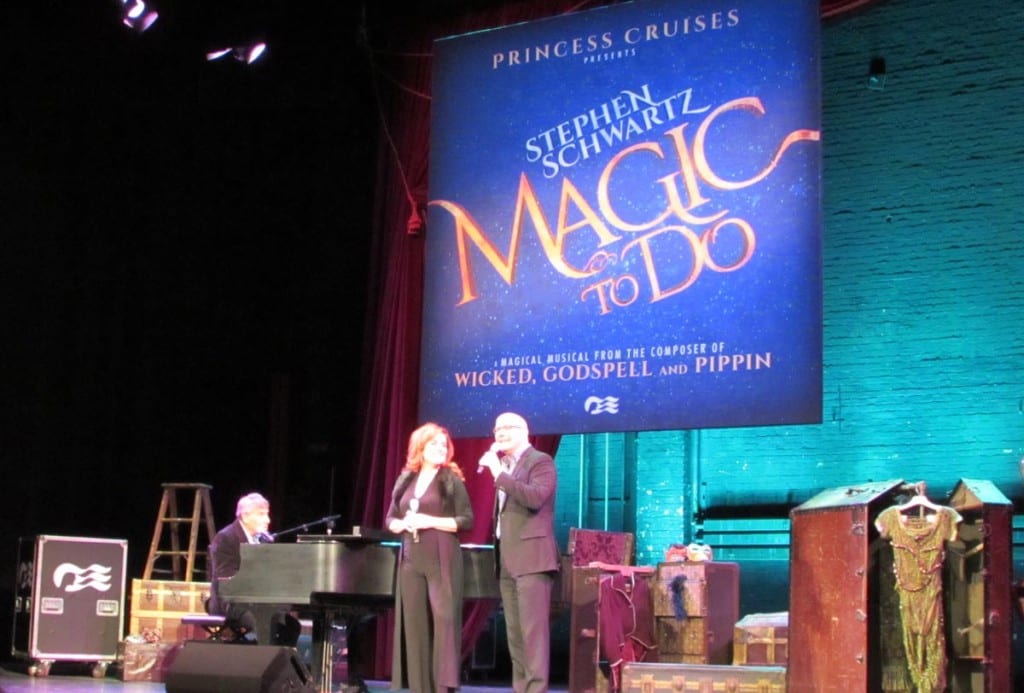 Stephen Schwartz has won three Oscars, four Grammys, three Academy Awards for Best Song and Score (The Prince of Egypt and Pocahontas), has been nominated for six Tony Awards, and has a star on the Hollywood Walk of Fame.  He is also the only songwriter in Broadway history to have three different shows run more than 1,900 performances.  Schwartz is most known for composing the Broadway hits Wicked, Godspell, and Pippin.

This multi-year agreement will have Schwartz overseeing the development of four original new musicals with the first one (Magic to Do) set to debut on the Crown Princess this fall. Magic to Do will combine the art of illusions with some of Schwartz’s most famous songs. Jim Steinmeyer, who has worked with legends David Copperfield and Siegfried & Roy, will create the magic experience.

Stephen Schwartz gave the following statement about this new partnership with Princess Cruises:

“I’m excited about the possibility of using the enormous resources available with Princess to create new and innovative theatrical entertainment. Their onboard theatres are Broadway-caliber venues with state-of-the-art technical capability, and coupled with their access to first-rate performers, I see it as an extraordinary and almost irresistible opportunity.

I have already received overwhelming and enthusiastic interest from talented colleagues – writers, directors, and designers to whom I have spoken – and I hope together we will create new kinds of cruise ship shows to entertain and inspire Princess guests unlike any other productions at sea.”

Auditions for the first show will begin this month in New York.  Following the debut of Magic to Do on the Crown Princess this fall, the show will be rolled out first to Emerald Princess and Ruby Princess and then the entire Princess fleet.

Cruise Fever joined Mike Faust with Cruise Currents and Doug Parker with Cruise Radio in a sit down with Stephen Schwartz and Jill Whelan (Vicki Stubing from the hit TV show The Love Boat) in New York this week and talked about what this new partnership brings to the cruise industry.  You can listen to the interview below.