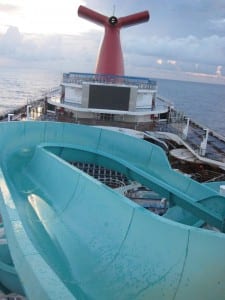 The world’s largest cruise line will once again call Norfolk home in 2015.  On Monday night, newly elected Governor Terry McAuliffe announced this welcomed news to the City of Norfolk in his address to the Joint Assembly.

After sailing from the city for years, Carnival moved the cruise ship Glory to the cruise port capital of the world Miami,  Florida.  Carnival made headlines in the news at the time citing high fuel costs and environmental rules as the reason.

The governor has made it one of his goals to bring more cruise ships to the city to help grow tourism across the state.  There are an estimated 8.1 million adults within a five hour drive of Norfolk and the governor is trying to encourage cruise ships to offer regular, homeport service.

The mayor of Norfolk, Paul D. Fraim, released the following statement: “Norfolk is thrilled to welcome the world’s largest cruise line back in 2015. Carnival’s decision confirms Norfolk serves an important role in the competitive cruise industry. The seasonal voyages will complement our already robust schedule of stop-over cruises.”

Carnival has not announced which cruise ship that they intend to relocate to Norfolk.  The current plan is to have a Carnival cruise sailing from Norfolk in the spring or fall of 2015.

Residents in the area are hoping for longer cruises that stop in more exotic ports than they have had in the past.  The Glory stopped in ports in the Bahamas but ports in Bermuda or the popular Caribbean would be a welcomed change.

Ben Souza
Ben is a world traveler who has visited 40+ countries and taken over 70 cruises. His writings have appeared and been cited in various media outlets such as Yahoo News, MSN, NPR, Drudge Report, CNN, Fox, and ABC News. Ben currently resides in Cincinnati, Ohio. Follow Ben on Instagram. Visit Ben Souza on Linkedin. You may email Ben at [email protected]
Cruise NewsCarnival Cruise Line Headed Back to Norfolk
Previous article
Princess Cruises Raising $1 Million for the American Heart Association
Next article
Norwegian Epic Leaving Miami For Barcelona in 2015