Which Cruise Lines Have the Most Cruise Ships

Cruise lines are building more cruise ships than ever before.  With over 300 cruise ships in the world, there are always at least 500,000 people on a cruise ship at any given time.  Yes, we wish we were one of them right now. 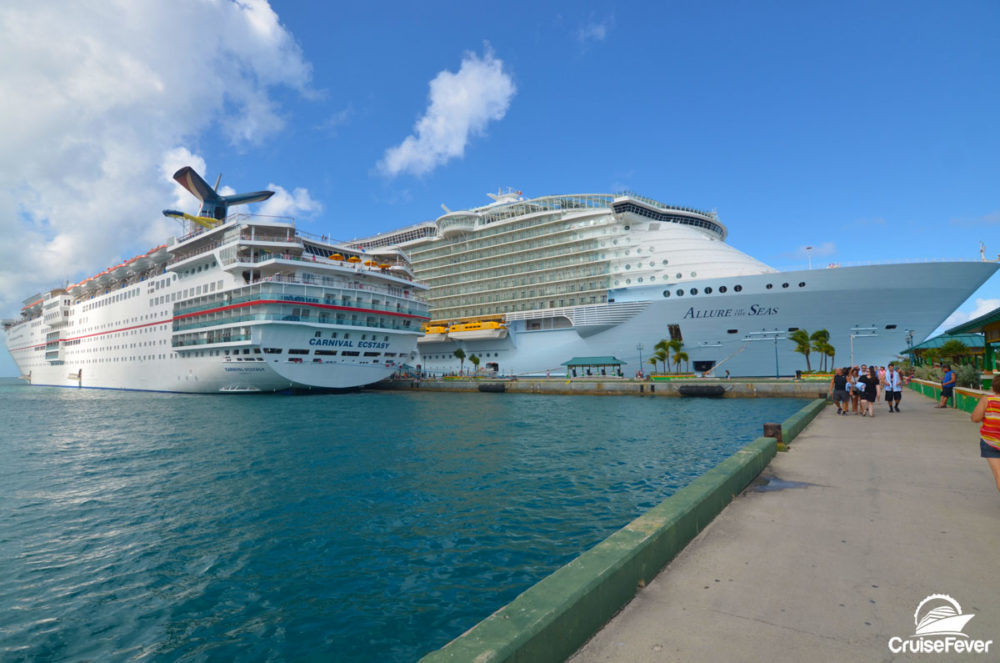 Carnival Cruise Line has more cruise ships than any other cruise line in the world.  The World’s Most Popular Cruise Line, Carnival carries more passengers each year than anyone else.  Carnival has 26 cruise ships in service across eight different class of ships.

Royal Caribbean has a wide range of cruise ships that can vary from 48,000 gross tons (Empress of the Seas), to the Oasis class that are 225,000+ gross tons.

The cruise line featured in the hit TV show Love Boat, Princess Cruises has the third largest fleet out of all the cruise lines.  Their ships vary from 688 passengers to 3,600 passengers.

Norwegian Cruise Line changed the way we dine at sea by revolutionizing dining on cruise ships.  Their Freestyle Dining has been copied by virtually every cruise line. Norwegian also was at the forefront of adding multiple specialty dining venues onboard their cruise ships.

Norwegian Cruise Line currently has 16 cruise ships in service (including Norwegian Bliss) with an additional five on order.

The number one cruise line in Europe, MSC Cruises is also the largest privately owned cruise line in the world.  MSC is in the early stages of a massive expansion plan that will see 12 new cruise ships over a ten year period.  No other cruise line has as many new ships on order as MSC Cruises.

You’ll be hard pressed to find more beautiful cruise ships at sea than those that sail with MSC Cruises.

Holland America Line’s 14 cruise ships can be found sailing all around the world, from the Caribbean to Alaska to Europe.  The cruise line has stayed away from building mega ships with every ship below 100,000 gross tons in size.  Holland America is one of nine cruise lines owned by Carnival Corporation.

Based primarily in Europe, this branch of Carnival Corporation has a fleet of 14 cruise ships.

AIDA Cruises is a German cruise line owned by Carnival Corporation.  They currently have 12 cruise ships in their fleet and are known by the lips painted on the hull.

Celebrity Cruises currently has two classes of cruise ships to go along with one expedition ship.   Celebrity Cruises describes themselves as “modern luxury” and is a subsidiary of Royal Caribbean.

While Viking Cruises currently only has four ocean cruise ships in service, that number is about to multiply.  The cruise line an additional dozen ships ordered that will bring their fleet to 16.

Each ship carries 930 passengers, every stateroom has a balcony, and there’s a no nickel and diming on board.

Ben Souza
Ben is a world traveler who has visited 42 countries and taken over 50 cruises. His writings have appeared and been cited in various media outlets such as Yahoo News, MSN, NPR, Drudge Report, CNN, Fox, and ABC News. Ben currently resides in Cincinnati, Ohio. Follow Ben on Instagram. Visit Ben Souza on Linkedin. You may email Ben at [email protected]
MiscellaneousWhich Cruise Lines Have the Most Cruise Ships
Previous article
Cruise Ship Heads to Dry Dock, Will Emerge Offering All-Inclusive Caribbean Cruises
Next article
The 10 Most Overlooked Cruise Expenses and How to Avoid Them