Viking Cruises, the world’s leading river cruise line, has announced that they have placed an order for seven new river ships that will debut in 2019. 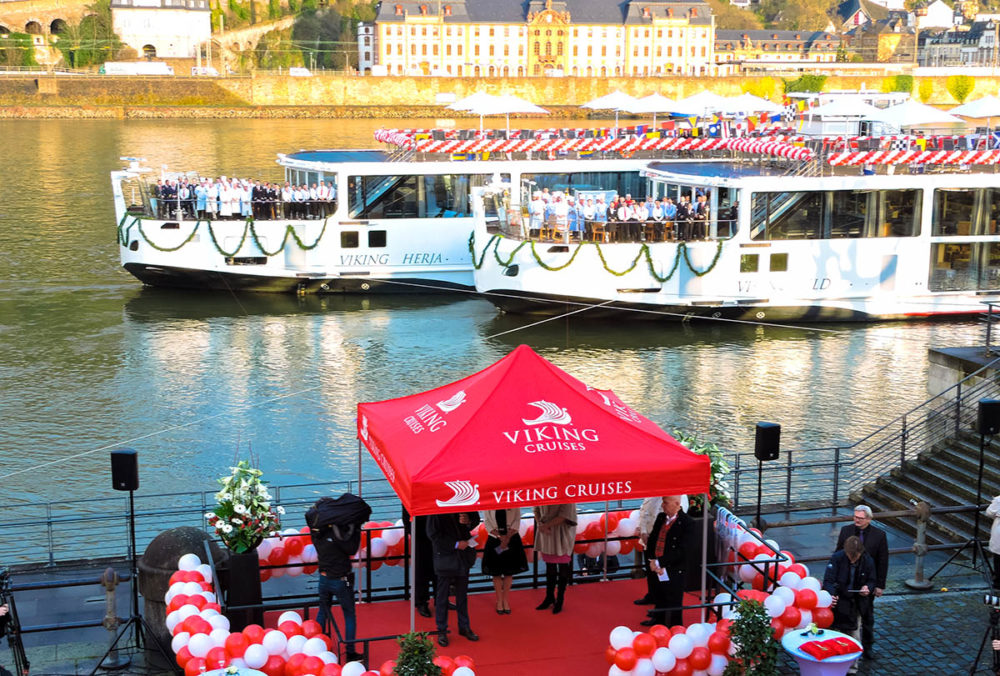 The newbuild order includes six additional award-winning Viking Longship®, which will sail the company’s most popular itineraries on the Rhine, Main and Danube Rivers, and one additional vessel, inspired by the Longships and specifically designed for Portugal’s Douro River. This announcement comes on the heels of Viking being named the #1 River Cruise Line by Condé Nast Traveler in the publication’s 2017 Readers’ Choice Awards.

With the addition of the new river ships, Viking will operate a fleet of 69 river vessels around the world in 2019. Also by 2019, Viking will welcome its sixth ocean ship and will become the largest small ship ocean cruise line.

Of the seven vessels on order for 2019, six are Viking Longships, which have amassed a long list of prestigious awards since their debut.

Viking Longships integrate a patented corridor design and cutting-edge technology with comfortable amenities that reflect guest preferences and current travel trends. These features include a revolutionary all-weather indoor/outdoor Aquavit Terrace that reinvents the onboard lounge experience by bringing the panoramic outdoor river scenery indoors with retractable floor-to-ceiling glass doors and allows guests to enjoy the views and dine al fresco.

Accommodating 190 passengers in 95 staterooms, Viking Longships have a patented layout that allows for two Explorer Suites – the largest river cruise suites in Europe – as well as seven two-room Veranda Suites with a full-size veranda in the living room and a French balcony in the bedroom; 39 Veranda Staterooms with full-size verandas; and 22 French Balcony Staterooms.

Staterooms include comfortable amenities such as hotel-style beds, heated bathroom floors, mini fridge, and both U.S. and EU outlets. Additionally, all Viking Longships have sustainability upgrades, such as onboard solar panels and organic herb gardens, and energy-efficient hybrid engines that also reduce vibrations for a remarkably smooth ride.

Viking’s additional ship on order for 2019 will be designed specifically for the company’s Portugal’s River of Gold itinerary. As a result of high customer demand, the new sister ship will join Viking’s existing fleet of three ships on the Douro. Hosting 106 passengers in 53 staterooms, the Douro ships are smaller than Viking Longships, but feature many of the same popular features – including an Aquavit Terrace, a wide variety of stateroom choices, onboard solar panels and an organic herb garden, as well as Viking’s signature Scandinavian design aesthetic.

Ben Souza
Ben is a world traveler who has visited 40+ countries and taken over 70 cruises. His writings have appeared and been cited in various media outlets such as Yahoo News, MSN, NPR, Drudge Report, CNN, Fox, and ABC News. Ben currently resides in Cincinnati, Ohio. Follow Ben on Instagram. Visit Ben Souza on Linkedin. You may email Ben at [email protected]
Cruise NewsViking Cruises Orders Seven More River Ships
Previous article
Carnival Offering $50 Down Payments on Cruises with Free Upgrades
Next article
One Time Enough For Cuba? In the Long Run: Nope