Quantum of the Seas Headed to China in 2015 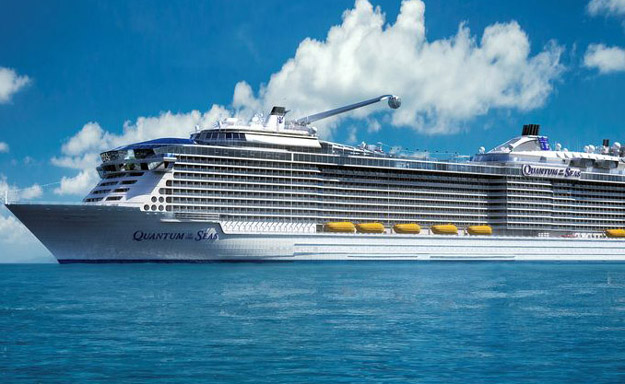 Royal Caribbean made a surprising announcement when the cruise line said that the much anticipated Quantum of the Seas will be based in China in 2015.  The 4,000 passenger cruise ship is scheduled to be completed in late 2014 and will first sail voyages to the Bahamas and Caribbean out of New Jersey.

After 5 months of sailing to the Caribbean, the Quantum will head to China in May 2015 where the ship will sail 3 to 8 night cruises to Japan and Korea. This has left many travel agents and passengers disappointed as they were excited about sailing on the Quantum to the Caribbean in the summer of 2015.

However, the New York cruise market will not be left without a Royal Caribbean cruise ship.  The Liberty of the Seas will be moving to New York in the summer of 2015.

There is good news for those who are unable to sail on the Quantum of the Seas for the 5 months that the ship will be in the northeast. Her sister ship, the Anthem of the Seas, will move to New York for the winter 2015-2016 season.  The Liberty of the Seas will then move to Galveston, TX and the Navigator of the Seas to Ft. Lauderdale, FL.

The decision to base the Quantum of the Seas in China was based strictly on business.  RCCL wanted a newer cruise ship to compete against the older ships that other cruise lines have sailing from China.

Adam Goldstein, the COO and president of Royal Caribbean Cruises, said that the Chinese market places a high value on newer, top quality products.  The cruise line decided to make the bold move of having the most advanced ship in the region.