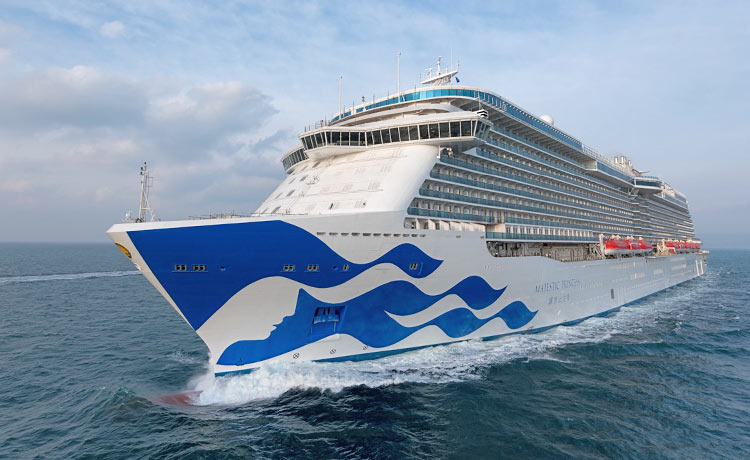 The cruise line’s first international luxury ship tailored for the China market, will start her inaugural season in Europe until May and then embark on a repositioning cruise themed the Silk Road Sea Route journey to her new homeport in Shanghai where she will begin her first homeport season in July. 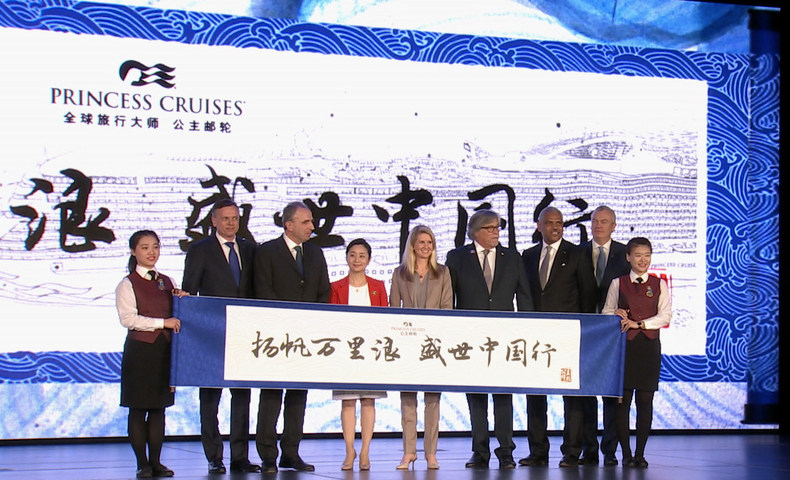 After the successful handover from Fincantieri, Majestic Princess sets sail on a preview cruise (March 31 to April 4) that will include loyal Princess guests, international media, travel agent partners and brand partners from around the world, including many guests from China.

Departing April 4, 2017, the 143,000-ton Majestic Princess will sail on her inaugural voyage, a five-day Adriatic Sea cruise roundtrip from Rome with stops in Kotor and Corfu. Following her maiden cruise, Majestic Princess will tour Europe, offering guests a chance to experience the ship on 7-, 14-, 21- and 28-day cruises departing from Rome, Barcelona or Athens.

On May 21, Majestic Princess will embark on the “Silk Road Sea Route” a 49-day journey from Rome to Shanghai. During the voyage she will visit a total of 22 ports including Athens, Dubai, Cochin, Singapore, Port Klang and Xiamen before arriving in Shanghai, her new homeport in China. Majestic Princess will begin her first cruise from China on July 11 carrying 3,560 guests to a variety of cruise destinations.

Jan Swartz, Princess Cruises and Carnival Australia group president, gave the following statement about this new cruise ship from Princess: “Majestic Princess has arrived and we are thrilled to add this new jewel to our crown representing the newest, most stylish and most luxurious flagship to our fleet. We are ready to deliver an exceptional international cruise vacation experience to our guests.”

Princess Cruises is a global cruise line with 18 cruise ships that carry 2 million guests a year and visit more than 360 ports of call on 150 different itineraries.  Princess is one of 10 cruise brands owned and operated by Carnival Corporation.

Ben Souza
Ben is a world traveler who has visited 40+ countries and taken over 70 cruises. His writings have appeared and been cited in various media outlets such as Yahoo News, MSN, NPR, Drudge Report, CNN, Fox, and ABC News. Ben currently resides in Cincinnati, Ohio. Follow Ben on Instagram. Visit Ben Souza on Linkedin. You may email Ben at [email protected]
Cruise NewsPrincess Cruises' Most Luxurious Cruise Ship Joins Fleet
Previous article
Norwegian Cruise Ship Returns to the Caribbean as a Nearly New Ship
Next article
Royal Caribbean Moving Freedom of the Seas to San Juan