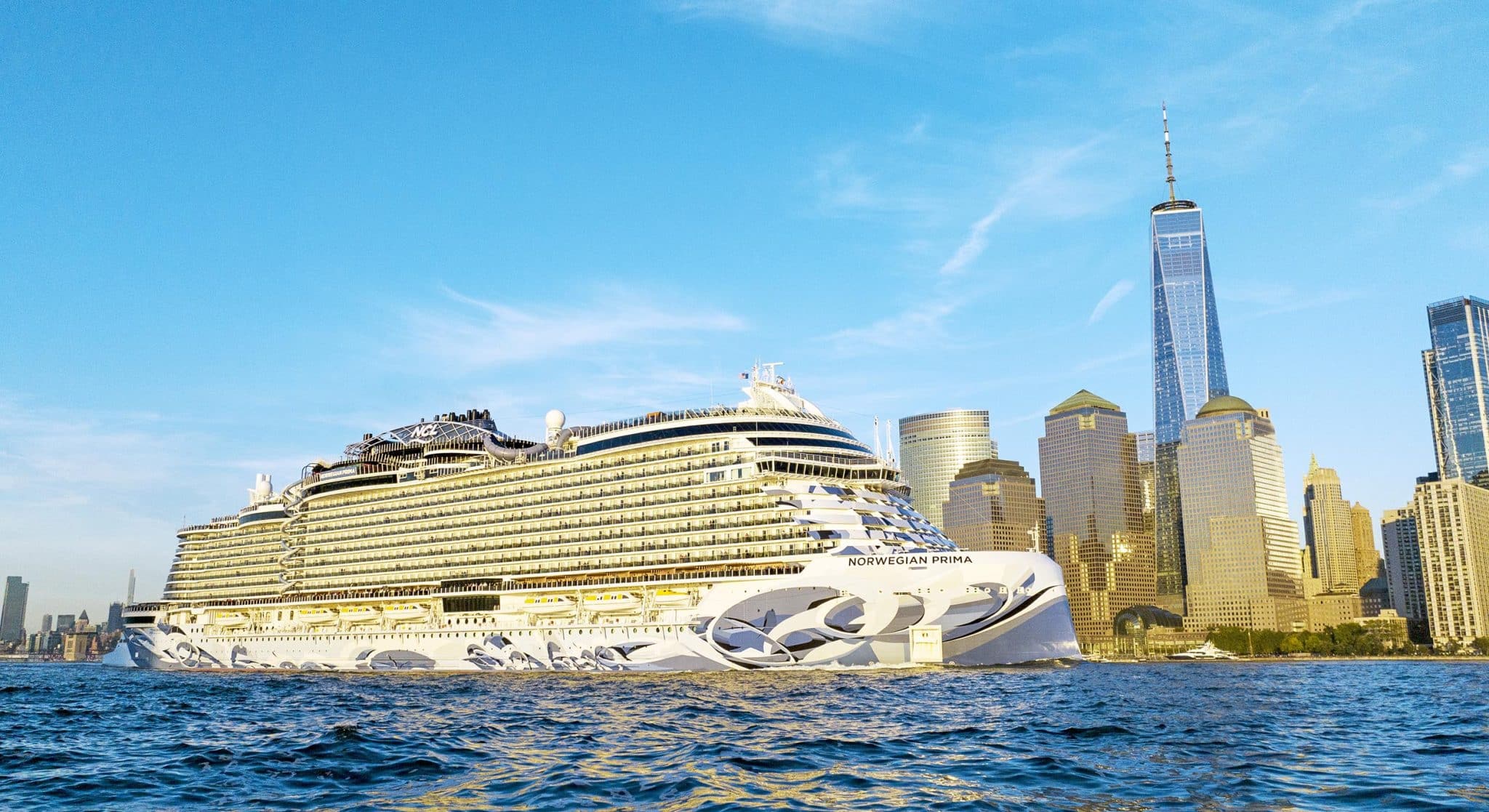 Norwegian Prima’s first cruise from the U.S. was a four night sailing from New York with two port stops in Canada.  The cruise ship will sail one more cruise from New York before a 12 night repositioning voyage to Galveston.  The vessel will also offer cruises from Miami and Port Canaveral before the end of the year.

As the newest ship in Norwegian Cruise Line’s 18-ship fleet, Norwegian Prima, made her grand U.S. debut in New York City on October 6, 2022 following a historic launch as the first major cruise ship to be christened in Reykjavik, Iceland.

For the first time in the U.S., Norwegian Prima welcomed more than 2,400 guests who enjoyed unparalleled elevated experiences only available on NCL’s Prima Class, including the world’s only and largest three-level racetrack at sea with the Prima Speedway.

“As a native New Yorker this city is dear to me as well as to our Company, where NCL has been sailing from the Big Apple since 1991, so we are thrilled that our newest ship, Norwegian Prima, completed her first U.S. voyage in New York City,” said Norwegian Cruise Line President and Chief Executive Officer Harry Sommer. “We are very excited to show travelers all that Norwegian Prima has to offer, including more wide-open spaces, thoughtful design and elevated service that will exceed guest expectations.”

Norwegian Prima is the first of six cruise ships in NCL’s groundbreaking Prima Class. At 965 feet (294 meters long) and more than 143,535 tons with capacity for 3,100 guests at double occupancy, Norwegian Prima offers the highest staffing levels and space ratio of any contemporary or premium cruise ship.

Ben Souza
Ben is a world traveler who has visited 42 countries and taken over 50 cruises. His writings have appeared and been cited in various media outlets such as Yahoo News, MSN, NPR, Drudge Report, CNN, Fox, and ABC News. Ben currently resides in Cincinnati, Ohio. Follow Ben on Instagram. Visit Ben Souza on Linkedin. You may email Ben at [email protected]
Cruise NewsNorwegian Cruise LineNorwegian's Newest Ship Cruises From the U.S. for the First Time
Previous article
Best Things to Do in Harvest Caye, Belize on Your Cruise
Next article
Cruise Ship Serving as Floating Hotel During World Cup